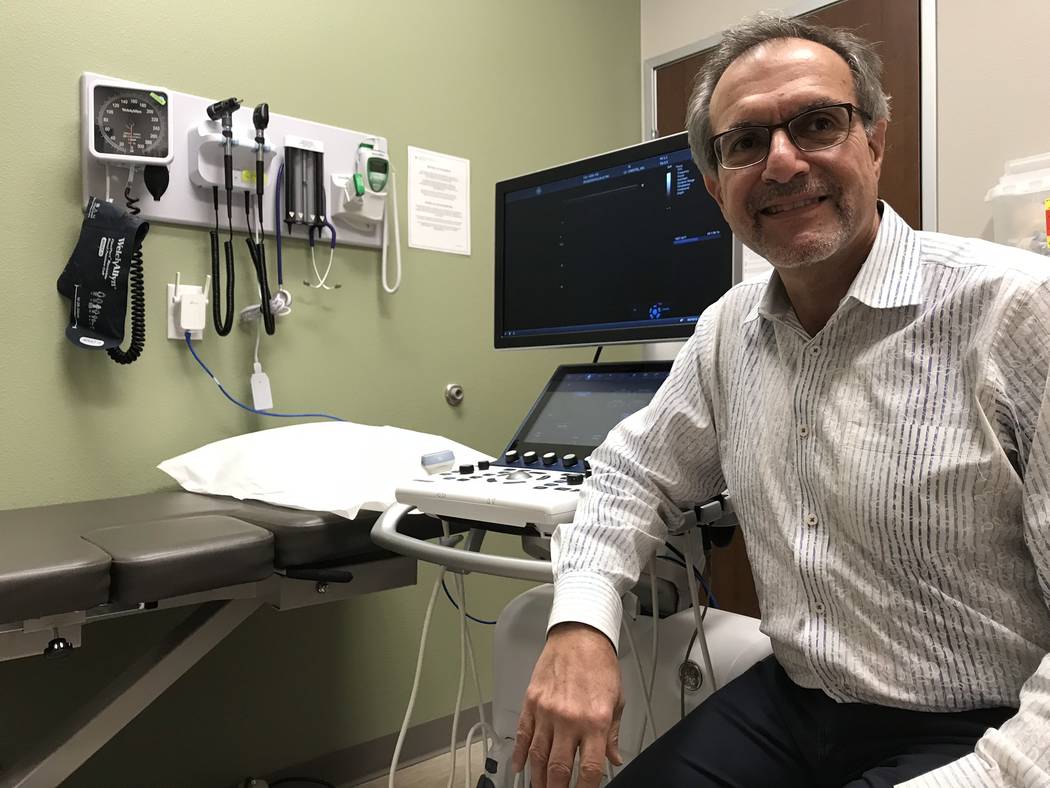 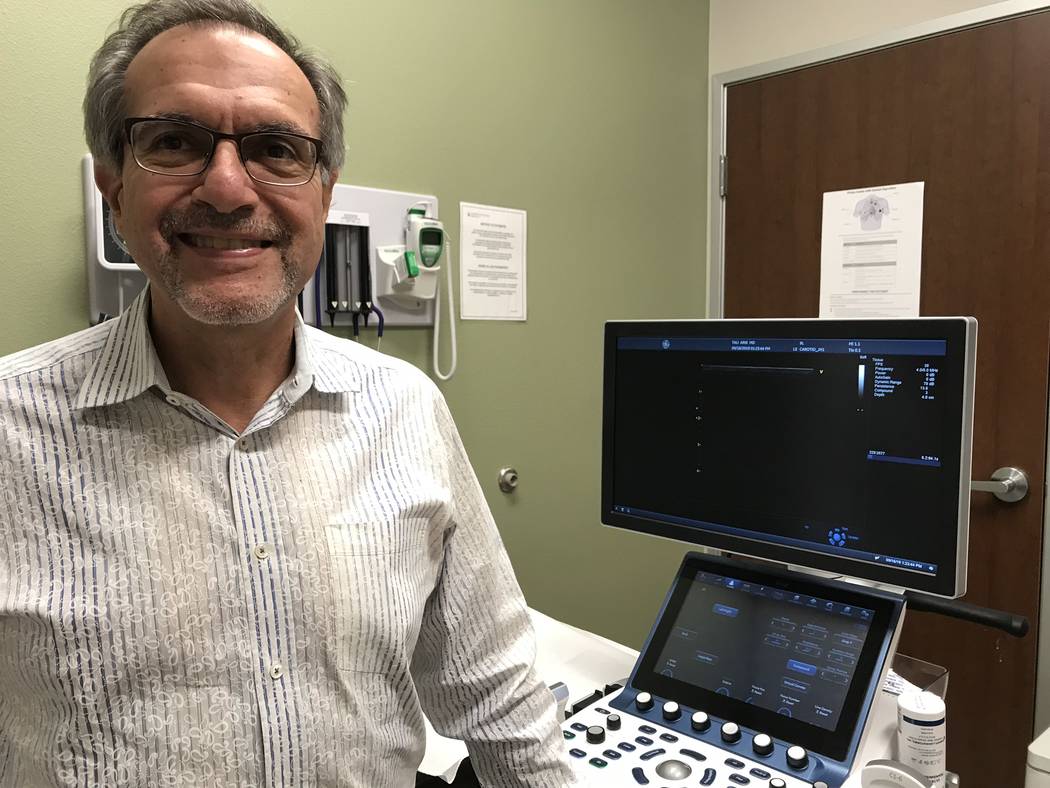 Jeffrey Meehan/Pahrump Valley Times Dr. Tali Arik, longtime cardiologist in Pahrump, is bringing advanced offerings to the Pahrump area, limiting the need to travel to Las Vegas for medical care. Arik, who started practicing in the Pahrump area in 2005, opene his Pahrump Cardiology in April 2019. 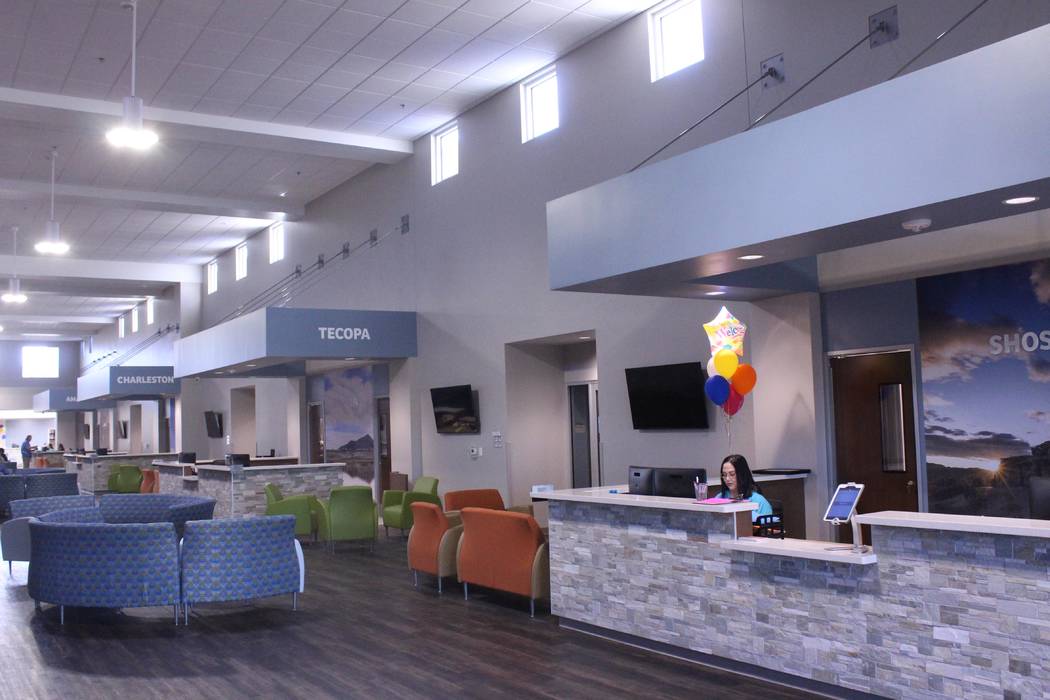 Jeffrey Meehan/Pahrump Valley Times Pahrump Cardiology, which opened in April 2019, is in the HealthCare Partners' building on 1397 S. Loop Road. The practice is in the what is now the former Juniper pod. 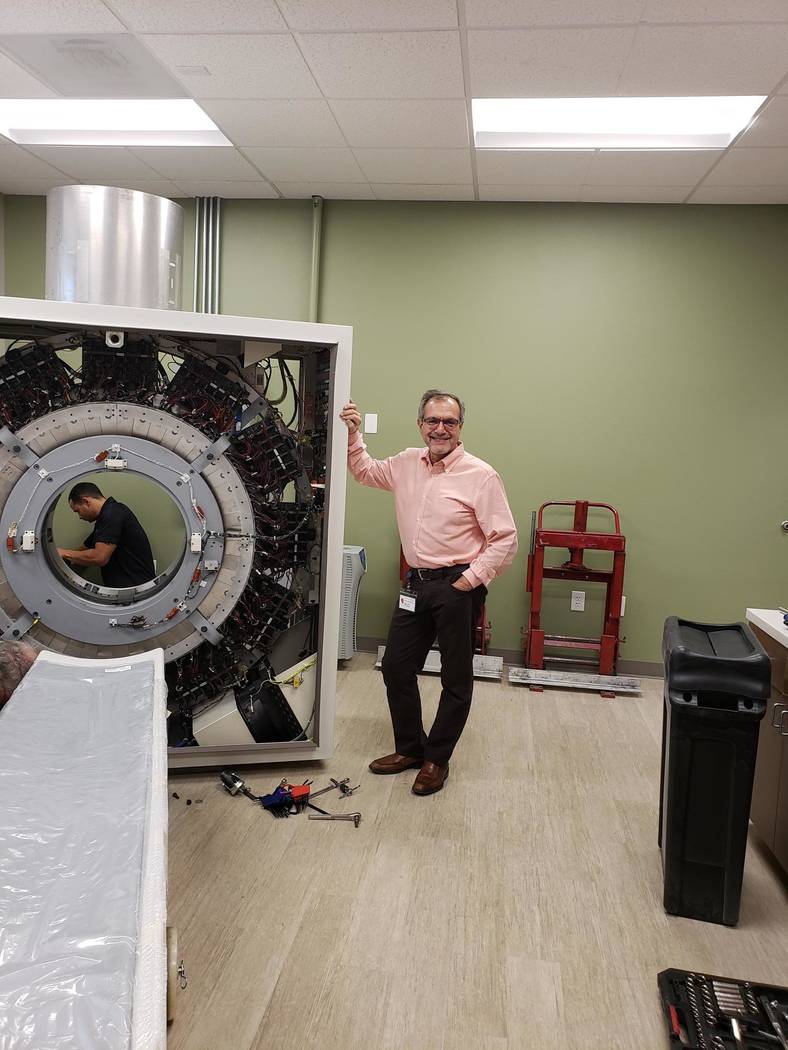 A longtime cardiologist in Pahrump has increased the level of services being offered to patients in the southern Nye County area.

Dr. Tali Arik opened Pahrump Cardiology, which focuses on early detection of heart disease, inside the HealthCare Partners building on Loop Road in the spring of 2019. In addition to his many years of experience in cardiology, Arik is bringing the latest cardiac imaging equipment to the Pahrump area.

Arik said he is providing “some things that really are as good as someone would get if they went to Las Vegas or a major medical center.”

Pahrump Cardiology, which carries a staff of about a half-dozen, is offering patients position emission tomography (PET) scans, which Arik added to his set of advanced imaging equipment in the first part of October.

Arik explained there are three big advantages of getting a PET scan over conventional nuclear stress testing.

“The three huge advantages are better image quality, one-tenth of the radiation exposure as a conventional nuclear stress test and the speed of which the study is done,” he said.

“One of the problems with conventional nuclear scanning is that about half the tests have imaging artifact, which can be related to a variety of things…,” he said.

With his additional offerings, Arik said he is eliminating the need to travel to Las Vegas for care.

“We’ve pretty much eliminated that,” he said. “Obviously, for any invasive procedure, something like that, they’ll always have to do that.”

Arik has been practicing in Pahrump for about 14 years.

He began practicing in the Nye County area in 2005, initially coming out every two weeks from Las Vegas, where he lived at the time.

Arik’s presence in the Pahrump Valley increased over time, and he was coming out three times a week to Pahrump after joining HealthCare Partners in 2012.

He moved to Pahrump permanently in 2014.

Arik received his medical training in the early to mid-80s in Phoenix, later moving to the Las Vegas area.

“I enjoy this very much, and I’m very committed to being here, obviously,” he said. “I’ve gone to a lot of effort and expense to create a private business here with some risk involved—obviously some financial risk, taking all this on, very significant.”

Arik said his PET scan could be available six days a week.

“A lot of people like Saturday hours for convenience, so we’ll probably scan six days a week,” he said.

Arik, formally with HealthCare Partners, stayed in HealthCare’s Pahrump building for the convenience of his patients, among other reasons.

“Part of why I want to stay here in this building, obviously, is for the convenience of the patients, so they know where to find me,” he said. “Plus, it’s a great setup. There’s no set- up like this in Pahrump.”

Arik was referring to the one-stop design at HealthCare Partners’ Pahrump building, where the complex has a lab, urgent care and other offerings all in one spot.