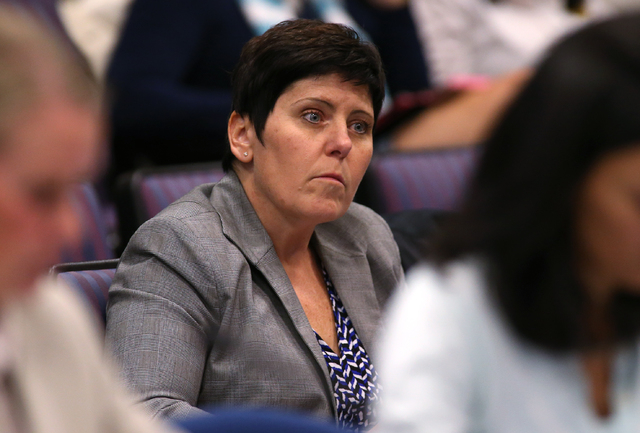 CARSON CITY — State lawmakers heard some bad budget news Monday that will add to the difficulties facing Gov. Brian Sandoval in submitting a balanced spending plan to the Legislature for the coming two years.

Officials with Sandoval’s administration told lawmakers that lower revenues and higher school enrollment than anticipated could dramatically affect the current fiscal year 2015 budget as well, and could even make it difficult to pay the state’s bills if corrective actions aren’t taken.

Mike Willden, chief of staff to Sandoval, said revised projections from the Economic Forum finalized last week reflect about $87 million less in general fund revenue this fiscal year than had been expected.

The shortfall means less revenue for the new budget that will take effect on July 1 next year. Unspent money in the current budget would normally be reverted to the general fund to bolster the next budget.

In a statement following the discussion, Sandoval said: “Our economy continues to show steady signs of solid improvement, unemployment is at its lowest point since the recession and we are seeing quality, sustainable job creation across the state. However, today’s numbers indicate that our revenue streams are not on pace with population growth and the mandatory resources needed to support that growth.”

While he is asking his cabinet to look for additional savings to help improve the state’s ending fund balance, “we must continue to look beyond our traditional revenue sources, which are not recovering at the same pace as the rest of our economy, toward funding mechanisms that compare and complement the growth of our changing economy,” Sandoval said.

Willden outlined about $100 million in opportunities to bolster the ending fund balance, including using $28 million in the state’s rainy day fund. The plan is to completely drain the fund this year, he said.

The result would be an ending fund balance of about $108 million, Willden said.

The shortfall could affect the state’s bond rating if the ending fund balance falls too far below a goal of 5 percent, Willden said. It could also cause cash flow problems, making it difficult for the state to pay its bills.

“Part of the reason we want to make sure we’re north of $100 million in the ending fund balance is for cash flow purposes,” said state Budget Director Julia Teska. “We’re trying to take a conservative approach to solving the problem.”

The budget problems will be discussed further by Sandoval at the Tuesday meeting of the Board of Examiners.

Assemblywoman Marilyn Kirkpatrick, D-North Las Vegas, said she was pleased that the state’s financial picture is finally being clarified by the Sandoval administration.

“I think it’s somewhat eye-opening to know where we sit when we walk into session,” she said. “Thank God this is finally out. Because we’ve been saying it. Now people can believe it.”

State gaming revenues are lower than expected, as are taxes from the net proceeds of minerals, she said. Taken together these revenues will be about $191 million below projections for the current two-year budget, Teska said.

On the expenditure side, the biggest issue is higher-than-projected enrollment in the public schools this year, Teska said. The enrollment projection for the current year is 9,000 students more than budgeted, which will cost the state about $53 million, she said.

Willden said some of the proposals to increase the ending fund balance include taking $6.6 million in salary adjustment money from the Nevada System of Higher Education.

“We’re looking at how all agencies, including the university system, can help us achieve a more solid ending fund balance,” he said.

The budget problems this year will exacerbate the budget challenges faced by Sandoval for his upcoming budget. The Economic Forum last week projected about $6.3 billion in tax revenue for the next two years, less than the $6.7 billion budgeted for the current spending plan. State agencies have requested $7.7 billion in new revenue.