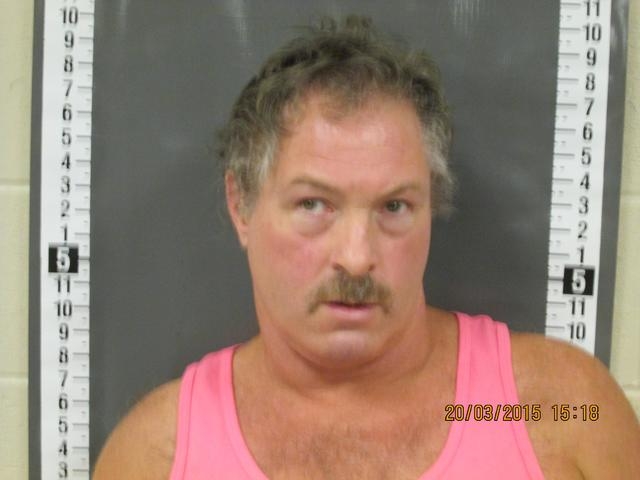 According to an arrest report, Bryan James Alan was arrested for intimidating a public officer and booked into the Nye County Detention Center last Thursday. He posted a $2,500 bond and was released the following day.

A press release from the sheriff’s office stated that Alan threatened Marshall’s life numerous times, saying the law enforcement official should be dead.

According to the arrest report, the investigating detective listened to Alan’s message and heard, “Hey Rick Marshall, you better get out of town. I have a lot more power than you. I will do my best to get you out of town and I’ll have all my friends help me because they all hate you too.”

A second message from Alan allegedly stated: “Hey Rick Marshall, there are a hell of a lot more people in this valley who hate you (sic), who want to see you dead.”

A third message according to the report, was the same as the first.

Detectives also said Alan was aware Marshall is the assistant sheriff for Nye County, but he did not think the calls could be taken as illegal.

Additionally, authorities said Alan singled out Marshall because he believed Marshall pleaded guilty to a crime, and he didn’t believe Marshall should be in political office.

“He was explaining how Rick Marshall should be dead and just in case it wasn’t clear enough, he called back about five minutes later and clarified his wishes,” Billman said. “He actually said ‘I need to amend this,’ and he continued on.”

“At first we really weren’t too worried about it, but apparently at the end of his second message, he realized that the office line actually gives Rick’s private cell phone number out and he proceeded to call Rick directly and leave more voicemails,” she said.

Billman said the Marshall campaign immediately notified the Nye County Sheriff’s Office and reported the threats, while noting she knows nothing about Alan, his motivation or political affiliation.

“One of his messages was very concerning, because he said, ‘We are watching you.’” Billman said. “There’s always a few nuts out there, but I began to get very concerned when he started calling Rick personally.”

At present, Marshall and his opponent, Sharon Wehrly are in a tight race for the office of sheriff.

Nye County Sheriff Tony DeMeo said on Monday that death threats are nothing new to the department’s rank and file, while adding they always take the threats seriously.

“There are members of the Nye County Sheriff’s Office who have had their lives and the lives of their families threatened as well, and we do what we have to do,” DeMeo said. “We search these individuals down and take them into custody and that’s basically what happened this time. The threats sounded real when I heard them and we investigated to determine what the intent of this individual was.”

Billman, meanwhile, who has managed many a campaign for more than a decade, said she’s never experienced death threats during previous elections.

“I’ve been doing this more than 15 years and I’ve never seen or heard of death threats because it’s something other people would talk about.”

“This particular campaign seems to be a bit more boisterous than anything else I’ve ever seen or been involved in as far as making up wild stories, making up lies and even editing tape,” she cautioned. “Anytime we put anything out there for the news, they take it, and edit it and market it out there as if it’s real, right down to darkening the picture so you can’t tell it was edited,” she said. “

Additional charges are possible for threatening phone calls and for threats to life.

Detectives are also following up on several leads as the investigation is ongoing.