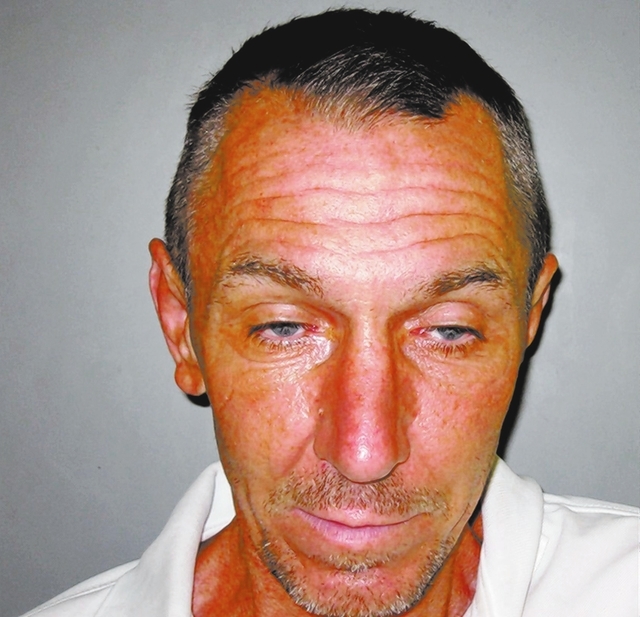 A defendant who was denied a recognizance release from custody two weeks ago in District Court after deputies were forced to take him to the hospital multiple times for eating inedible objects such as a pencil and eyeglasses, was released from custody last week with the condition he immediately be seen by a mental health professional.

John Oliveira, 46, appeared in District Court Friday morning to change his plea in two cases before the court, one involving a charge of offense involving stolen vehicle, the other a single charge of burglary.

On Oct. 25 Oliveira pleaded not guilty to the charges after his attorney said they were in negotiations with the District Attorney’s office to strike a deal to resolve both cases without having to go to trial.

At that time, Judge Kimberly Wanker denied a motion to release Oliveira on his own recognizance, despite the fact his attorney, Harry Kuehn, said the defendant was in poor health and had cost the county money in overtime and hospital trips after Oliveira reportedly ate several inedible objects on at least two occasions, including a Styrofoam plate and eating utensils.

Wanker said at the time she felt for the plight of the deputies who had to sit and watch him 24/7 in the hospital and jail to make sure he caused no further harm to himself; she did not want to reward his bad behavior by letting him out of custody.

The judge changed her ruling last week, however, after Oliveira pleaded guilty to a single charge of offense involving stolen vehicle as part of a plea deal reached in the case and a local mental health counseling service agreed to evaluate him at their office that afternoon.

Oliveira’s attorney renewed the motion after telling the judge his client does substantially better with his mental health out of custody.

“It’s my understanding that he’s been told he has four to six months to live,” Kuehn said. “It’s my understanding he does substantially better with his mental health out of custody and out of isolation, where they’ve had to keep him over the last several months … I think there is also a very low likelihood of a repeat offense because he’s essentially crippled himself up by swallowing these things. It would be pretty hard for him now to walk into a liquor store, grab a 12-pack and evade capture when he’s hobbling with one hand clamped to his chest. No sarcasm intended, your honor, but I think his potential to commit new crimes had been substantially diminished by the harm he has caused himself.”

Wanker told Oliveira she was still leery about letting him out of custody, but if he could be seen that day, the moment he was let out of custody by a mental health professional to assess him for treatment, she would grant the recognizance release.

“Here’s the problem, if he’s not being watched, he’ll walk away; if he’s in a facility, he becomes belligerent. So this is all of his own doing,” she said. “I still have some concerns here. I really think for your own well-being Mr. Oliveira, I want you to do well and I’m not necessarily opposed to letting you out to get treatment, but I want to know what the plan is.”

The judge then told Oliveira and his attorney if they could get confirmation that he could either be admitted to the mental health specialty court in Las Vegas or could show her that he had an appointment lined up to be seen by a local health professional, she would grant the motion.

Soon after she remanded him back into the custody of the sheriff’s office, the court received word Pahrump Mental Health Center would see him and Wanker granted his release from jail.

Oliveira is scheduled to be back in District Court Feb. 28, 2014 for sentencing.