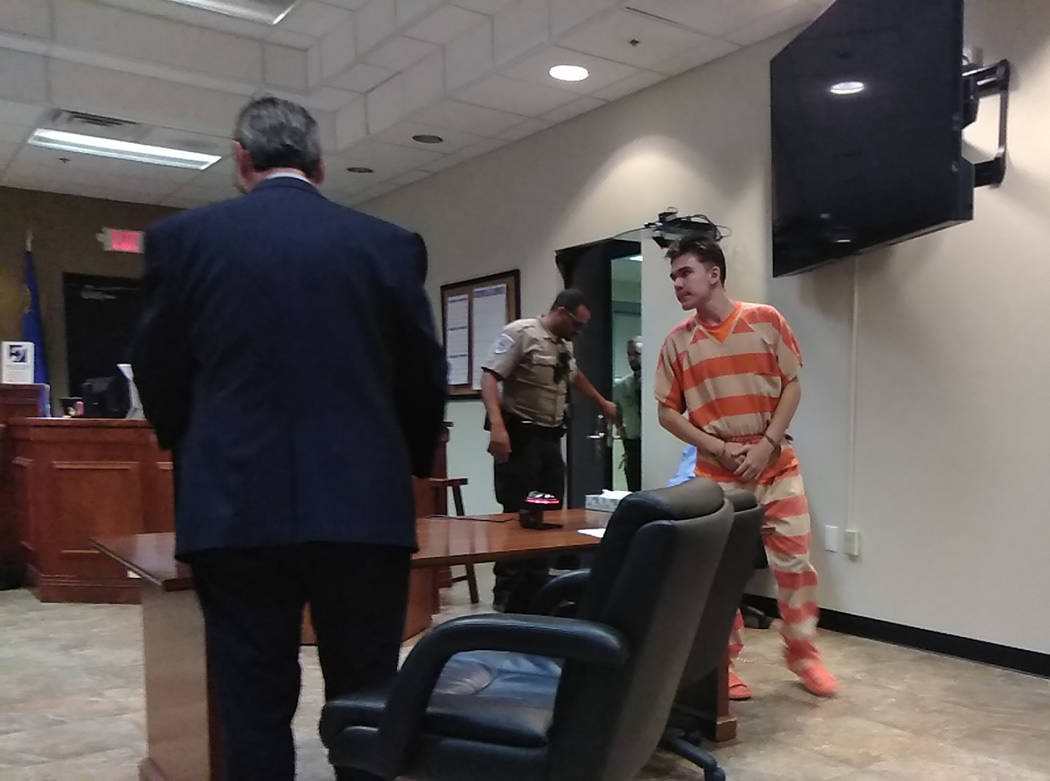 After initially entering a not guilty plea more than a year ago, the individual arrested and charged with killing his adoptive mother has entered into a guilty plea agreement with Nye County prosecutors.

As stated in a news release, Michael Wesley Wilson pleaded guilty to second-degree murder with the use of a deadly weapon in the July 2018 slaying of his adoptive mother, Dawn Liebig, 46.

District Attorney Chris Arabia will ask the court to sentence Wilson to life in prison with the possibility of parole after 10 years for the murder charge and to a consecutive punishment of eight to 20 years for the use of a deadly weapon, the release noted.

Because Wilson was a 17-year-old at the time of the murder, Nevada law limits the maximum sentence he can receive before becoming eligible for parole.

Additionally, probation was not an option for Wilson in the case.

“We hope that this is a first step on the road to closure, and that we have honored Dawn Liebig’s memory,” Arabia said in a written statement.

“Even with a crime as heinous as this, Nevada law has a maximum possible sentence of 20 years to life for juveniles such as Wilson, who was 17 when the murder took place,” Arabia said. “We could get the equivalent of 18 to life with this negotiation, which is almost identical, so it made sense to make this deal. If life without parole or even the death penalty had been available under Nevada law, maybe we would have gone to trial. With this deal, we can get some closure for the family without years of appeals and post-conviction proceedings. If or when he is ever released from prison will be entirely up to the parole board.”

Wilson and a co-defendant, identified as his half-brother Dakota Saldivar, were charged with killing Liebig and dumping her body in a shallow grave near their home, the release stated.

Wilson and Saldivar confessed to stabbing and beating Liebig, who was 46 at the time of her death, because they did not like her parenting style, according to the Nye County Sheriff’s Office.

Both were initially facing murder, conspiracy to commit murder, domestic battery with a deadly weapon and obstruction charges, authorities said.

Saldivar and Wilson were arrested in the early morning hours of Aug. 1, after they confessed to the murder.

Following the confession, the teens, who were 17 at the time, led authorities to a shallow grave site not far from the Wedgewood Street residence, where their mother’s decomposing body was located, law enforcement reported.

Wilson, represented by local attorney Carl Joerger, will be sentenced on Friday, June 12, at 9 a.m. in Pahrump Justice Court, Department 1.