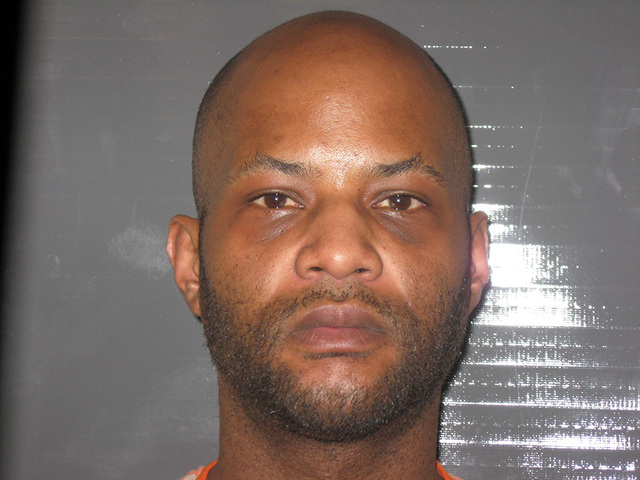 A man was sentenced to 30 days in jail followed by probation this week after prosecutors say he left his infant children in the car on a 97-degree day to go gambling.

Devon Stokes, 37, appeared in District Court Monday morning to be sentenced on a gross misdemeanor charge of child abuse/neglect.

The charge was filed on Oct. 2, 2013 after it was alleged that he left his 9-month-old and 3-month-old children in the car while he went into Dotty’s to gamble and drink.

“He took his 9-month-old child and his 3-month-old child in the car on a 97-degree day, stopped off at Dotty’s Casino, went in there and put $10 in the coin machine to gamble and ordered a drink,” Deputy District Attorney Daniel Young told the court. “The state finds those facts unconscionable. That’s how children die. And everyone that’s here is familiar with how the heat is here in the desert.”

Stokes’ defense attorney Harry Gensler told the court while the prosecution claimed his client went into Dotty’s to drink and gamble, his client says he actually went in to use the restroom on the way home.

The defense attorney further told the court Stokes is the one who cares for the children during the day, and if he were to be taken into custody it could create a great hardship on the family.

“Your honor we would ask that you go along with the recommendations. As you’ve seen his evaluation came back stating his was not at a high risk to re-offend…It’s kind of interesting, I’m not sure that’s the right word to use, but the charge is a charge of child neglect for leaving the children in the car while he ran into Dotty’s, according to Mr. Stokes to use the facilities there,” Gensler said. “He is the caretaker of the children so it is very important for him to be there. His wife is present with the two children today to show her support for him as well. We do ask to give him probation so he can take care of his kids.”

Stokes told the court he loved his children and that he needed to be there to take care of them and help his wife out.

Although Young said he understood it may create some hardship on the family if he were sentenced to jail time, he thought the facts of the case warranted Stokes being taken into custody.

“The state is asking for the maximum jail time or in the alternative a $2,000 fine, 200 hours of community service, Alcoholics Anonymous twice a week for one year, an alcohol evaluation, or that he be subject to random alcohol testing. Again the state finds these circumstances egregious, this is how children die. And what did he plan on doing? Getting back in his car drunk to drive home with his children?” he said.

Judge Robert Lane ultimately decided to place Stokes on probation after he served 30 days flat-time in the local jail.