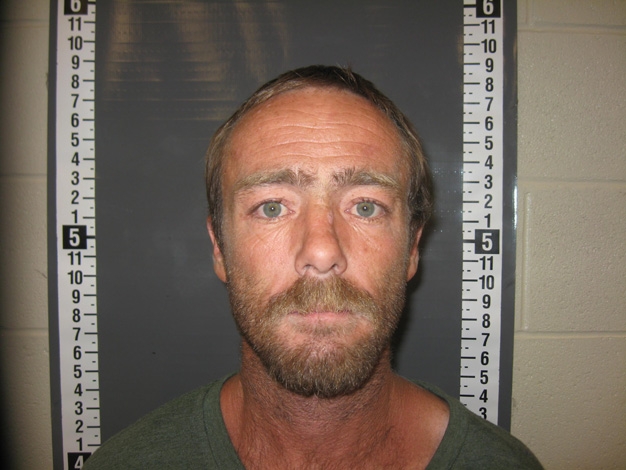 One man was sentenced to a maximum of four years in prison this week after he reportedly failed to pay nearly $90,000 in child support to his children.

Jason Stevens appeared in District Court Monday morning on a charge of felony non-support after prosecutors said he had become more than $89,000 in arrears on his child support payments.

Stevens was reportedly ordered by a California court to pay $140 per month for each of his three children for a total of $420 per month. He hadn’t paid anything in a number of years, leading to the large unpaid debt to his children that brought him before the court on sentencing for his failure to pay.

Stevens’ court-appointed attorney, Harry Kuehn, told Judge Robert Lane his client was currently in custody, serving a 90-day sentence on several warrants from Pahrump Justice Court, but just before his incarceration, he had a job offer with a local home improvement store.

“My client advises me judge that as luck would have it, he went to jail and a few days later he was scheduled for an interview at Home Depot … But alas, the sins of the past always come back to haunt you right before something good is about to happen,” he said.

Stevens added more to his defense when given the chance by the judge.

“I’m been trying to get jobs here and there, but haven’t been very successful. Like he said when I had a job opportunity come up, I thought I had court next month and it ended up being this month, the beginning of the month, and that’s why I’m incarcerated now. I know I can get a job and was about to start school again,” he said.

Nye County is reportedly one of only a few counties that prosecute defendants who fail to pay child support.

“This is one of the few counties that prosecute felony non-support. Years ago I challenged the DA’s office to prosecute rather than bringing these people in for show-cause hearings civilly, where nothing much happened and Nye County took up the challenge and over the years has prosecuted several hundred people for not paying child support,” Kuehn said. “I know you have strong feelings about it. But parole and probation in analyzing this case and going through their algorithm and calculating the big mix has recommended probation and one reason may be that no one else prosecutes these cases; and the second may be in their complicated assessment, has determined probation is appropriate. I’m hoping judge that even with the strong feelings you have, you can give my client the chance to go out and be somebody, stand up straight, pay some money and stop worrying about himself and start worrying about these kids who haven’t seen a dime in years.”

Despite the probation plea, Deputy District Attorney Michael Vieta-Kabell said he was appalled that parole and probation would even suggest anything less than prison time for the defendant.

“I know the division has recommended 12 to 32 months suspended with five years probation, but looking at the sheer amount of arrears, I can’t help but scoff at that recommendation. We’re creeping up on six figures here; we’re up to $89,000,” he said.

What really floored the prosecutor, however, he said, was not only had Stevens failed to pay to support his three children, but he was spending money he should have been saving to buy drugs.

“What really draws my ire in this case your honor is that last September the defendant was arrested for driving under the influence of a controlled substance. He subsequently pled guilty, I believe, in exchange for the dismissal of the felony possession. But I don’t think this Home Depot job was going to benefit these kids, I think it was just going to benefit this defendant. Here he is almost $90,000 in arrears and what does he spend his money on? His own dopamine receptors. That’s just appalling to me,” the attorney said.

Once the defense and prosecution finished arguing, Lane said he thought prison time for the defendant would be best.

“Mr. Stevens, Mr. Keuhn told you I have strong feelings about non-support, but I also have strong feelings about the system. That’s why in civil court we warn you quite a few times that you’ve got to pay, you’ve got to pay and we do an order of show-cause, hold you in contempt, warn you again and then we warn you we’re going to file charges if you don’t pay and then eventually they file the charges and we warn you again and give you another chance and then put you on probation and give you another chance. Eventually, about the 10th chance or so, my strong feelings kick in and I say you’ve had all the chances in the world, you’re obviously never going to pay because everything we say goes right over your head,” Lane said.

Based on that logic, the judge ordered Stevens to spend 19 to 48 months in prison as punishment for failing to support his children.

“Hopefully this will teach you a lesson and when you get out you’ll take care of your kids,” he said.