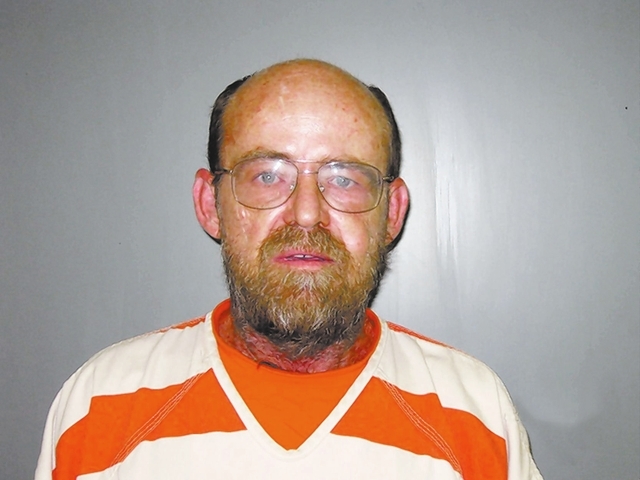 A man involved in a standoff with local police in July 2012 pleaded guilty to a single charge of being under the influence of methamphetamine last week in the case, telling the court he made a mistake by ever getting involved with the illicit substance.

Keith Recktenwald, 50, appeared in District Court Friday morning to be arraigned on the charge stemming from a July 9, 2012 standoff between himself and Nye County Sheriff’s deputies outside his home on Cajon Lane.

Police were first called to the man’s residence around 3:30 p.m. the day of the incident for a report of a suicidal person.

When officers arrived at the address, they were told Recktenwald had reportedly barricaded himself inside his home with a gun and was allegedly threatening to commit suicide by forcing police to shoot him.

Sheriff’s officers began negotiating with Recktenwald over the phone, trying to get him to come out of the residence peacefully, as the NCSO SWAT team was also called for additional backup at the scene.

Eventually Recktenwald agreed to leave the residence on his own accord and was subsequently taken into custody on what is known as a legal 2000 hold, or an emergency mental health hold, and transported to Desert View Hospital to be evaluated.

At the hospital, Recktenwald reportedly tested presumptive positive for having methamphetamine in his system at the time and was no longer legally able to be placed on the mental health hold. He was then instead transported to the Nye County Detention Center to be booked into custody on charges related to being under the influence of a controlled substance.

During his arraignment in District Court last week Recktenwald told the court he had messed up by using methamphetamine for several months last year.

“I messed up my whole life for a couple of months while using methamphetamine,” he explained.

As the hearing continued, Recktenwald’s attorney assured presiding Judge Kimberly Wanker his client had been clean and had stayed out of trouble since his release from custody in the case.

After he entered his guilty plea to the charge as part of a plea agreement he had accepted in the case, Wanker told the defendant he needed to continue to stay out of trouble and make his court appointments if he wished to remain out of custody until the time of sentencing.

A trial scheduled for Nov. 14 and 15 in the matter was subsequently canceled following the entry of the defendant’s plea. Recktenwald is scheduled to be back in court on Jan. 31 for sentencing after a pre-sentence investigation has been prepared for review by the court.