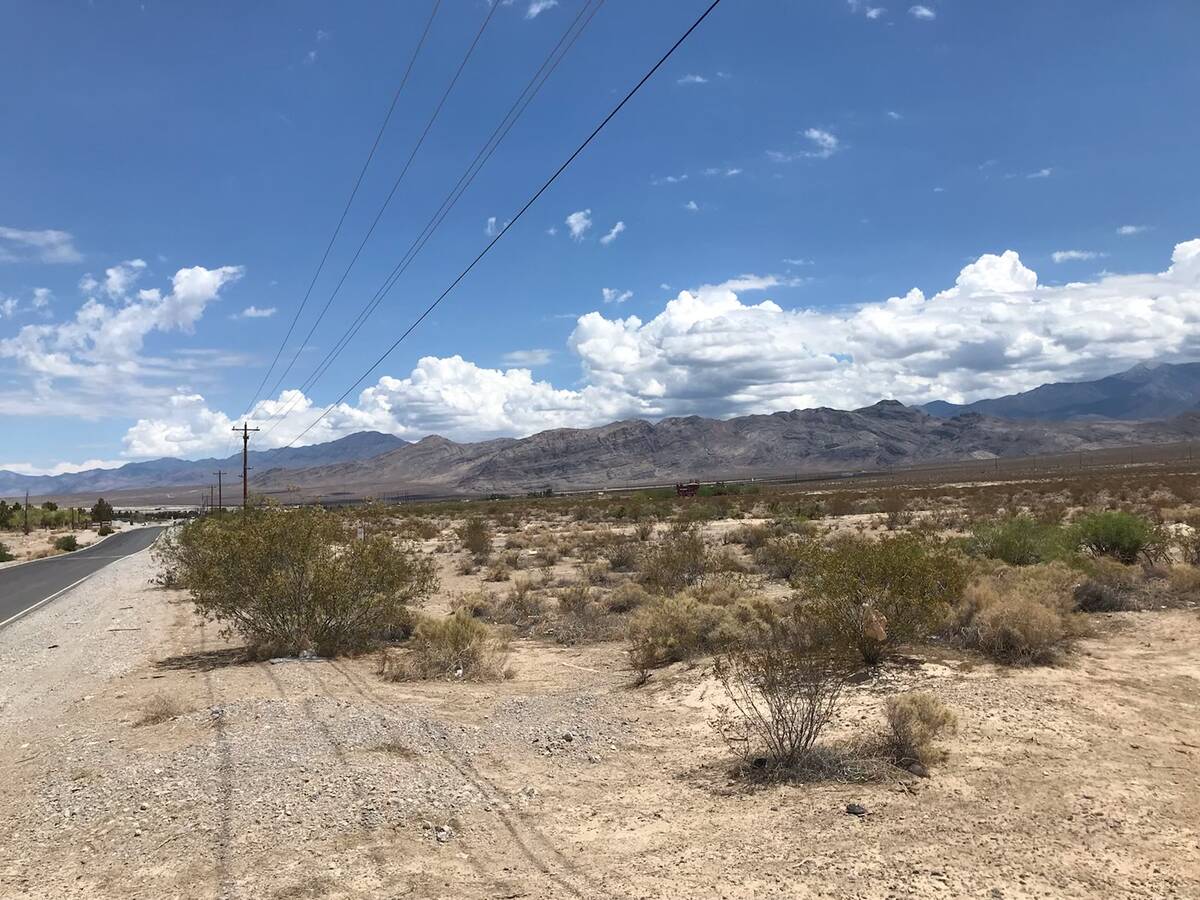 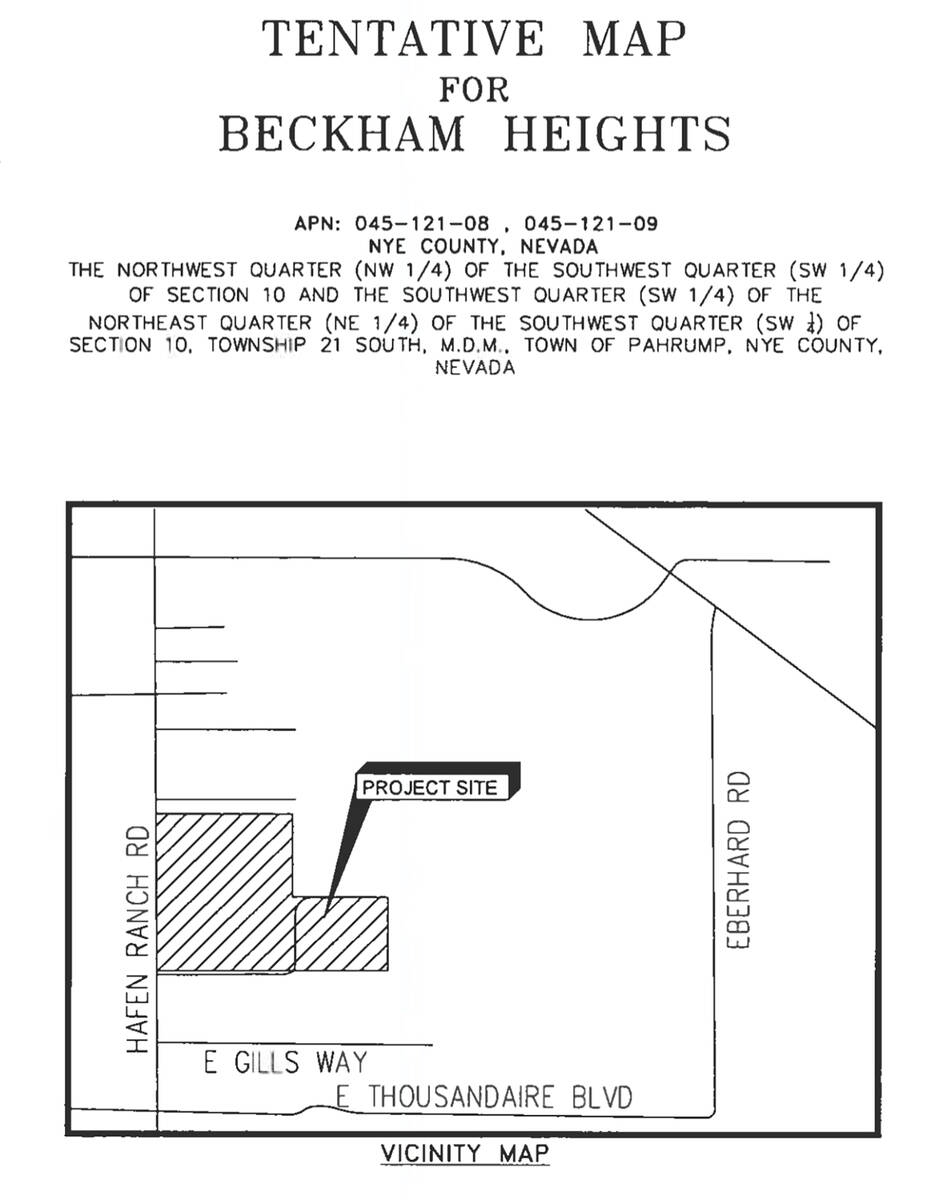 Special to the Pahrump Valley Times Included with the backup information for the Beckham Heights tentative subdivision map is this vicinity map, showing the area the subdivision is to be located. 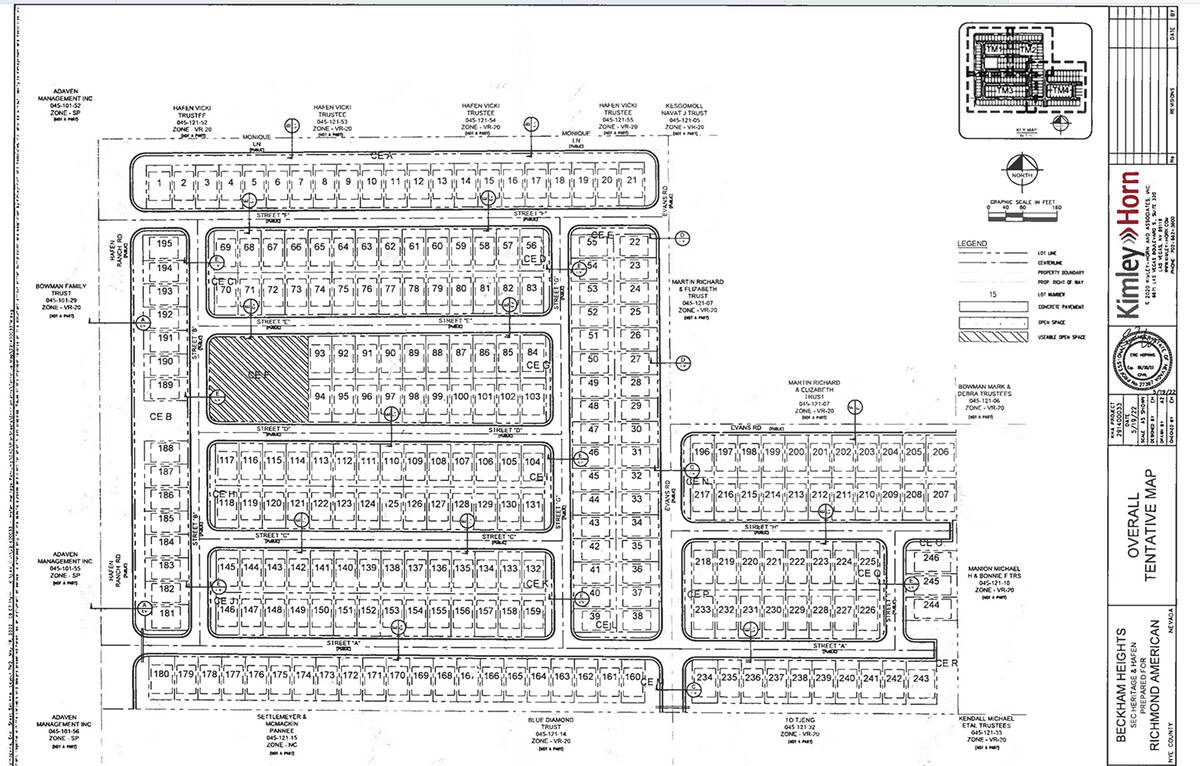 Special to the Pahrump Valley Times Also part of the backup information, this map shows the proposed layout of the 246 homes at Beckham Heights.

The tentative map was before the Nye County Commission for acceptance during the board’s Wednesday, June 22 meeting. The map dubs this particular subdivision as “Beckham Heights” and calls for 246 homes on approximately 51 acres, with an average lot size of 5,639 square feet or about 0.12 acres.

Despite the fact that the board was obviously unhappy with the proposed lot sizes, the item ultimately passed 4-1. The only commissioner to cast a dissenting vote was Donna Cox, who remarked that she was sick and tired of being criticized by members of the public for the continued development of tiny subdivision lots in the Pahrump Valley.

It was important to the commissioners that the public understand that Beckham Heights does not constitute a “new” subdivision, so to speak. Rather, it is part of an existing development agreement between Nye County and Adaven Management, known as Mountain Falls South.

“This is not the direction we want to go, it’s the direction that other commissioners locked us into, unfortunately, by signing that agreement,” Nye County Commission Chair Frank Carbone explained. “Believe me, we are not really happy we have to go with small lots but we are locked in. I say that with sawdust in my mouth, believe me, but again, we are stuck with the requirement.”

As detailed by backup information included with the agenda item, Beckham Heights is set to be located off Hafen Ranch Road just north of Thousandaire Boulevard. The subdivision density will be about 4.8 homes per acre.

“The residential subdivision will provide four unique floor plans; each model will offer three unique elevations. The homes range in size from 2,078 square feet to 3,030 square feet, three of the models are two-story and one is a single-story,” the backup documents state.

Beckham Heights is set to receive its water and sewer service from Pahrump Utility Company, Inc.

Commissioner Debra Strickland made the motion to approve the tentative map, with a second from Leo Blundo. That motion passed 4-1.

The approval of the tentative map is just one step in the process to see Beckham Heights become a reality. Before any construction can commence, a final subdivision map must be approved and recorded, and that map will go before the commission at some point in the future.

There have also been several questions about the water that will be used to service the Adaven development. Attorney Mark Fiorentino, representing Richmond American Homes of Nevada, which will be building the residential units, noted that all water rights associated with the development must be verified by the Nevada Division of Water Resources and the Nevada Department of Environmental Protection before a final map can be approved.

Additional details about Adaven Management’s development plans can be found in a previous article on pvtimes.com