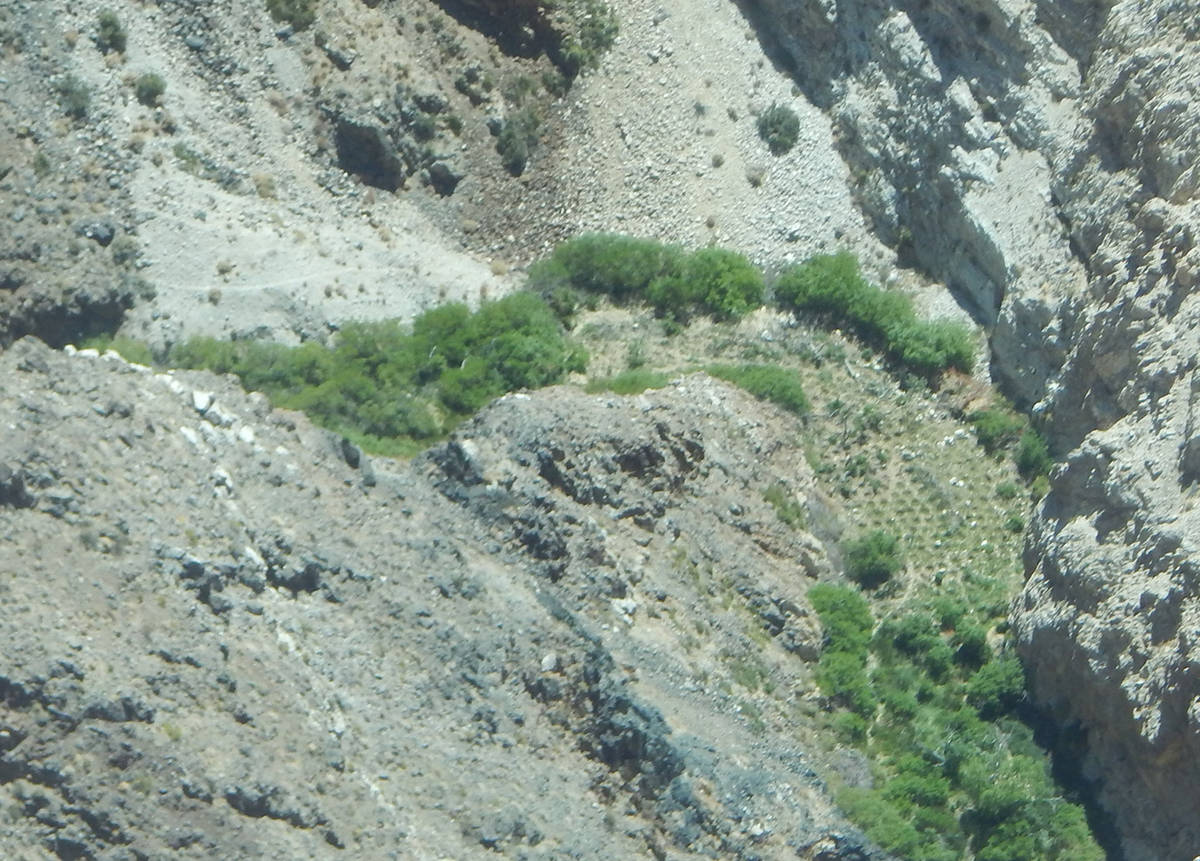 Special to the Pahrump Valley Times An illegal 40-acre marijuana grow operation was recently discovered in Death Valley's Jail Canyon, described as a rarely visited area on the western side of the Panamint Mountains. The site, according to park officials, is temporarily closed for public safety reasons until park rangers can fully evaluate the area.

As stated in a news release, the site of approximately 40 acres was spotted in Jail Canyon on the western side of the Panamint Mountains, roughly 60 miles southwest of Pahrump.

The release also stated that Jail Canyon will remain closed for public safety reasons until park rangers can fully evaluate the area as toxic substances, including the pesticide Carbofuran, were also discovered at the location.

The compound can be deadly to humans and wildlife, according to park officials.

“Carbofuran and other dangerous chemicals have been found previously at marijuana grow sites in the park. In the past, growers have threatened hikers who have stumbled upon their illegal operations,” the release stated. “Marijuana grow sites significantly damage and destroy the park’s natural and cultural resources by introducing pesticides, land clearing, poaching and waterway modifications.”

Additionally, park officials said that although the climate of Death Valley may appear inhospitable to marijuana cultivation, over the past decade, hundreds of acres of marijuana have been illegally cultivated in the park.

“We are deeply saddened and concerned with the damage that these illegal activities cause,” said Barbara Durham, Traditional Historic Preservation Officer for the Timbisha Shoshone Tribe. “The natural and cultural resources in these areas are irreplaceable and invaluable. Damaging them for profit shows incredible disrespect to our homeland.”

Chief Ranger at Death Valley National Park Rob Wissinger noted that preserving the natural and cultural resources while providing an opportunity for the public to safely enjoy all of the amazing sights, is part of the park’s core mission.

“Seeing irreparable damage to a fragile ecosystem rich with rare natural and cultural resources is devastating,” Wissinger said. “Visitors to Death Valley’s most well-traveled areas are not at risk of finding a marijuana grow site, however, hikers in remote areas near water sources should remain alert, and turn around and leave if they notice signs of suspicious activity, such as excessive amounts of trash, hillside terracing, or plastic irrigation tubing.”

Anyone who sees suspicious actions while hiking in the park is urged to notify rangers at a visitor center or call the National Park Service tip line at 888-653-0009.

Though California legalized marijuana in 2016, the federal government still classifies it as a Schedule I controlled substance, which is classified higher than Schedule II drugs including heroin, methamphetamines, cocaine and Oxycontin.