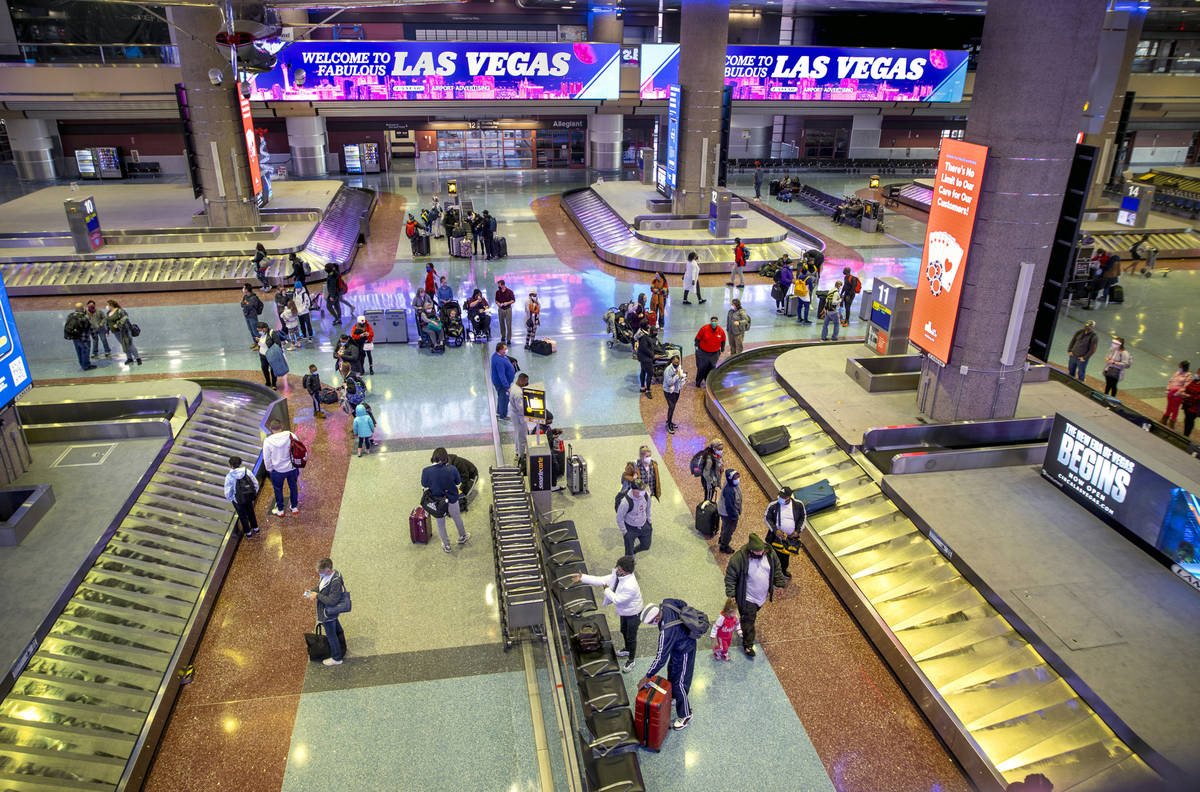 The request to rename Las Vegas’ McCarran International Airport in honor of former U.S. Sen. Harry Reid moved one step closer Tuesday to being sent to the Federal Aviation Administration.

As required by the FAA, the Board of Clark County Commissioners approved the minutes from the Feb. 16 commission meeting where the board voted for the name change. The meeting’s minutes must be sent to the FAA along with a letter from the Clark County Department of Aviation director, Rosemary Vassiliadis. The approval of minutes from the two meetings prior is a standard action taken at the beginning of every board meeting.

Exactly when Vassiliadis will send the letter and meeting minutes to the FAA has not been determined, but that could occur as early as this week, according to McCarran spokesman Chris Jones.

Once the rename request is received, the FAA will update its records and ensure the name change process occurs seamlessly with any grants or other processes that are active that might have McCarran’s name attached.

Commissioner Michael Naft said last month the FAA’s process is expected to take between three to six months to complete.

Jones told the Review-Journal last month the renaming process is expected to cost between $5 million and $7 million.

When approved by the commission it was noted that no taxpayer money would be used for the renaming process.

A fund is being set up for interested parties to donate money to the renaming project. The chief financial officers from the county and McCarran are working out the details of the account, Naft noted.

County Commissioner Tick Segerblom has noted several times he had a number of interested parties ready to donate money to the account and expects that fulfilling the needed amount wouldn’t be an issue.

Any work tied to the name change process won’t start until the project is fully funded by donations, Naft said.