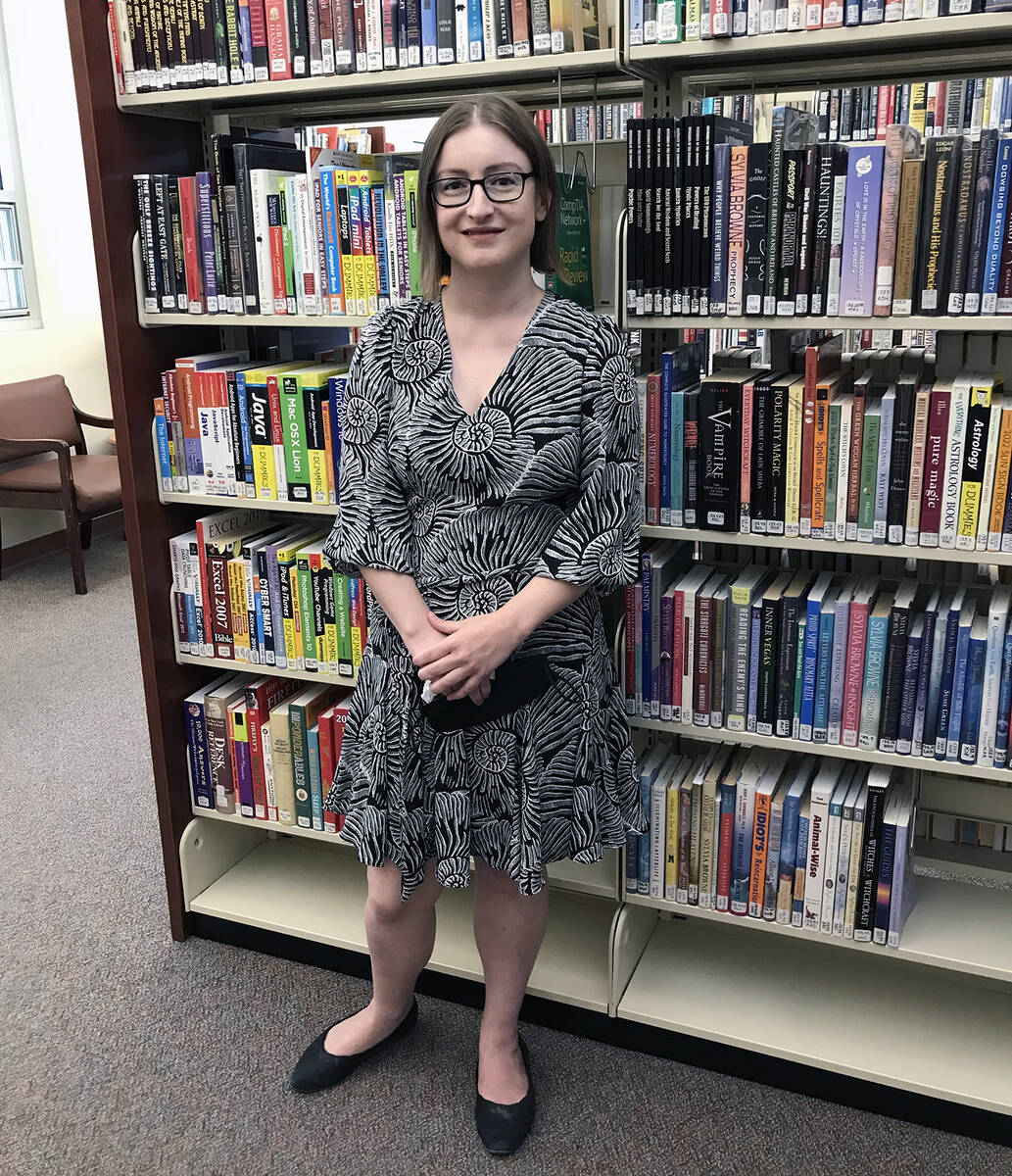 Robin Hebrock/Pahrump Valley Times Pahrump Community Library Director Vanja Anderson is eager to get to work in her new position. 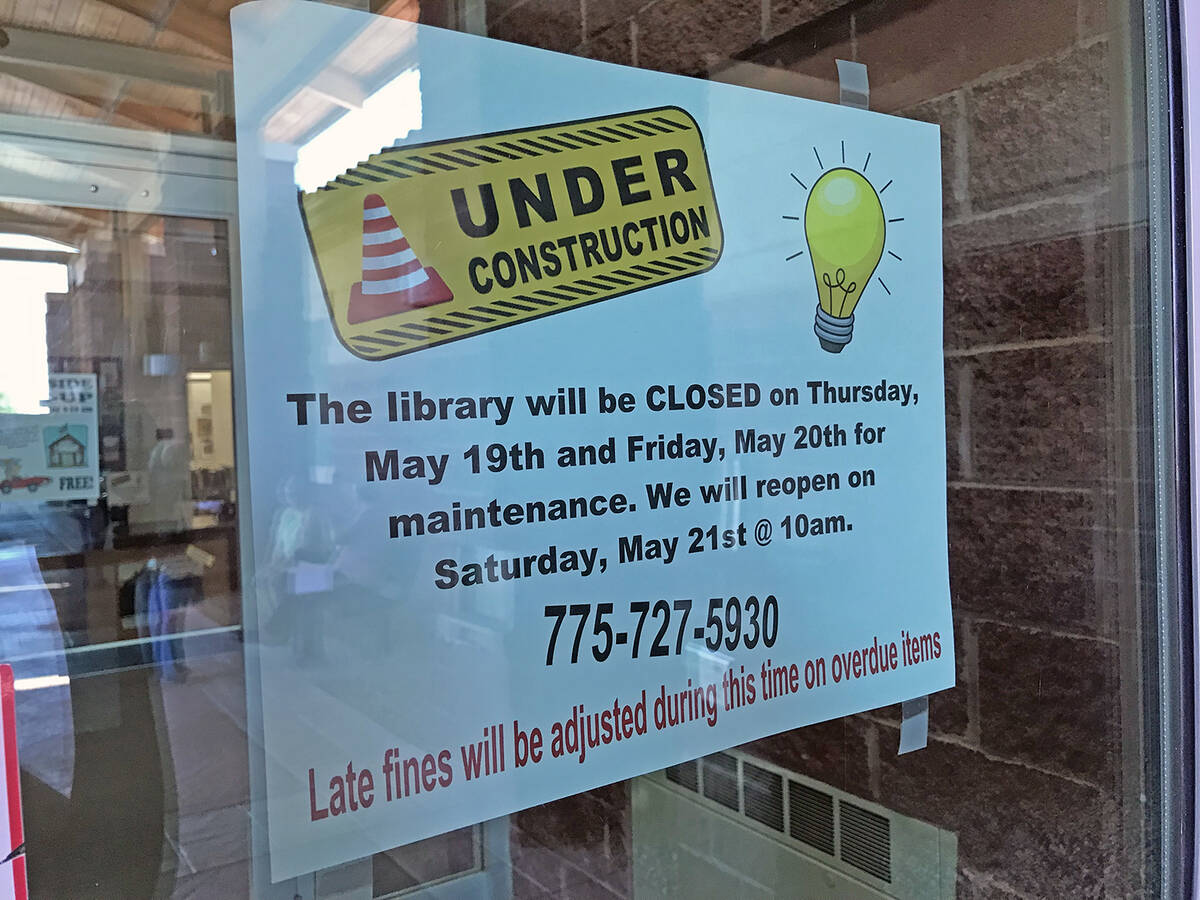 Robin Hebrock/Pahrump Valley Times The Pahrump Community Library will be closed tomorrow, Thursday, May 19 and Friday, May 20 for maintenance. It will reopen Saturday, May 21 at 10 a.m. 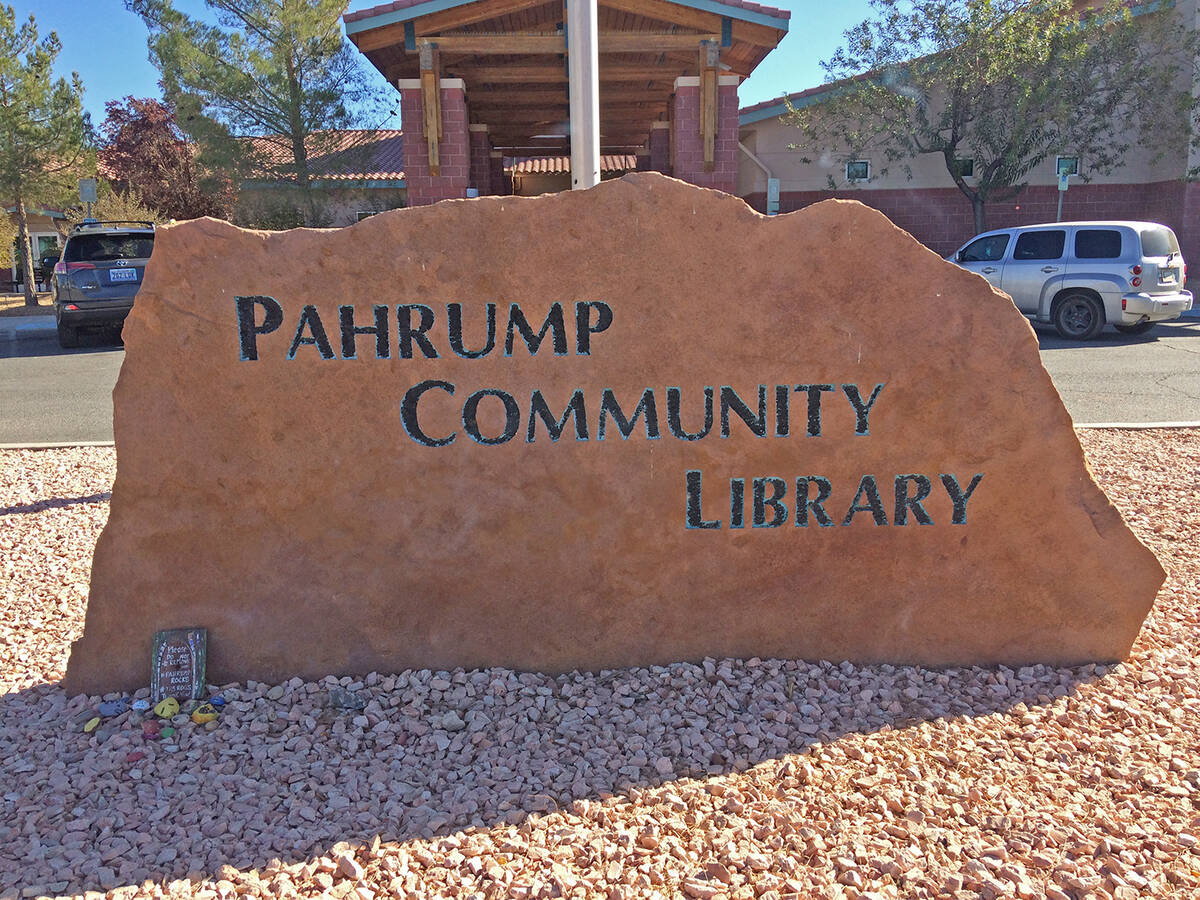 It’s been nearly one year since the Pahrump Community Library has had a permanent library director but the search for a new leader is now at an end, with Vanja Anderson officially accepting an employment offer from the Pahrump Library Board of Trustees this month.

Anderson said she was something of a bookworm as a young child and loved to visit libraries but as is typical, once she reached her teenage years, books became of less importance to her.

That is, however, until age 15, when she began working as a library page organizing and stocking bookshelves.

“I started working in libraries in 2002 when I got my very first job and I found my love of books again,” Anderson said. “And I also realized pretty quickly that I liked libraries.”

It was her first taste of the world of employment and as it happened, it turned out to be a formative one. Anderson said she held a couple of other jobs after her time as a page but all the while she was thinking to herself that she much preferred the library setting. Despite this, she hadn’t actually considered library studies as a career until she was already in college.

“I didn’t originally plan on going into library science,” Anderson said. “I was really planning on being a scientist. But when I was in college, I was working at the circulation desk at the university and I started wondering to myself, is this a career path? Is this something you need education for? And I saw that, yes, it is.”

She then veered into studying art history with the thought that she might end up working at museums. That was not to be however and ultimately she found herself on the road to her current profession. After graduating from Florida State University with a Masters in Library Science, she moved to California and got her first professional job as a librarian. Anderson held several positions while living in Southern California and worked her way up from librarian to reference librarian to university librarian.

“Then of course, as we all know, COVID happened and when my hours were cut, I started looking outside of California,” Anderson explained.

She said she applied at a few different locations, including Pahrump, but she eventually decided on taking a position at a district library in Missouri. While that job provided plenty of good experience for her, Anderson said the main issue was that the library board members rarely showed up to meetings, making it nearly impossible to conduct library business as necessary.

About a year after having taking the job in Missouri, Anderson received a call from the Pahrump library board asking if she was still interested and she readily accepted.

“I’m really excited to be a part of this community,” Anderson enthused.

With only two weeks in the valley, Anderson is hitting the ground running. She has been busy familiarizing herself with the library staff and patrons, as well as delving into the budget, with the close of the fiscal year just weeks away. The staff has been introducing her to the many programs that are available at the library and she has also been getting to know the facility itself, which she said she is quite pleased with.

“I honestly love this building, it’s three times larger than my last library,” Anderson said. “And everyone has been giving me a run down on the updates and maintenance that has been done, and what’s upcoming. We will be closed for two days this week, for instance, so we can get some lighting updates. So I think it’s a great building and the staff is wonderful, too, they have all been so welcoming and I really appreciated that.”

Anderson noted that after so much moving around in recent years, she is more than ready to finally settle down and develop some roots.