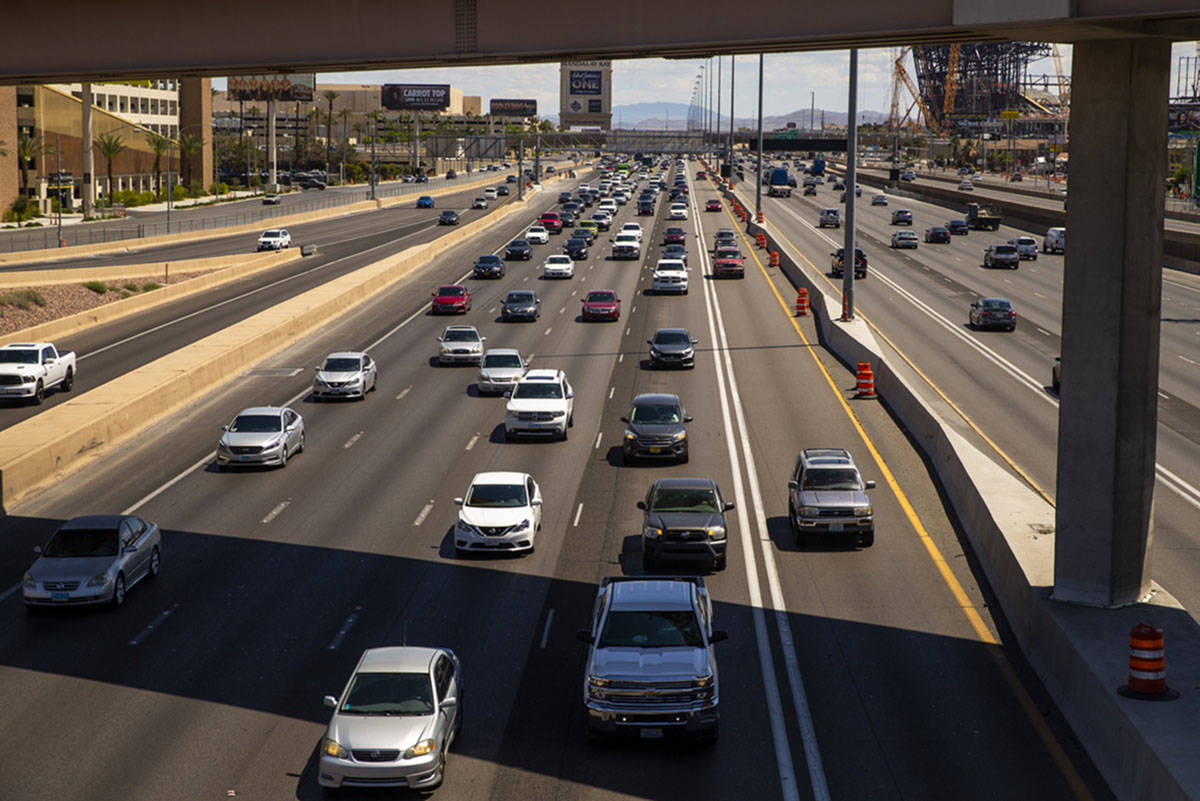 Much fewer vehicles travel in the HOV lane northbound on Interstate 15 about Tropicana Ave. as enforcement is being increased in June 2019 in Las Vegas. (L.E. Baskow/Las Vegas Review-Journal) @Left_Eye_Images 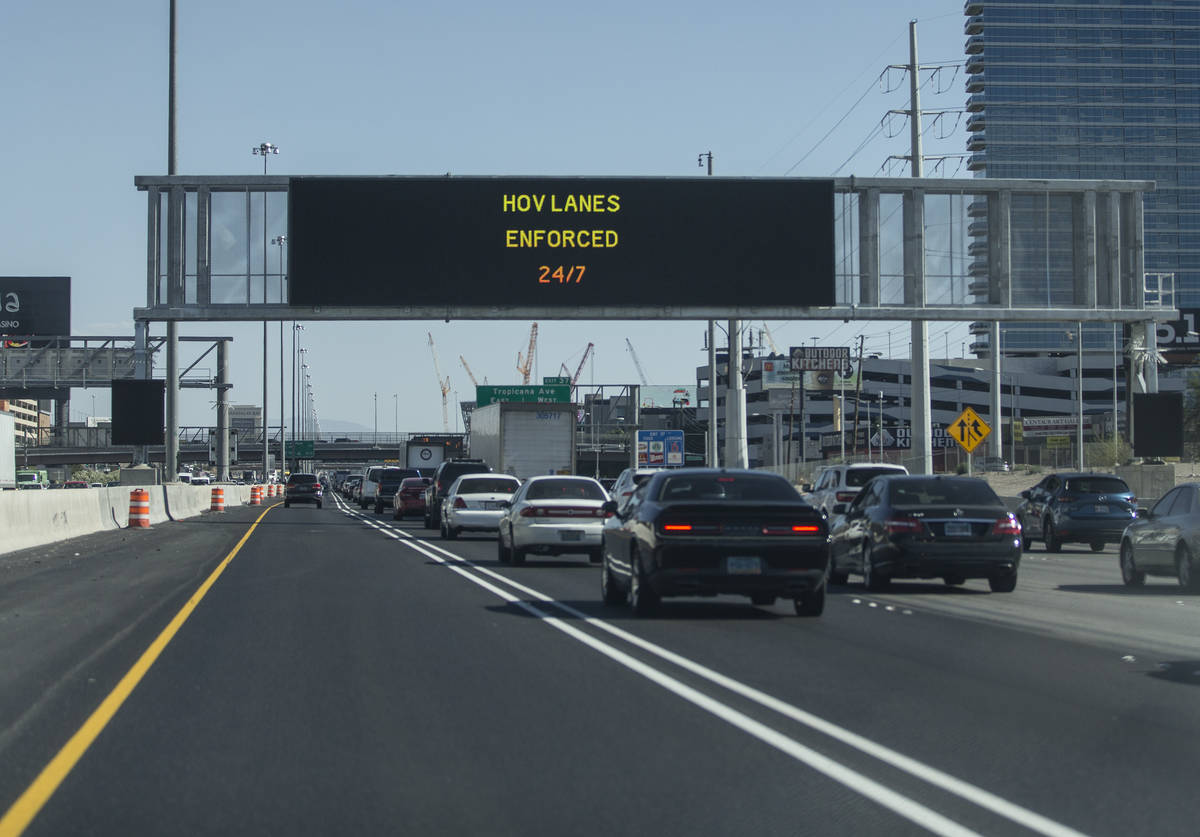 Nevada Gov. Steve Sisolak on Tuesday signed a bill into law that decriminalizes most minor traffic offenses, classifying them instead as civil infractions.

The reclassification means that jail time would be off the table for a large swath of traffic offenses, such as minor speeding, violating an HOV lane restriction, making an illegal turn, not wearing a seat belt, or driving without a child safety seat.

When traffic offenses are considered criminal misdemeanors, a court could issue a warrant if the person does not appear in court or fails to pay their fine on time.

“The main purpose of this bill is to make sure we are not arresting, we are not incarcerating and we are not branding people as criminals for committing minor traffic violations, whether that’s Nevadans in our own state or tourists that are coming here,” Assemblywoman Rochelle Nguyen, D-Las Vegas, said while presenting the bill in a legislative committee Legislature.

The bill marked the fifth time lawmakers in Nevada had pushed some form legislation to reclassify minor traffic infractions in the last decade. This time, the bill faced little resistance in the Legislature and passed with only one “no” vote the Assembly and the Senate.

With the new law, Nevada joins 37 other states that have decriminalized minor traffic infractions.

“This really will make a huge difference,” Washoe County Deputy Public Defender Kendra Bertschy said last week after the bill cleared the final hurdle in the Legislature before heading to Sisolak’s desk.

“We’ve unfortunately seen how quickly a traffic ticket can lead into something so much bigger,” Bertschy added. “It really just becomes so all consuming where people are then thrust into the criminal justice system really needlessly.”

Sisolak on Tuesday also signed Senate Bill 219, which removes a court’s authority to suspend a person’s driver’s license or prevent them from applying for one based on an unpaid fine, administrative assessment or other type of fee.

Athar Haseebullah, executive director of the American Civil Liberties Union of Nevada, said Tuesday that the new laws will have a significant effect on Nevadans who are struggling financially.

“For community members who might not otherwise have means to pay for a traffic ticket, they have found themselves on the wrong end of the justice system primarily because of their financial situations,” he added.

The bills, Haseebullah said, “roll back the process of criminalizing financial hardship.”