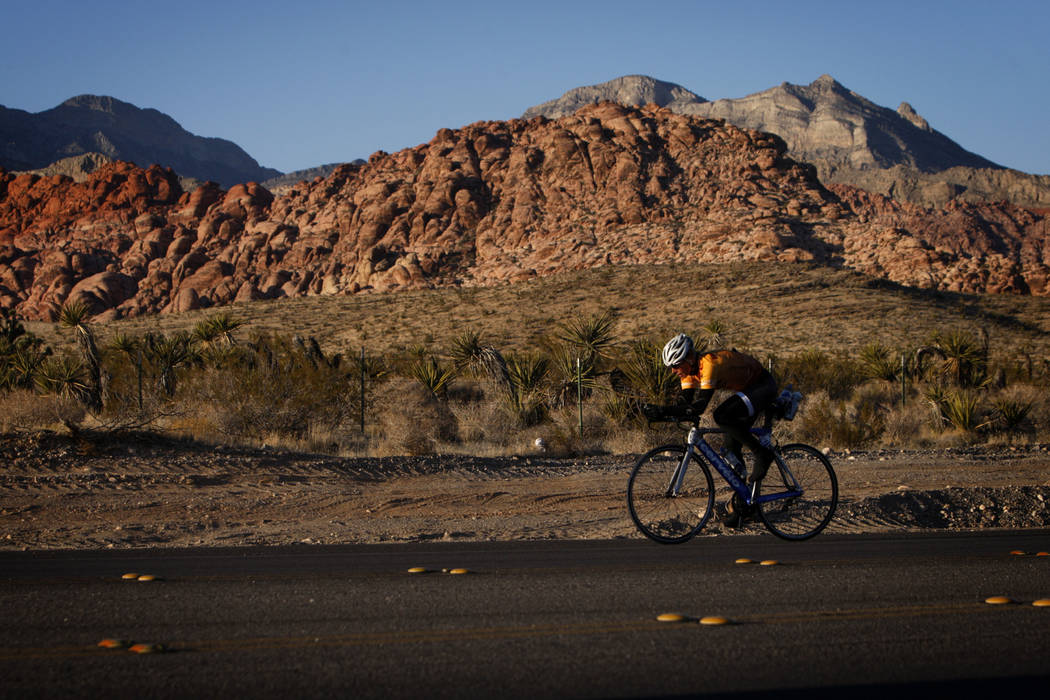 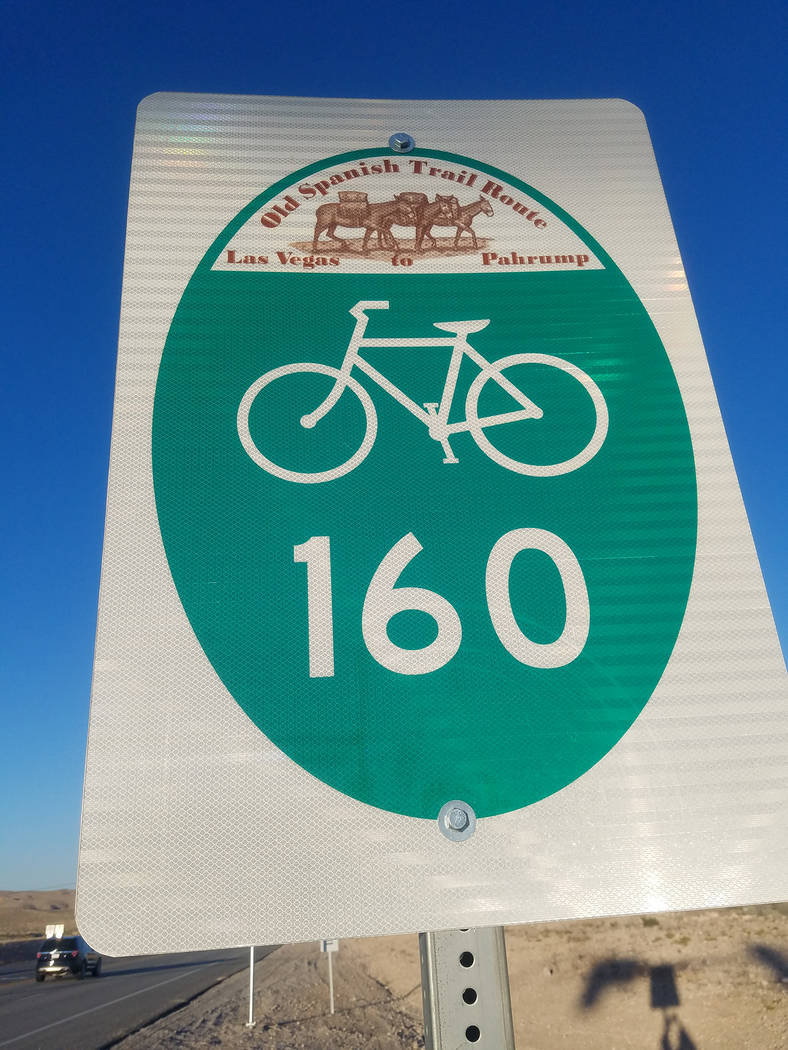 David Jacobs/Pahrump Valley Times A bike lane sign is seen along Nevada Highway 160. Cyclists are commonly are seen along the highway connecting Las Vegas and Pahrump. 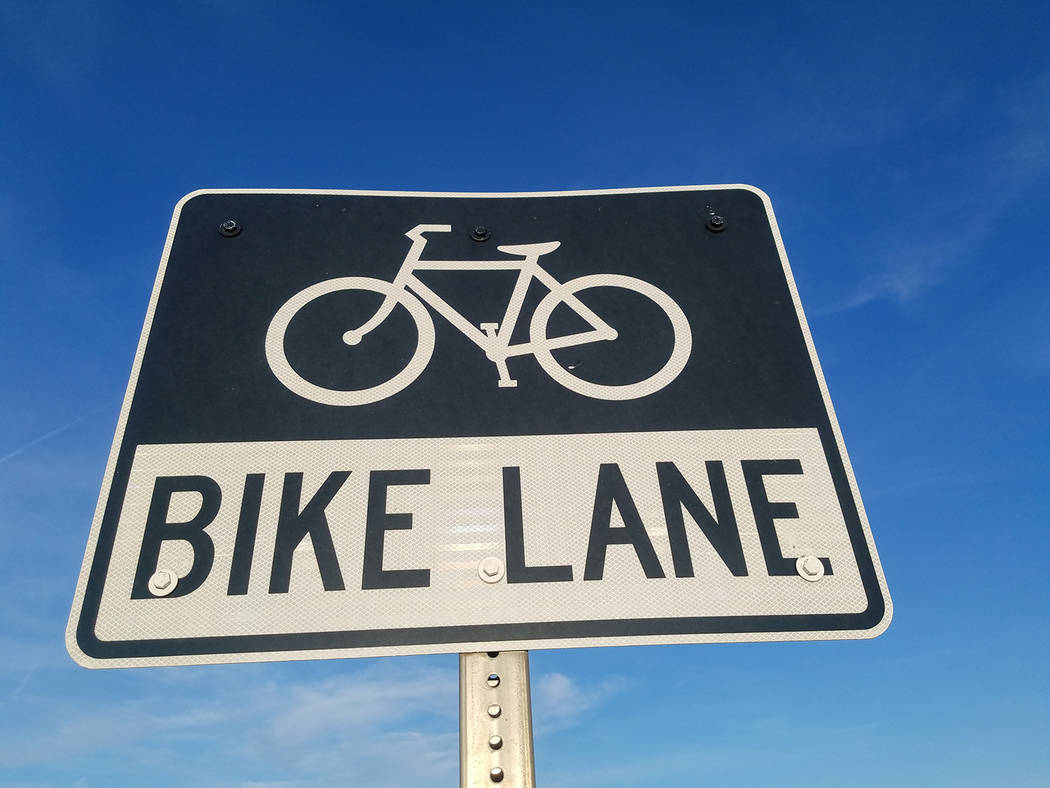 David Jacobs/Pahrump Valley Times A bike lane sign is seen along Nevada Highway 160. Cyclists are commonly are seen along the highway connecting Las Vegas and Pahrump.

Enacted by the state Legislature in 2011, the law requires drivers to leave at least three feet of space on the road when passing a bicyclist, or to move into an adjacent left lane whenever one is available.

First-time violators can be charged with a misdemeanor with fines up to $275 and a possible license suspension.

“We see a lot of violations for this rule, but it’s difficult to get cited unless you have someone right there measuring the distance,” said Keely Brooks, president of the Southern Nevada Bicycle Coalition.

“We try to be clear that it’s the responsibility of both drivers and bicyclists to know the rules of the road,” Brooks said. “Cyclists need to ride conservatively, plan out their routes and know which roads have sufficient space and bicycle lanes.”

Preliminary state data shows that five bicyclists have died in Nevada so far this year.

“We are ahead from the same time as last year,” Brooks said. “We want zero collisions and zero fatalities through the rest of the year.”

Las Vegas ranks third out of 32 metropolitan cities nationwide for bicyclist fatalities per 1 million people, according to the National Highway Transportation Administration.

Through all of 2017, nine bicyclists were killed statewide, seven in Clark County.

No bike fatalities were reported in Nye or Esmeralda counties in 2017.

“Many cyclists ride from Pahrump to Las Vegas,” Gina Traficant, spokeswoman for the Southern Nevada Bicycle Coalition, said this week in an email to the Pahrump Valley Times.

To stay safe, Brooks suggested that bicyclists ride with the flow of traffic, wear bright-colored clothes and a helmet and obey the basic childhood rule of looking both ways before crossing the street.

“Don’t assume motorists can see you just because you have the right of way,” Brooks said. “Do everything you can to be noticed because motorists aren’t always trained to look out for cyclists.”