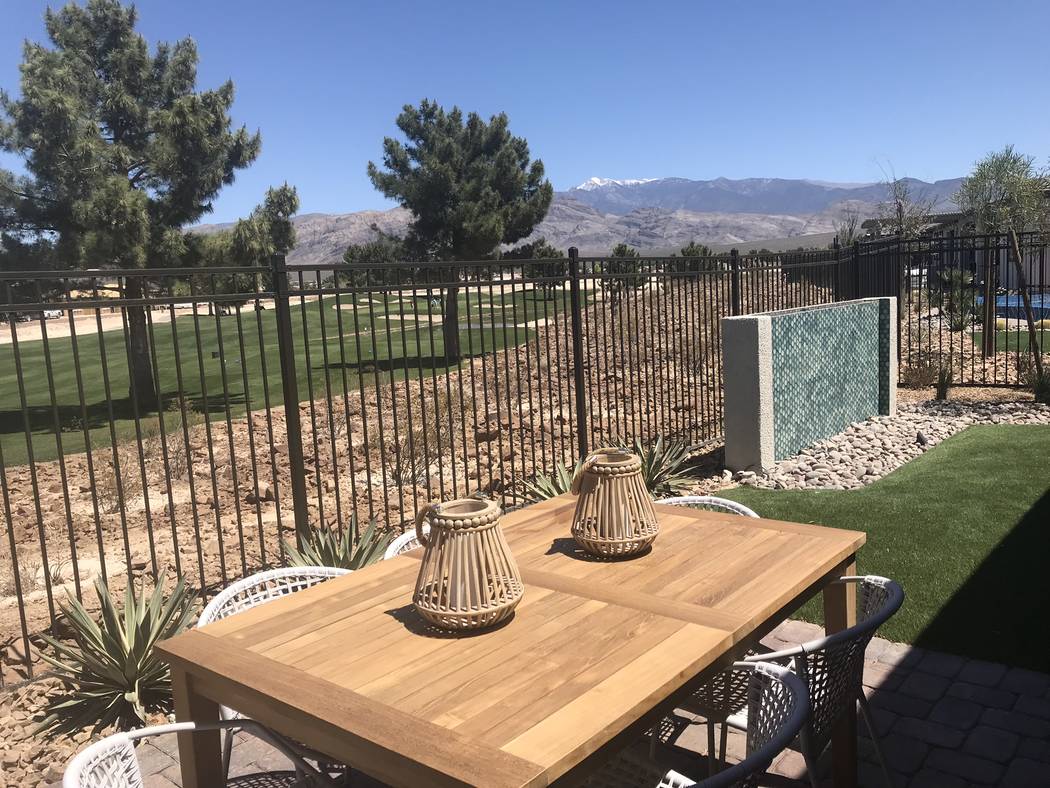 Jeffrey Meehan/Pahrump Valley Times William Lyon Homes has completed nine model homes in its 55 plus development Ovation. The first phase is pegged to come online in June with prices starting at $209,500. 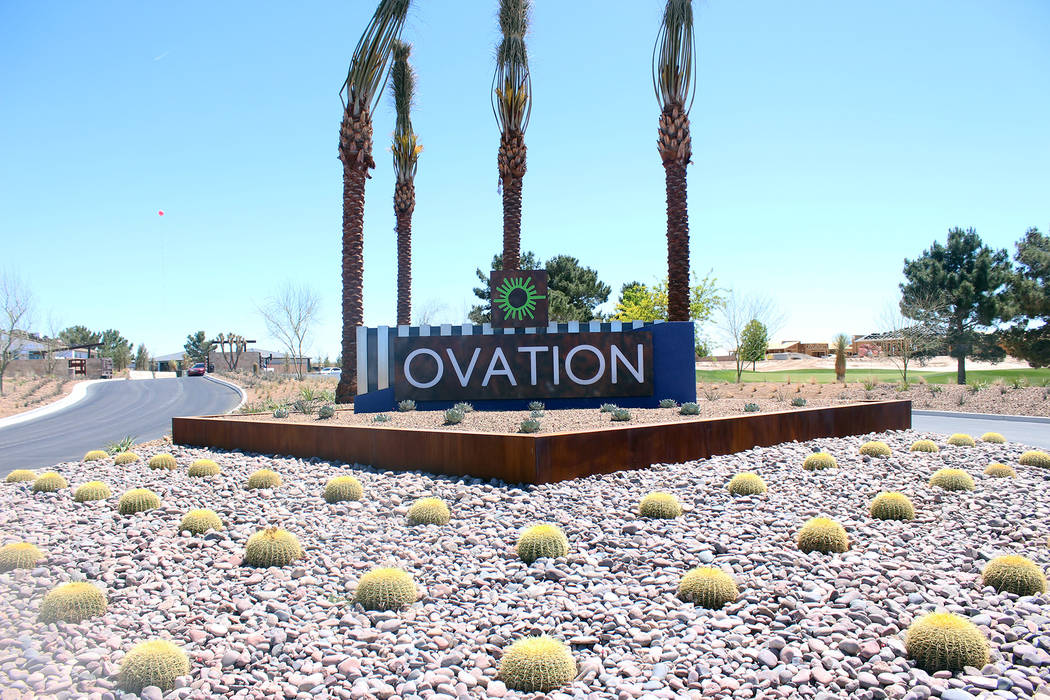 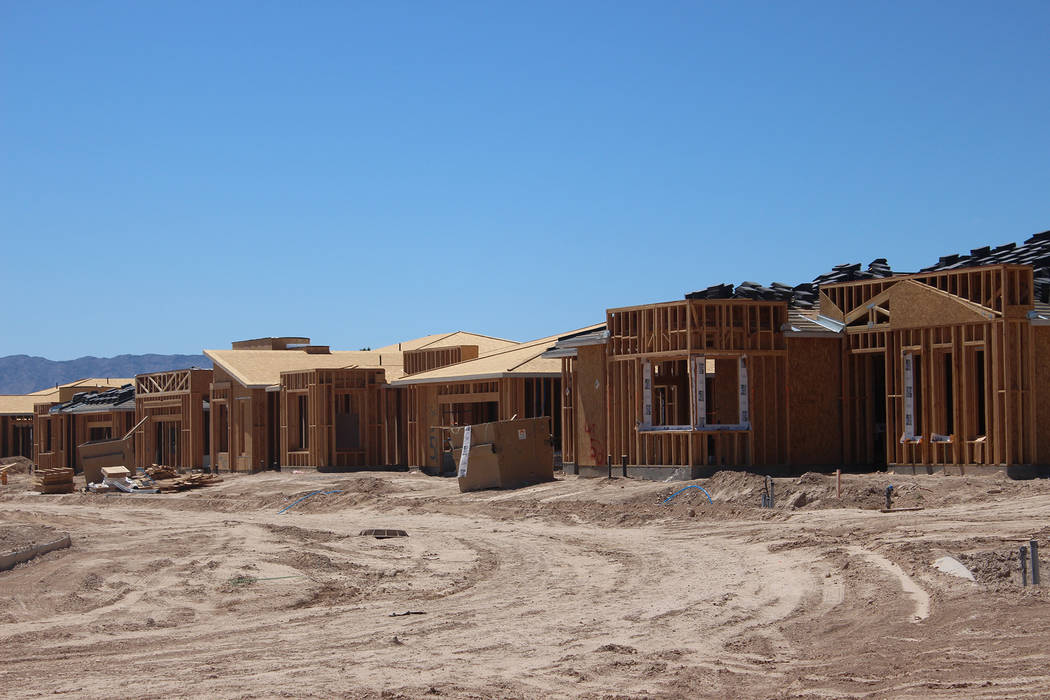 Jeffrey Meehan/Pahrump Valley Times William Lyon Homes' age-qualified Ovation community is pegged to have its first phase come online in June. The second phase of the project is set for August with a third phase coming online in the fourth quarter of 2018. 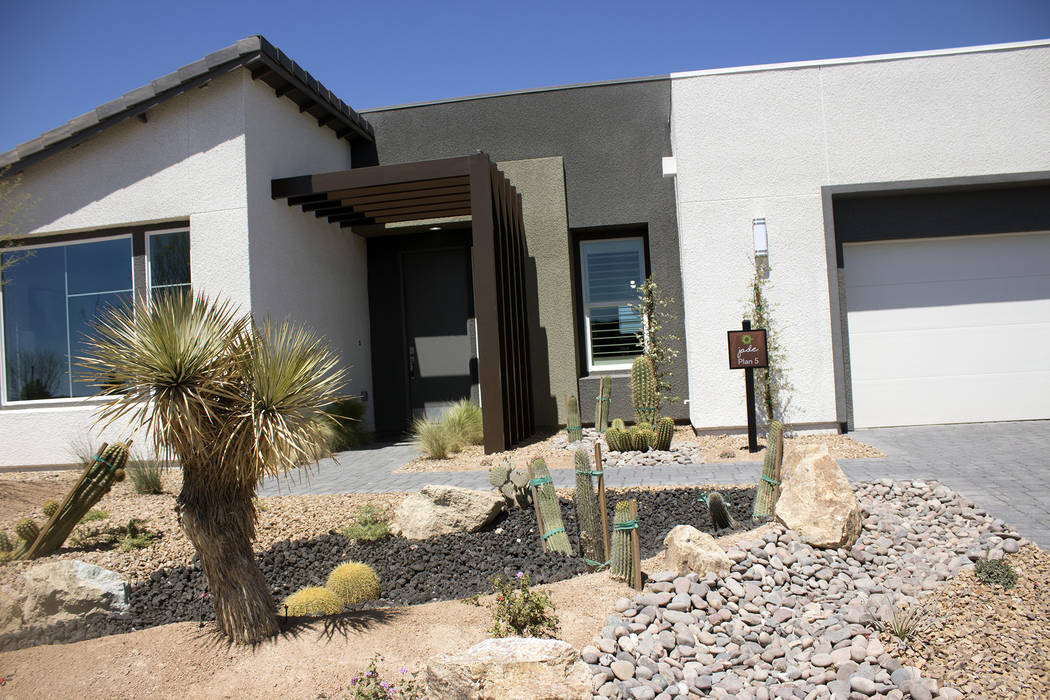 The new 55-plus gated golf course community called Ovation, inside Mountain Falls, is open to homebuyers and has nine model homes on display for viewing.

Phase I of the Ovation development is scheduled to come online in June, according to Deborah Davis, a sales agent at Ovation.

Davis said the Ovation community will add 600 homes to Mountain Falls, a master-planned community, overall, at build-out. Ovation’s second phase is planned to come online in August with Phase III planned for later in 2018.

Ovation hosted a grand opening celebration in April showing off its offerings.

Pahrump is a top place in the state for retirees, according to a recent study.

SmartAsset, a financial technology company that has an online portal for those seeking information and advice on personal finance, ranked Pahrump as No. 5 for the best areas to retire in Nevada in 2018.

SmartAsset created its ranking using state and local tax rates, the number of services such as doctor’s offices and recreation and retirement centers in an area. The group also made its ranking based on the percentage of population seniors make up in an area when compared to the overall population.

All the cities and towns in SmartAsset’s study had an overall index, calculated using several factors. A city or town’s ranking was set on a scale from zero to 100 -with Pahrump hitting 28.36. The No. 1 area in Nevada to retire in was Gardnerville, which had an index of 34.91.

The second best place to retire in Nevada, according to SmartAsset’s study, was Laughlin. That area was followed by Mesquite and then Boulder City.

There has been an interest in the Ovation community from several parts of the country.

Davis said potential homebuyers came from several parts of the U.S. during the grand opening, including Mississippi, New York and California.

“The access to Las Vegas without being in Las Vegas is a big plus,” said Adrian Gonzalez, marketing manager at William Lyon Homes, Las Vegas division. “Pahrump has a small-town feel. More people are learning more about it. It has that perfect blend.”

Potential California buyers also have a positive with Pahrump being so close to the Golden State’s border. The proximity makes it easier for those new residents with family in their home state to go back and visit, according to Davis.

“This is the first ground-up Ovation community in all of the William Lyon Homes brands, so that is a really big deal for our companies,” said Gonzalez. “We are the flagship.”

William Lyon is also developing the Ovation brand in Arizona, California and Washington.