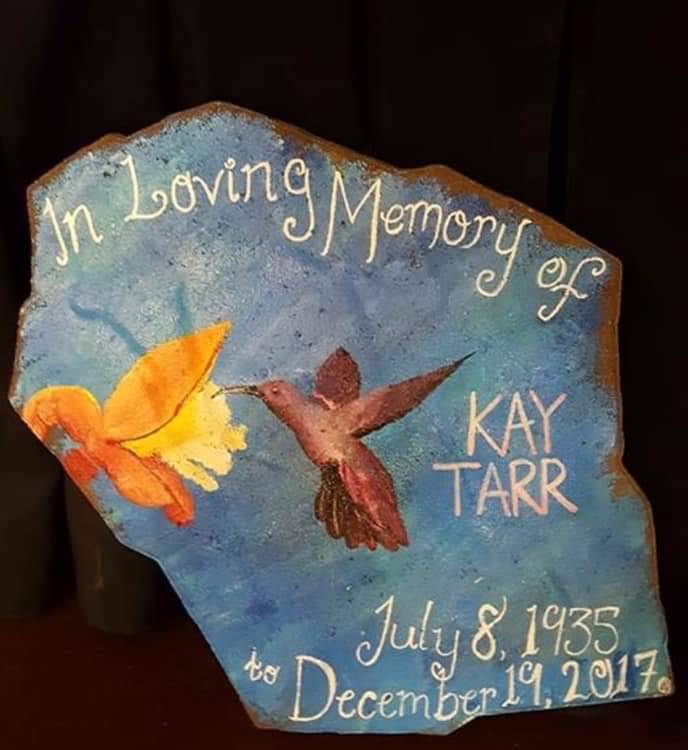 Bill Marker/Special to the Pahrump Valley Times The family of former Beatty-Amargosa school teacher Katherine “Kay” Tarr had the memorial stone placed at the spot where her ashes were scattered after her passing in December of 2017. 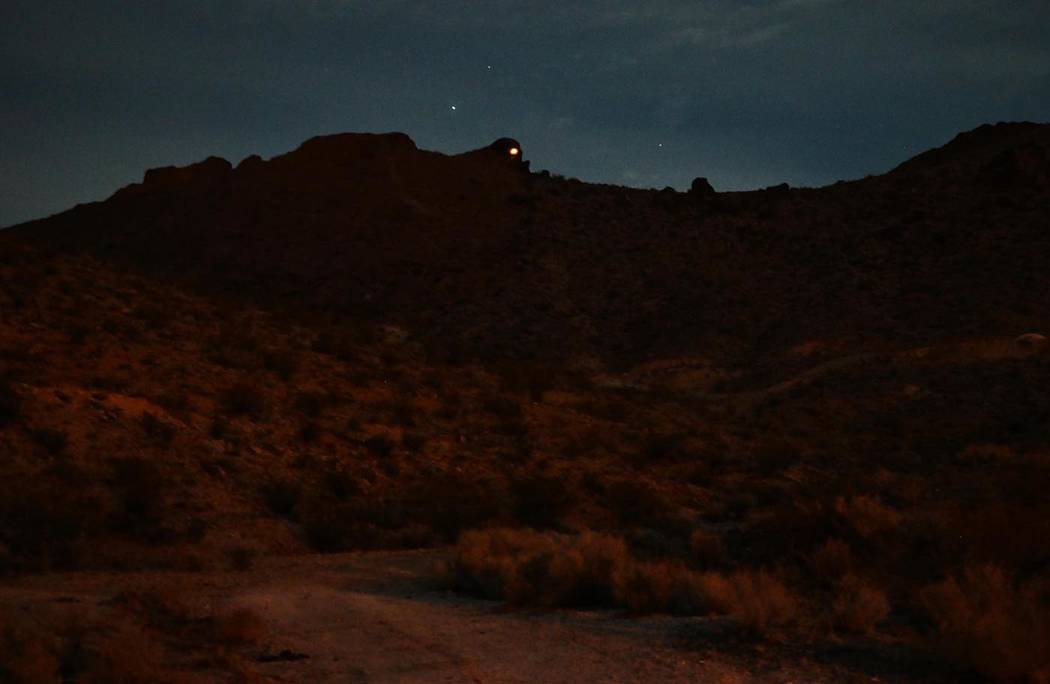 Richard Stephens/Special to the Pahrump Valley Times A concerned citizen contacted the Nye County Sheriff's Office, fearing that someone was stranded up there, perhaps with a flashlight.

Sunday, Dec. 8, 2019. It was a dark and soggy night as Beatty Fire Chief Mike Harmon slogged his way up the slopes of Beatty Mountain.

Seeing a strange light on the mountain, a concerned citizen had contacted the Nye County Sheriff’s Office, fearing that someone was stranded up there, perhaps with a flashlight.

Lieutenant Alan Lynn recommended that Harmon respond because of his search and rescue experience and familiarity with the area.

At the end of his muddy climb, Harmon was surprised and amused by what he found — not a stranded hiker, but a solar pathway light stuck into a boulder.

He shared his puzzling experience with friends at the Beatty Town Advisory Board meeting the next day, where he learned from board member Randy Reed that the light was put there by the family of former Beatty-Amargosa school teacher Katherine “Kay” Tarr to mark the spot where her ashes were scattered after her passing in December of 2017.

Tarr was much loved by former students, whom she called her “precious people,” and by others in the Beatty community.

“Everyone who knew her loved her,” says son Bill Marker.

Marker said that the light Harmon found was not the first the family had placed there. The original light was taken by someone, and it was replaced around the time of Beatty Days the following October. He said that the family always has a reunion at that time, and they like to see her light shining down on the town she loved.

She also loved Beatty Mountain, which she often admired from the back porch of her house, and she had requested that her ashes be scattered there.

The original light is not the only thing that was stolen from the site. The family had a large stone painted with an image of a hummingbird and the inscription, “In Loving Memory of Kay Tarr, July 8, 1935 to December 18, 2017.” Another son, Andy Tarr, had it painted by Chandra Waner, an acquaintance in Winnemucca.

Marker said it would have taken considerable effort to remove the large stone, which they had tucked into a small cave to keep it from being faded by the sun. “There’s a road that leads up there, and we hauled it up with a side-by-side,” he said.

So, in the end, there was no stranded hiker, just Kay’s light shining down on Beatty.