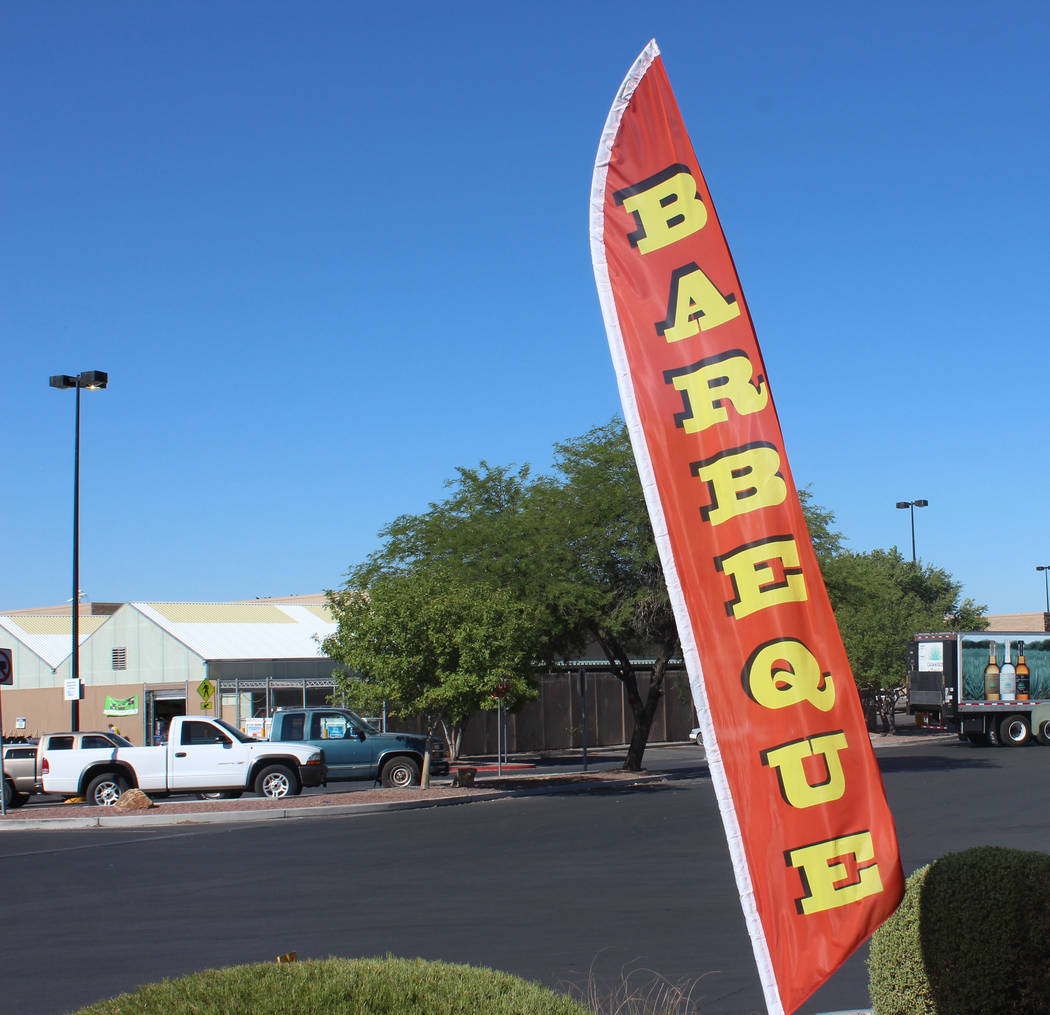 Jeffrey Meehan/Pahrump Valley Times Flag flies for barbecue outside what has been known as Dickey's Barbecue on June 30, 2017. 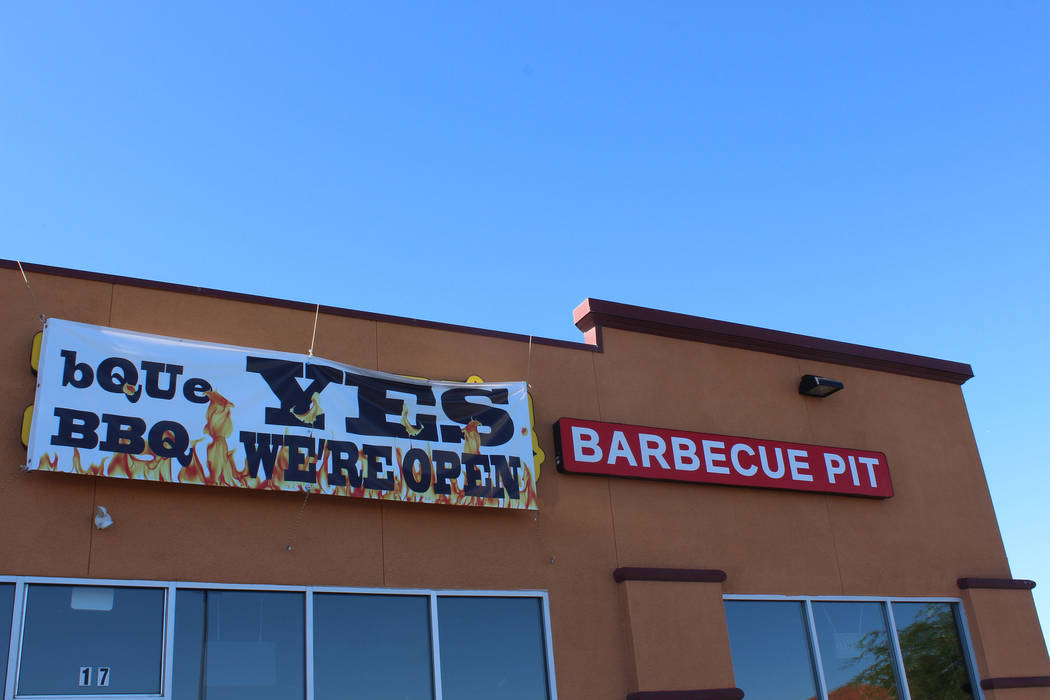 Many locals have probably heard or seen that some changes have occurred at the Dickey’s Barbecue Pit in Pahrump — the area’s first and only location.

The Dickey’s signage has disappeared from the front of the store at 240 S. Highway 160, Suite 17 and has been replaced by a banner that reads “bQUe BBQ Yes We’re Open.”

Just to the right of the banner is a permanently-fixed sign that reads “Barbecue Pit.”

It’s been confirmed by Doug Dubin, owner of the franchise, that the food being served is not from Dickey’s, but a few other elements of the change are still unclear.

In a brief phone conversation with Dubin, he said that things were still being sorted out at this point between all the stakeholders, including Dickey’s corporate and the landlord of the space Dubin leased for his franchise at the Pahrump Valley Junction shopping center.

Doug Dubin, along with his brother Eric and his father Chuck, are listed on corporate documents with Dallas-based Dickey’s Barbecue Restaurants Inc., according to Dubin.

Doug Dubin and those family members are also part of the conversation taking place, he said. Doug Dubin said more information would be made available in the coming weeks on the fate of Dickey’s in Pahrump.

On July 5, 2017, the Pahrump Valley Times was contacted by Doug and his wife Brigitte Dubin. The couple said that Doug’s brother and father were not on the corporate documents or part of the Dickey’s franchise in Pahrump, as a reporter was told during a June 29 phone interview with Doug Dubin.

The Pahrump Valley Times has requested a copy of the documents from Dubins who said their attorney would contact the newspaper with the documents if releasing the information was appropriate.

According to representatives from the Town of Pahrump business license division, no changes have been made on who owns the Dickey’s restaurant.

The Pahrump Valley Times reached out to other members of the Dubin family at what was known as Dickey’s Barbecue and is awaiting a response. A message also was sent to Dickey’s corporate headquarters in Dallas.

Doug Dubin and his wife Brigitte became the face of Dickey’s in Pahrump when it opened in August 2016, he said. But for the last few months, Doug has not been operating the store, as he was in the hospital, he said.

Doug Dubin is no longer involved in the day-to-day operations at this point, he added.

In August 2016, the first store came online. The Pahrump Dickey’s had a ribbon-cutting ceremony. At that time, it was reported by the Pahrump Valley Times that the location employed 30 people.

Dickey’s Barbecue Pit began franchising in 1994. The brand’s founder, Travis Dickey, opened the first store in 1941 in Dallas. Roland Dickey Jr. is now at the helm of Dickey’s corporate. He assumed his role as CEO in 2006.