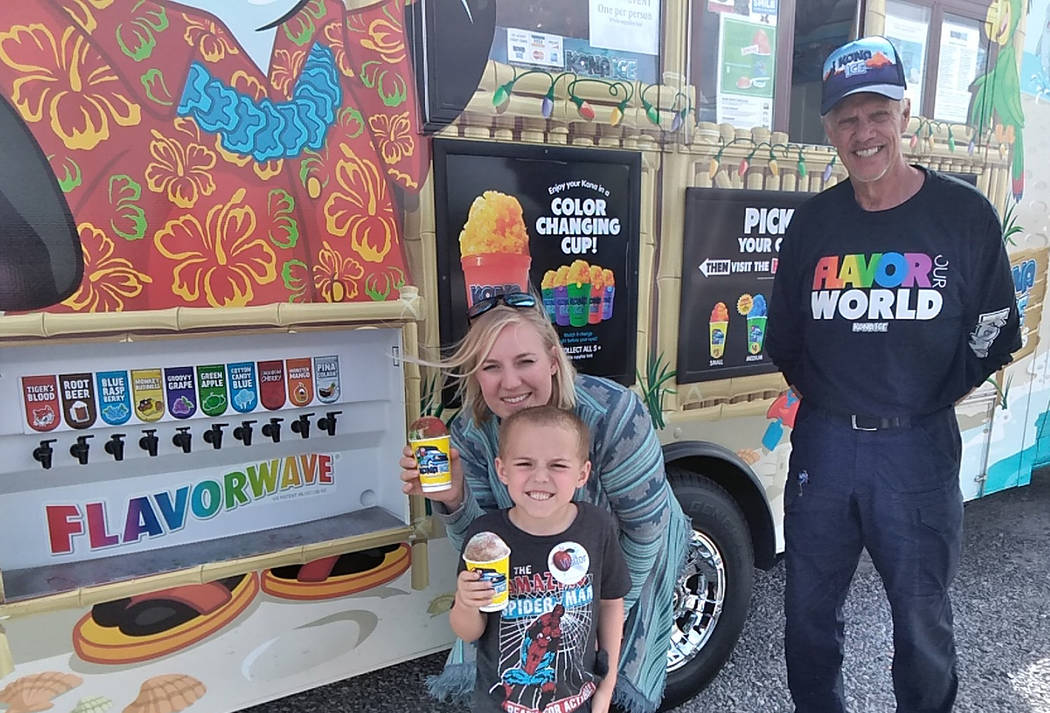 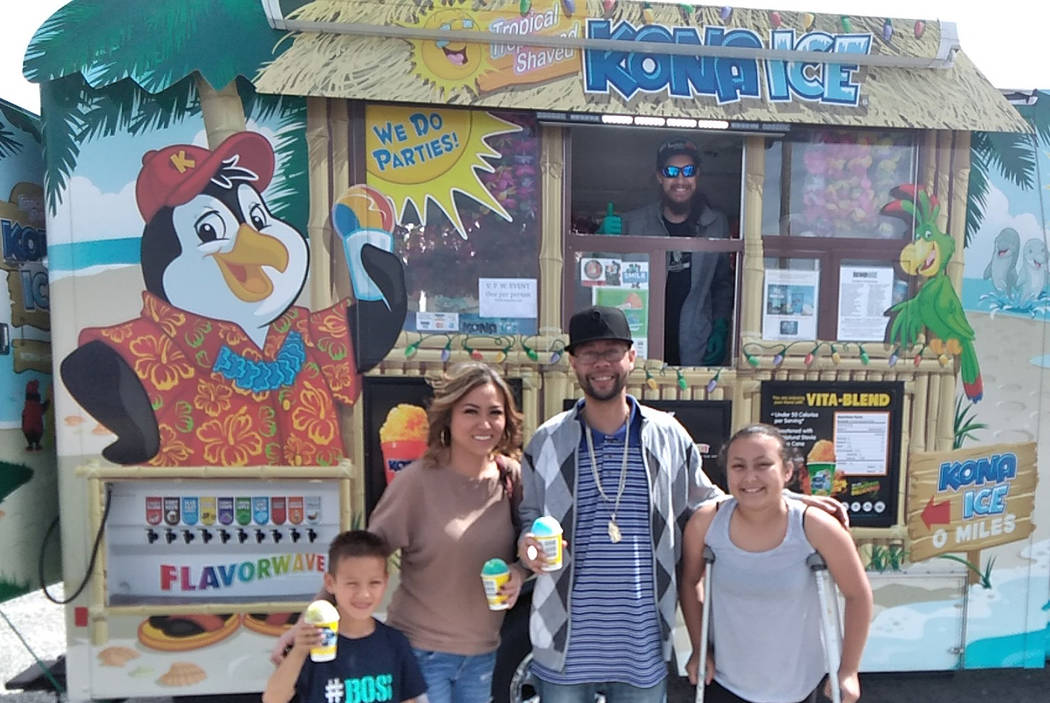 Las Vegas Kona Ice Franchisee Jim Kerr was chilling out in the parking lot of the VFW Post 10054 on Monday afternoon in Pahrump.

Kerr, a frequent visitor to Nye County, was offering free cups of Kona Ice to any and all who stopped by, as part of the sixth annual “National Chill Out Day,” in observance of the April Tax Day deadline for tax filers.

“We are a little bit slow right now, but it’s going to pick up,” he said. “We had quite a turnout last year. We have 10 different flavors of Kona Ice, and 20 serving stations, so we can serve a lot of people.”

Regarding the product itself, Karr said he considers Kona Ice as a “smart snack.”

“We have to go by USDA government guidelines with all of the products that we sell,” he said. “We have less grams of sugar in these than a glass of milk, so we provide a very, very healthy snack. We have many different flavors and we switch them up from time to time. I think the most popular is the Tiger’s Blood which is a coconut and cherry blend. The next one would probably be Blue Raspberry. We are also kosher.”

Karr also added something slightly different this year to the benefit of the VFW Post.

“We are also holding a canned food drive today, called Cans for Kona,” he said. “We are looking to help the VFW fill their food pantry. We have students from Hafen and Floyd Elementary bringing in canned food items, but the kids don’t actually have to bring a can to get a free Kona Ice cup.”

Additionally, Karr spoke about how Kona Ice franchises across the country support their respective communities.

“We are renowned for facilitating endless fundraising options,” he said. “Kona Ice has given more than $60 million back to neighborhood schools, organizations and youth sports teams since its inception in 2007. The brand’s iconic truck offers customers a one-of-a-kind experience, featuring the opportunity to create their own Kona Ice on the self-serve Flavorwave, while enjoying the soothing sights and sounds from the tropics. Right now, there’s about 1,000-plus franchise units in more than 45 states.”