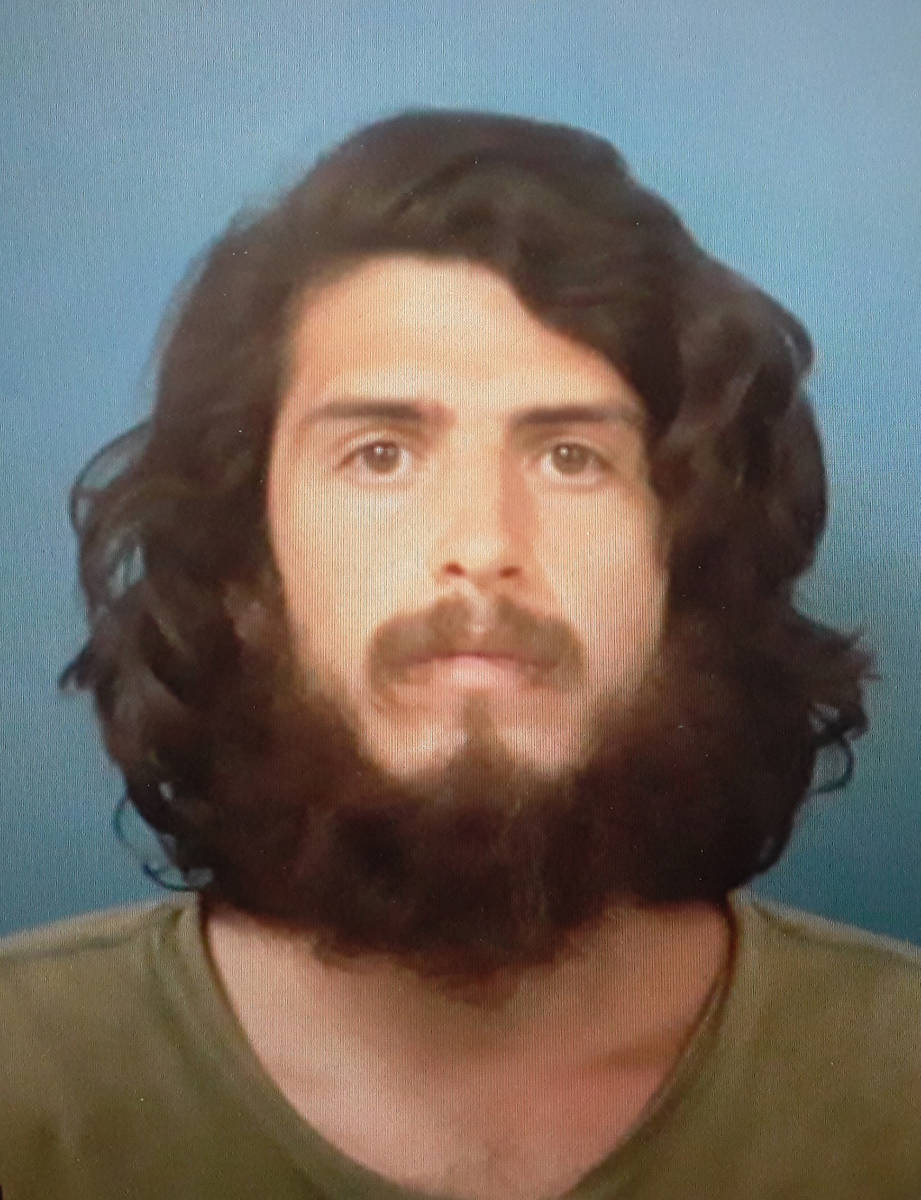 Special to the Pahrump Valley Times Alexander Bautista, 25, faces several charges after refusing to comply with a sheriff's deputy during an investigation. An excessive use of force complaint has also been leveled toward the sheriff's office.

A robbery investigation has led to a complaint of alleged excessive use of force leveled at the Nye County Sheriff’s Office.

As stated in a video news release, the May 10 incident occurred the following day along Frontage Road, after a Walmart loss prevention employee reported that a man identified as Alexander Bautista, 25, who was previously trespassed from Walmart, was found inside the store allegedly attempting to steal merchandise.

“When loss prevention staff attempted to stop him, he reportedly elbowed the staff member in the chest before leaving the store,” the release stated. “Deputies were unable to locate Bautista on that date, and reviewed surveillance footage of the incident. On Monday, May 11th, Bautista was located by a motor deputy on Frontage Road.”

The deputy was heard asking Bautista where he was going, where the suspect was heard to reply a destination which he referred to as “Twerlo.”

The deputy asked Bautista “what’s that, and where are you going?”

Bautista then replied, “How come you don’t know what is that?”

“I’m just not familiar with it,” the deputy said.

After responding “oh sure,” Bautista ignored the deputy’s request to “stay here.”

As Bautista continued to walk away, the deputy could be heard telling dispatch that the suspect was walking away.

At that point, the deputy activated the horn on his motorcycle, as he continued to request Bautista to stop walking away at least a half-dozen times.

During that time, the deputy advised a second responding officer to proceed across Highway 160, near a local business, where he had a visual on Bautista.

The deputy then tells Bautista that he was going to go to jail if he did not stop.

As he continued the pursuit, the deputy informed Bautista that he was under arrest, and again ordered him to stop walking, as he continued to sound his horn as well as his siren, as Bautista kept walking away.

The deputy, who then got off of his motorcycle could be seen pursuing Bautista on foot.

Once both deputies caught up to Bautista the body-cam footage showed that the suspect began to struggle and refused to obey commands to get on his stomach.

Following the struggle, the deputies were eventually able to place Bautista in handcuffs, where he was transported to the Nye County Detention Center.

Bautista was arrested on suspicion of robbery, resisting, and battery on a protected person.

It should also be noted that excessive force complaint came from a concerned citizen.

The news release however, did not state whether the citizen witnessed the incident in its entirety.