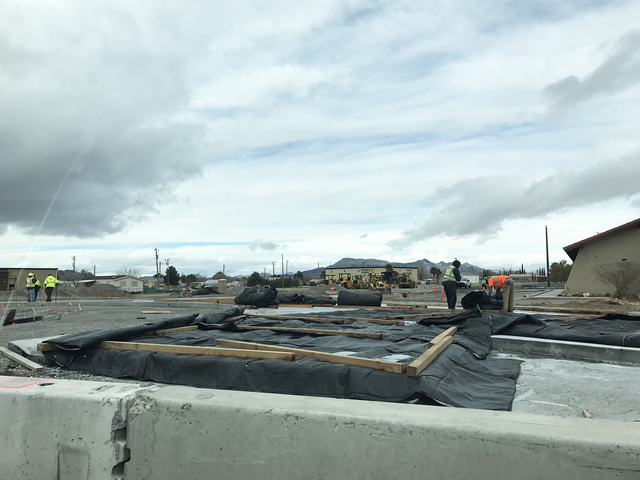 The Nevada Department of Transportation plans to spend $6.8 million on road projects around Nye County for this fiscal year. That does not include the cost of finishing the two roundabout projects on Highway 372, which were on last year’s budget. Mick Akers/Pahrump Valley Times

The Nevada Department of Transportation plans to spend $6.8 million on road projects around Nye County for this fiscal year. That does not include the cost of finishing the two roundabout projects on Highway 372, and the widening of Highway 160, both of which were on last year’s budget.

The agency plans a number of road projects in the northern part of Nye County, officials said.

“Keep in mind, these are simply planned projects. They are still dependent upon available state and federal funding. As such, there is no guarantee that these projects will actually occur,” he said.

Illia said that the residents of Nye County, unlike Clark County, did not approve fuel revenue indexing, thereby limiting the resources available for underwriting transportation improvements.

Of the 19,127 votes cast for the county ballot question in November asking if the county should impose annual fuel tax increases to pay for road repairs and maintenance, 14,183 voted “no.”