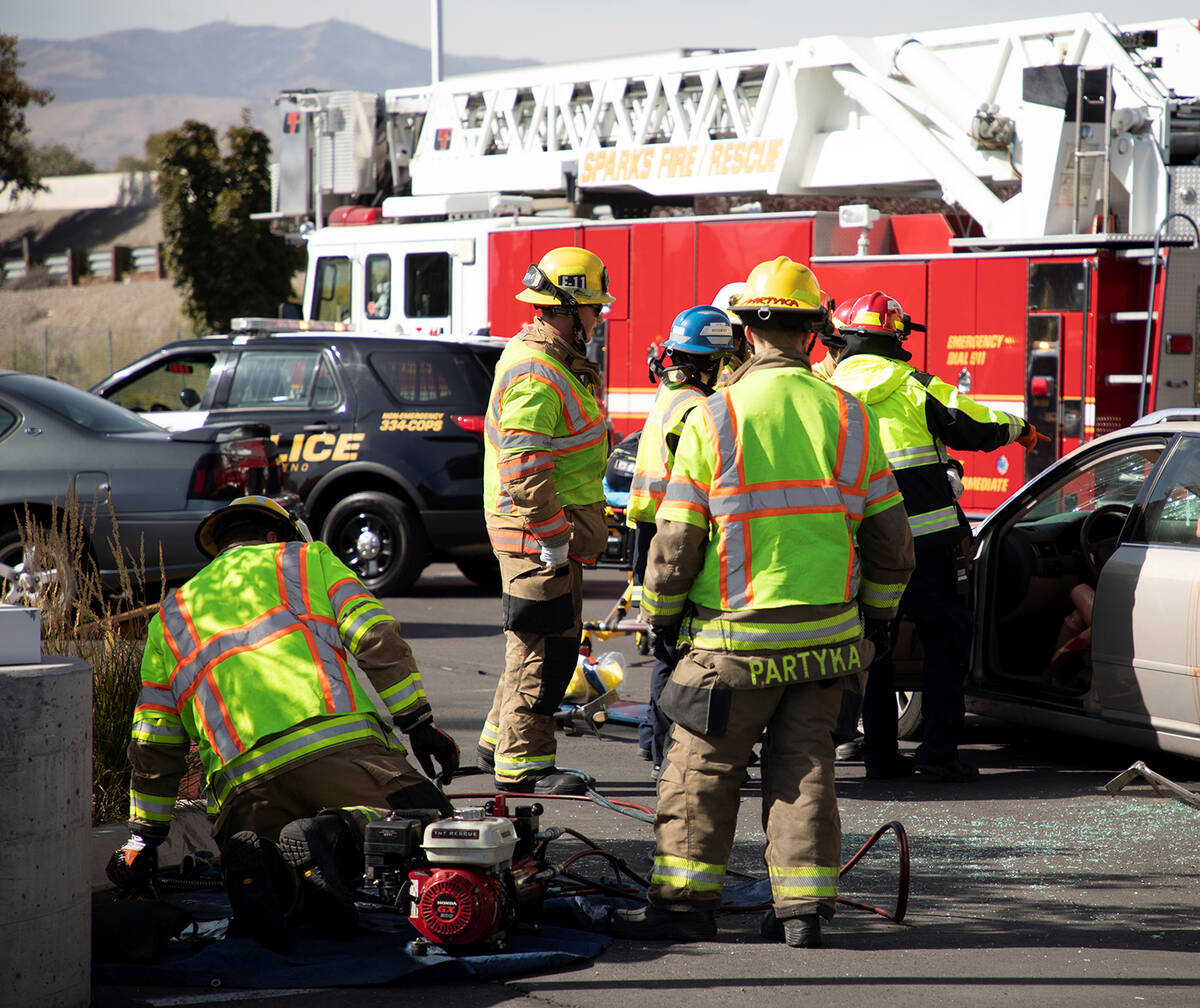 Nevada Department of Transportation NDOT officials urge motorists to drive attentively, slow down and move over for traffic response vehicles during Crash Responder Safety Week which began on Monday Nov. 8, through Nov. 14. An NDOT news release stated that traffic incidents are the primary cause of death for police officers and emergency medical responders nationwide.

With approximately 50,000 motor vehicle crashes in the Silver State each year, the Nevada Department of Transportation, (NDOT) and the Nevada Highway Patrol, are reminding motorists to observe National Crash Responder Safety Week, which began on Monday Nov. 8, and runs through Nov. 14.

As such, officials urge motorists to drive attentively, slow down and move over for traffic response vehicles, according to an NDOT news release, which stated that traffic incidents are the primary cause of death for police officers and emergency medical responders nationwide.

“To help keep drivers, incident victims and first responders safe, Nevada traffic incident response partners are reminding motorists that Nevada law has long required drivers to slow down, proceed with caution, and if possible, move to the far lane when passing a vehicle(s) pulled over on the side of the road with emergency lights on. Since 2017, an updated law requires drivers to do the same for NDOT and other road work vehicles with flashing amber or non-flashing blue lights on.”

Additionally, NDOT officials noted that Nevada law also requires drivers involved in minor, non-injury fender-benders to safely move their vehicle out of the travel lanes when possible in an effort to help reduce the chance of secondary crashes for themselves and other drivers.

“When you see flashing lights on our roadways, please slow down and move over,” Nevada Department of Public Safety Highway Patrol Colonel Anne Carpenter said. “Remember that first responders, NDOT workers, tow-truck drivers, and motorists with their hazards on, are all people who have loved ones who want to see them make it home safely. Be alert, be aware and slow down. Lives are on the line, and it might be your loved one who needs that courtesy one day. We are all in this together.”

The release went on to say that national statistics show that for every minute a freeway lane is blocked, the resulting traffic congestion takes four minutes to clear, and the chance of a more severe secondary crash increases.

“The Nevada Departments of Transportation and Public Safety, local law enforcement, fire departments, and numerous additional agencies train together, joining forces across the state in regional Traffic Incident Management (TIM), coalitions to improve road incident response and roadway safety while reducing travel delays,” according to the release. “Since Nevada’s first TIM Coalition was founded in Southern Nevada in 2008, coalitions statewide have trained 65 percent of all incident responders to implement consistent, safe, and quick clearance of traffic incidents. The collaborative, multi-agency training helps incident responders throughout the state seamlessly work together.”

To keep updated on the current state of road and highway conditions, visit the state’s webpage at nvroads.com, or call 511 before driving.

More information is available at www.nvtim.com.