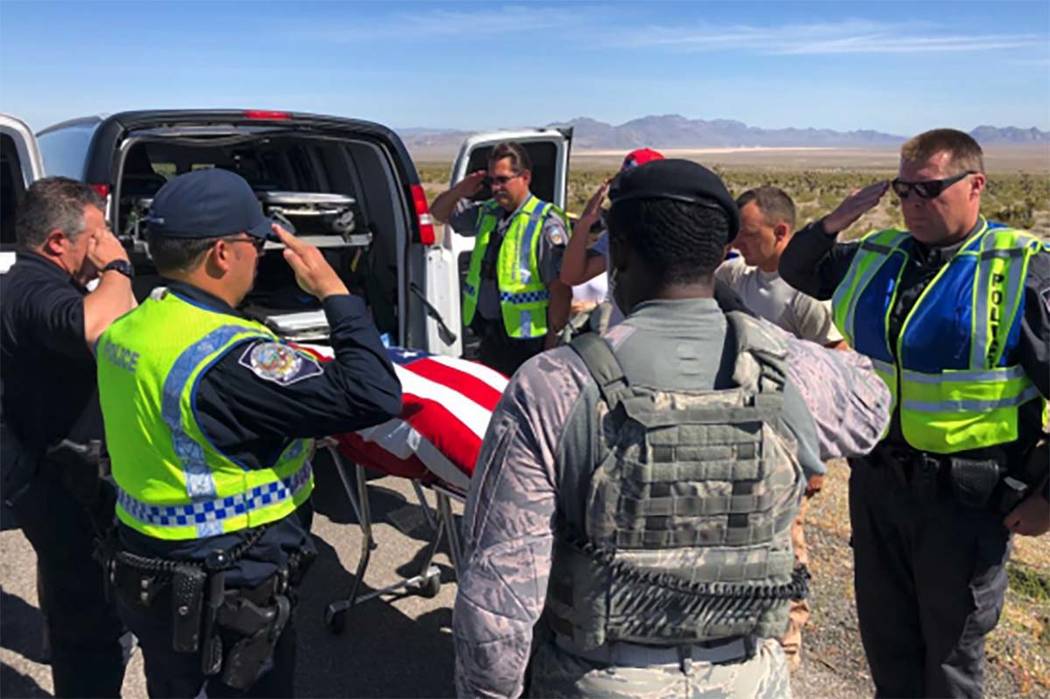 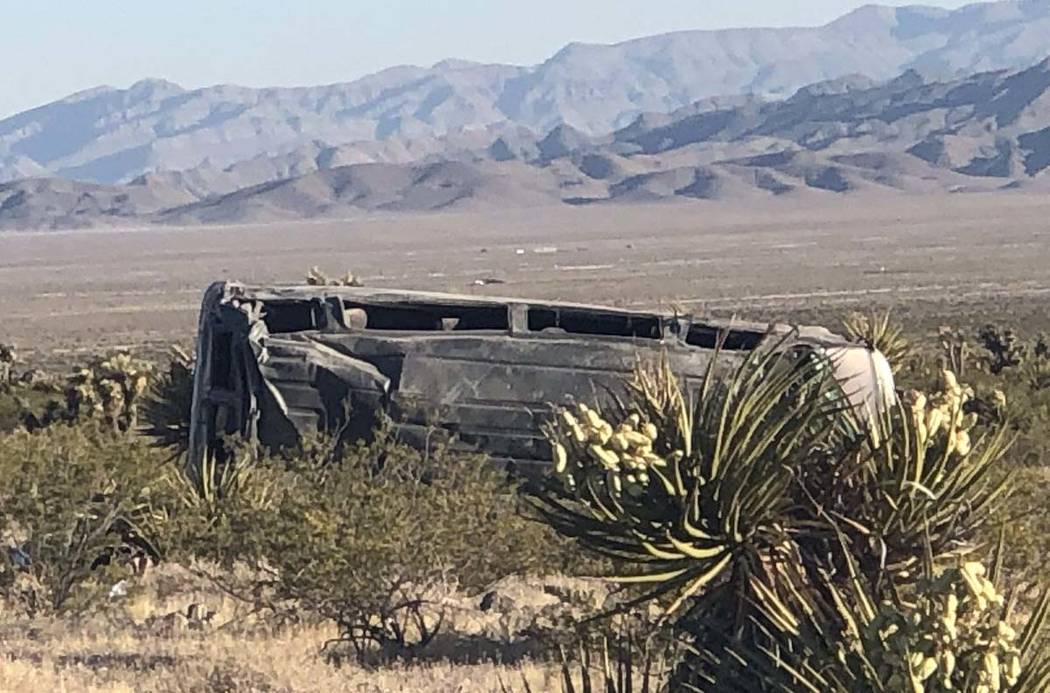 A Nellis Air Force Base airman died when a van carrying five service members rolled over on U.S. Highway 95 Wednesday morning, according to the Nevada Highway Patrol.

The crash was reported around 5:18 a.m. just north of Lee Canyon Road. The van left the roadway when the left rear tire malfunctioned, causing it to roll over.

“Multiple occupants were ejected,” the Highway Patrol said in a statement.

One airman was pronounced dead at the scene, while three others were taken to the University Medical Center Trauma Center with serious injuries, and another was evacuated by air with nonlife-threatening injuries, the Highway Patrol said.

“Nellis leadership is deeply saddened by this morning’s accident and the loss of one of our own,” the air base said in a statement. “Our focus now is on caring for them, their families and their wingmen. We are grateful for the quick actions of the first responders and medical professionals who are caring for our airmen.”

One lane of U.S. 95 was closed for nearly six hours during the investigation.

The airmen were members of the 820th Red Horse Squadron at Nellis Air Force Base. The squadron consists of 404 airmen who conduct vehicle maintenance and engineering.

The Highway Patrol “performed a full escort with members of USAF from the crash scene to the coroner’s office,” for the deceased airman, whose name was being withheld pending notification of next of kin.

Investigators do not believe speeding or impairment caused the crash, but the incident remains under investigation.