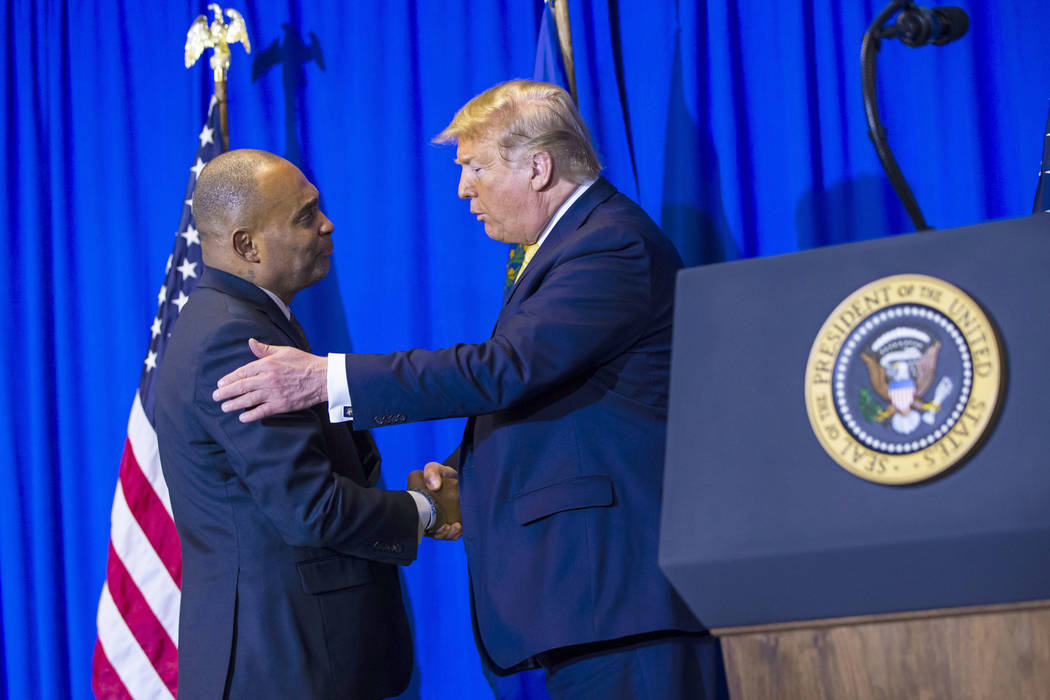 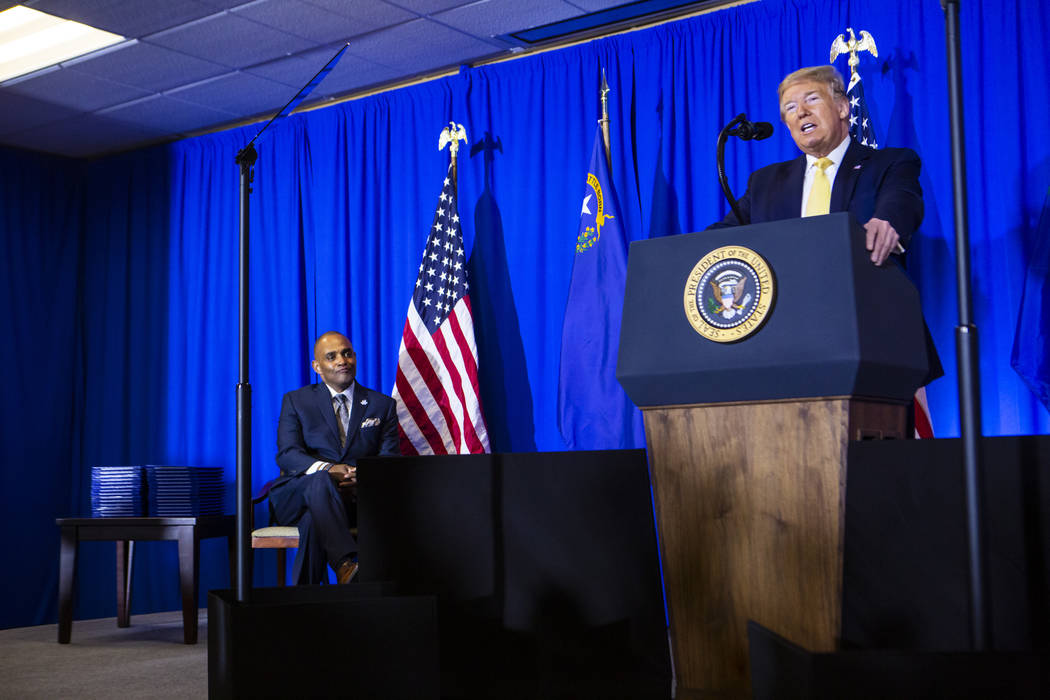 Chase Stevens/Las Vegas Review-Journal President Donald Trump speaks as Hope for Prisoners CEO Jon Ponder, left, looks on during a graduation ceremony for participants of the Hope for Prisoners program at Metropolitan Police Department headquarters in Las Vegas on Feb. 20, 2020. 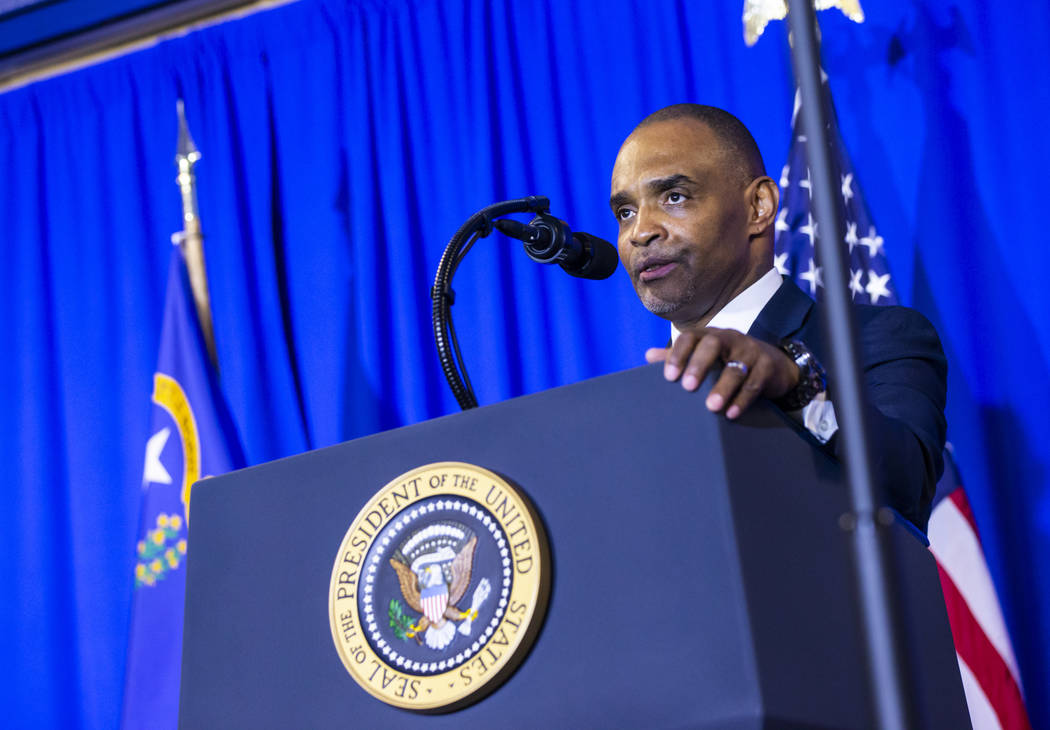 Jon Ponder, an ex-convict who now spends his days helping former inmates transition back into civilian life, was granted clemency by the state Pardons Board on Wednesday for past battery convictions.

The pardon, which was approved unanimously by the board members present, clears Ponder’s record of the domestic battery crimes he was convicted of in the 1990s and early 2000s.

Ponder could not hold back the tears as he listened to his brother Darryl, who was the victim of one of the battery convictions, testify about how Ponder had turned his life around and “brought the family together.”

“It was so surreal,” Ponder said after the hearing.

The state pardon comes on the heels of President Donald Trump last month teasing a “full pardon” for Ponder, which would clear his record of separate federal crimes that sent Ponder to prison.

Ponder’s attorney, Kristina Wildeveld, said the Nevada pardon was the first step in restoring his full rights, noting that he still has the federal robbery conviction as well as crimes dating back to his time in New York and that they are actively working toward resolving those convictions.

Growing up in New York, Ponder fell into gangs and found himself arrested at the age of 16 for armed robbery. He spent the next 20 years in and out of custody for crimes ranging from assault to other robberies. The last was in 2004, when he was arrested after a drug-and-alcohol-fueled armed bank robbery that sent him to federal prison for the last time.

It was during that federal prison sentence that Ponder found faith, and a purpose.

A year and a half after being released, Ponder founded Hope for Prisoners in 2009. The nonprofit organization partners with law enforcement agencies across the state, including the Metropolitan Police Department and the Nevada Department of Corrections, and has helped more than 2,000 former Nevada inmates reenter civilian life.

Wildeveld asked the board, which is made up of Nevada Gov. Steve Sisolak, Attorney General Aaron Ford and the seven Supreme Court justices, for a full, unconditional pardon, in large part because Ponder wants to do normal parent activities with his daughters. Ford and Chief Justice Kristina Pickering were absent for the vote.

She also said that because of his status, Ponder’s wife can’t own a firearm. Wildeveld noted that none of Ponder’s convictions, including the bank robberies, involved a gun.

Sisolak stood staunchly against restoring Ponder’s right to bear arms, however. But because of the rules of the board, that meant a pardon without those rights restored was the only option the board could vote on.

Justice Lidia Stiglich said she disagreed with the governor’s position and wanted to vote against it, because she believed that Ponder should have his rights restored unconditionally, but she said she would vote yes because she didn’t want there to be any disagreement about Ponder deserving the pardon.

“That was what you did. But who you are is who you are today,” Stiglich said. “And I think you’ve distinguished yourself both in your own rehabilitation and your service to your community in trying to make that right.”