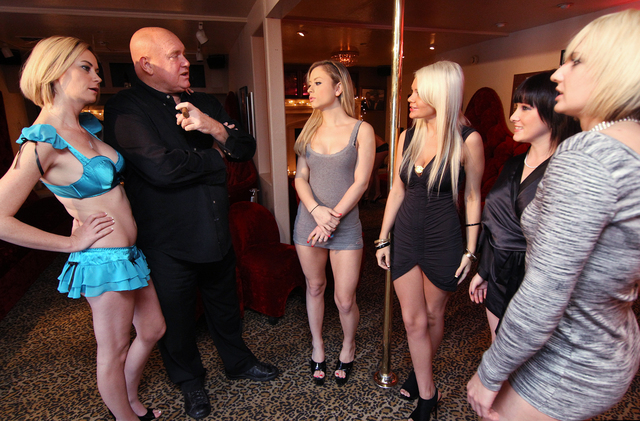 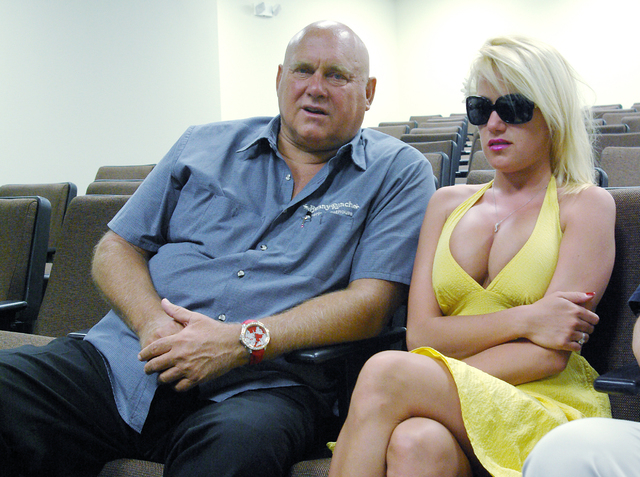 Dennis Hof, easily the most well-known pimp in Nevada, has joined the Libertarian Party and said Wednesday he is weighing a run for the seat of retiring U.S. Sen. Harry Reid, D-Nev.

Hof, the owner of seven legal brothels, including the well-known Moonlite Bunny Ranch in the Silver State, said he has formed an exploratory committee to look into a potential run as a Libertarian candidate.

Hof, 68, moved to Nevada from Phoenix in 1975, operating gas stations before venturing into the brothel business in 1992. The holder of more brothel licenses than anyone else in Nevada, Hof is media savvy and open about his business empire, which stretches from Lyon County to Nye County.

In Nye, Hof owns the Alien Cathouse in Amargosa Valley and the brothels in Crystal.

Hof bills himself as someone who would bring to the office the perspective of an independent businessman who isn’t beholden to special interests. He said he became disillusioned with elected officials after watching the Legislature pass a $1.4 billion tax package this session after voters in November rejected a margins tax.

“I don’t owe anybody anything,” Hof said, adding he had been an independent. “I’m not going to be swayed by people that support these politicians.”

Hof already has name recognition going for him as a star of HBO’s late-night reality show “Cathouse.” He also noted he has been vetted and background-checked plenty of times already as an applicant for brothel licenses.

“My life’s an open book,” said Hof, who titled his memoir “The Art of the Pimp.” “The only thing that they can say about me is, ‘You eat too much and you’ve slept with a lot of girls.’ ”

Nevada is the only state with legal brothels. Brothels are licensed by counties and not allowed in Clark County under state law. Other counties besides Clark are allowed under the law to decide if they want brothels, and some, including Washoe County, Carson City and Lincoln County, don’t permit brothels.

“They might not like what I do, but my business is legal,” Hof said of those who disagree with his trade. “I’ve got a whole lot of common sense, and it’s time we get somebody that’s not one of these career politicians.”

Hof said he doesn’t know when he will make a final decision on the Senate race.

“We’re thrilled to have him on board,” said Brett Pojunis, chairman of the Nevada Libertarian Party. “He sounds like he’s dead serious about doing this.”

Pojunis said Hof’s celebrity business background and social media presence are all helpful. He estimated that the party has 12,000 to 13,000 registered voters in Nevada and has plans to register more voters.