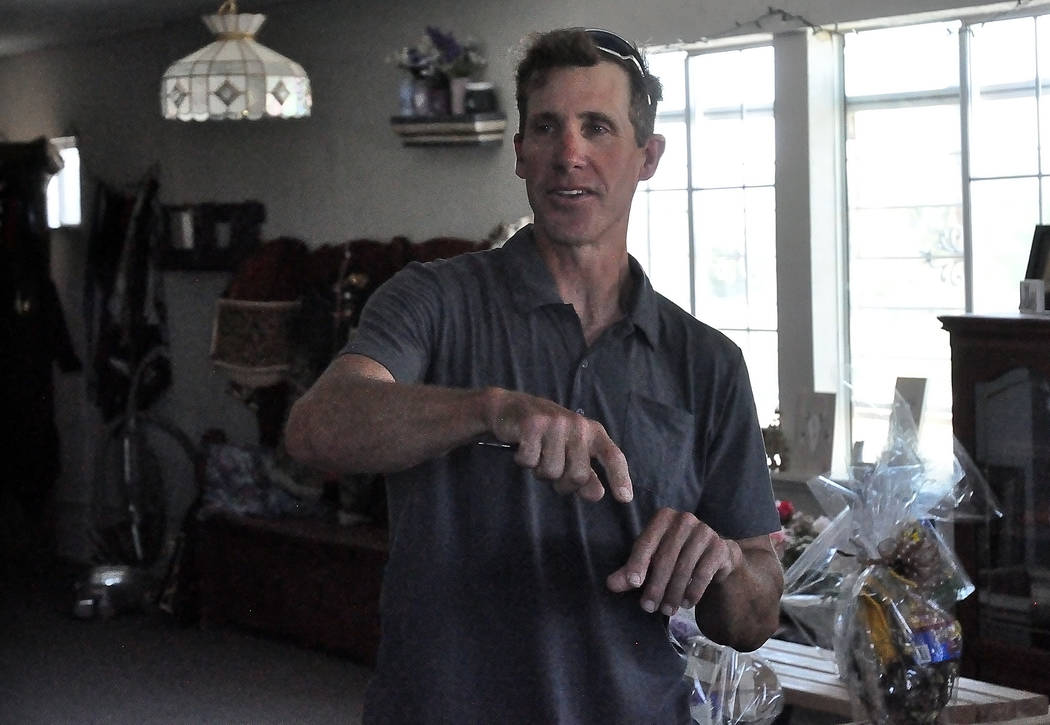 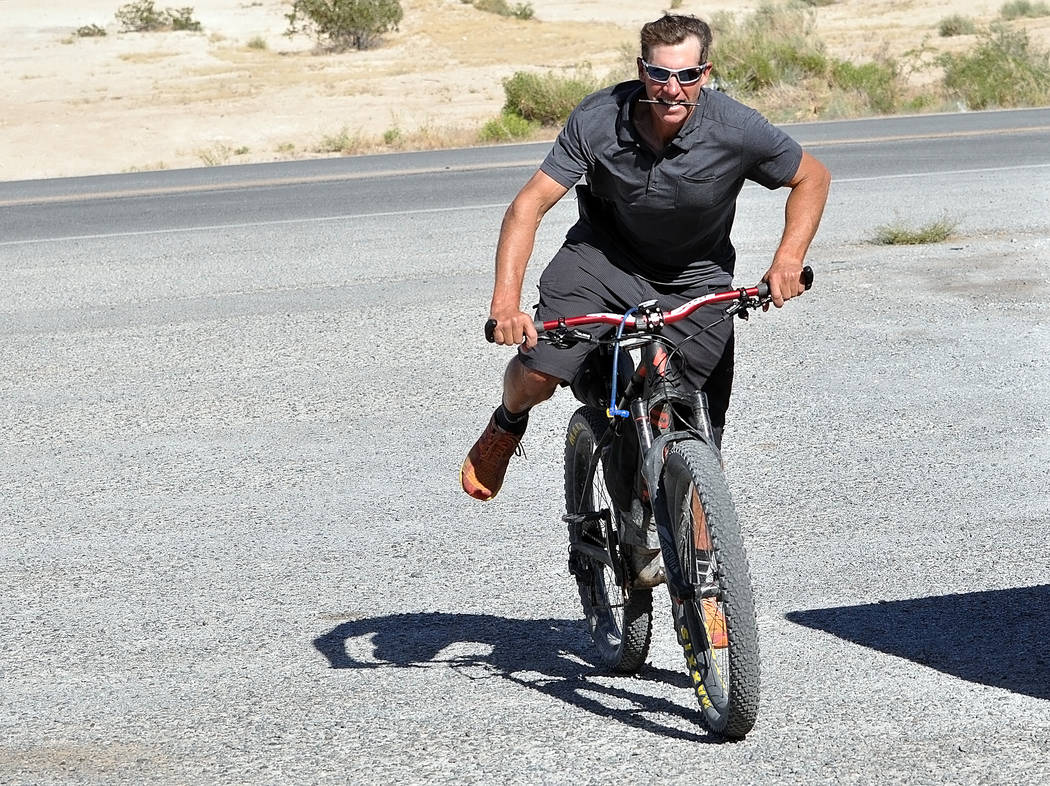 Horace Langford Jr./Pahrump Valley Times Jared Fisher, a Republican candidate for Nevada governor's seat, recently biked through Pahrump as part of his statewide tour. Pahrump was one of the last stops along Fisher's 1,400-mile journey across the state. 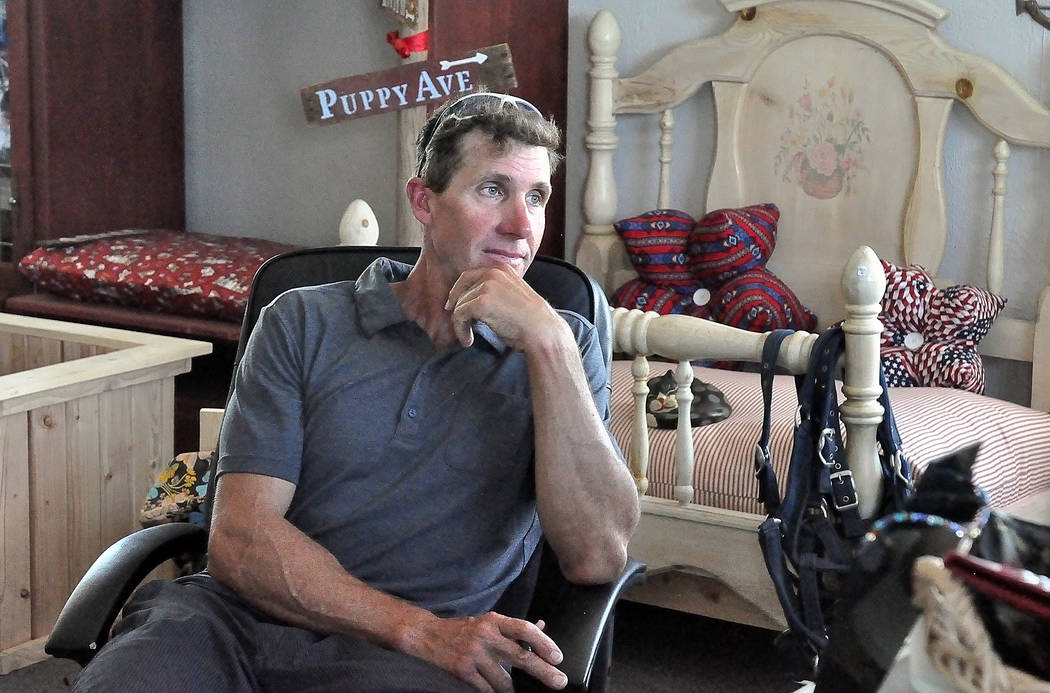 Horace Langford Jr./Pahrump Valley Times Jared Fisher, a Republican candidate for Nevada governor's seat, stopped at For Our Vets store in Pahrump where he met with members of the Nye County Republican Central Committee and Pahrump residents.

Fisher stopped at the newly-opened For Our Vets store where he met with members of the Nye County Republican Central Committee and Pahrump residents.

The visit was one of the last stops of Fisher’s 1,400-mile journey across the state.

Fisher, a 47-year-old Republican, kicked off “The Listening Tour” on April 30 as he ventured across the state on his bike to meet with Nevadans. Among some of the communities that Fisher checked off his list are Logandale, Caliente, Pioche, Ely, Elko, Lovelock, Winnemucca, Sparks, Goldfield, Amargosa Valley and Pahrump.

“I thought the best way to experience Nevada was in a natural setting. I don’t believe it would have been nearly as effective from an automobile,” Fisher told the Pahrump Valley Times.

Fisher, who owns Las Vegas Cyclery and the Escape Adventures bike tour company, announced his bid for the governor’s seat in April. He has never run for elected office before.

“I am running for governor out of decency and reason, professional experience, rather than political connections,” he said. “There is a difference between having been elected to office and having government experience, those are often confused. I have plenty of government experience and the good news is I have never been elected to office. People I speak with are looking for something new and tired of same old politics.

Fisher is a graduate of the University of Nevada, Las Vegas William F. Harrah College of Hotel Administration. He has worked for the Regional Transportation Commission of Southern Nevada, Nevada state parks and various land management departments.

“You have to know your neighbors, know the people, be able to make strong, sound decisions that are beneficial to the majority of the people,” he said.

Fisher is a supporter of clean energy as his business is powered by solar panels and wind turbines. He named clean energy as one of the main points of his campaign as it can facilitate job growth, and necessitate and support higher education.

After visiting Pahrump, Fisher headed to his hometown community, Blue Diamond, but said he still plans to visit more communities around the state this summer.

Nevada Gov. Brian Sandoval is not eligible for re-election because of term limits. Republican Attorney General Adam Laxalt is considered a front-runner in the 2018 gubernatorial race, but he has yet to announce his candidacy. Clark County Commission Chairman Steve Sisolak and former Diamond Resorts CEO Stephen Cloobeck, both Democrats, are mulling their bids.