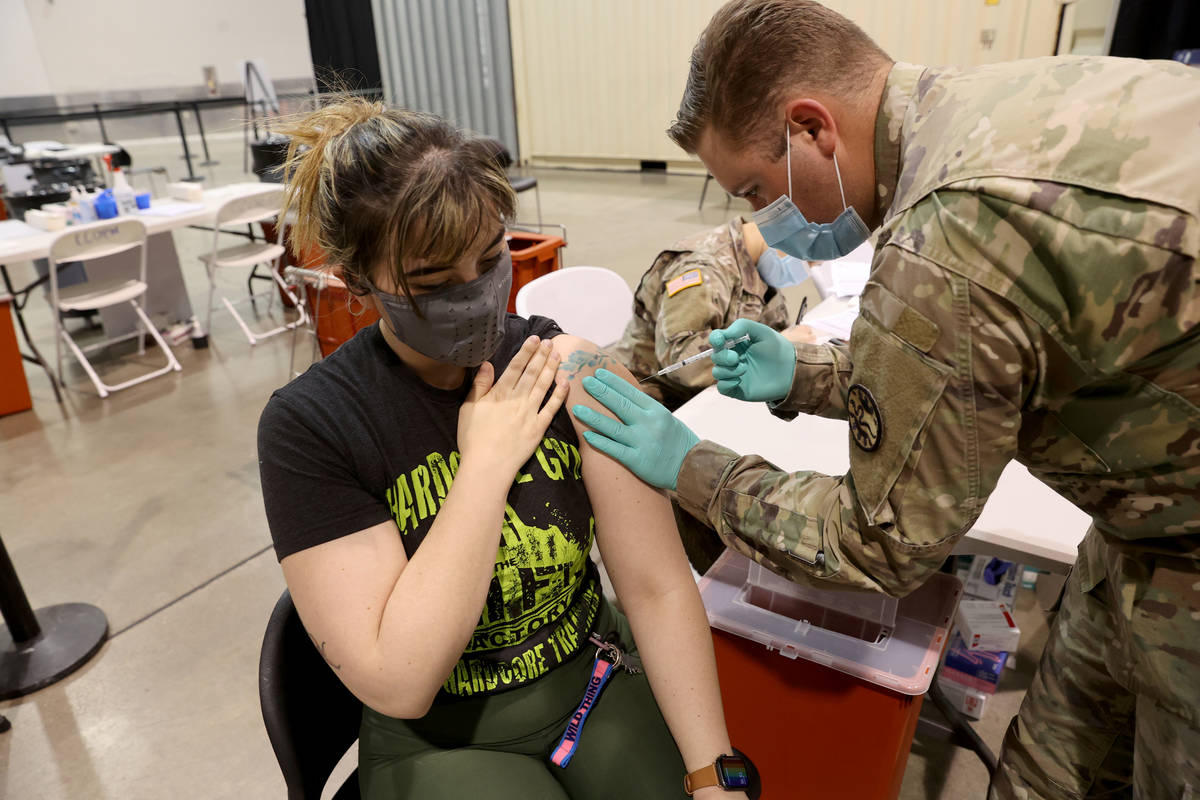 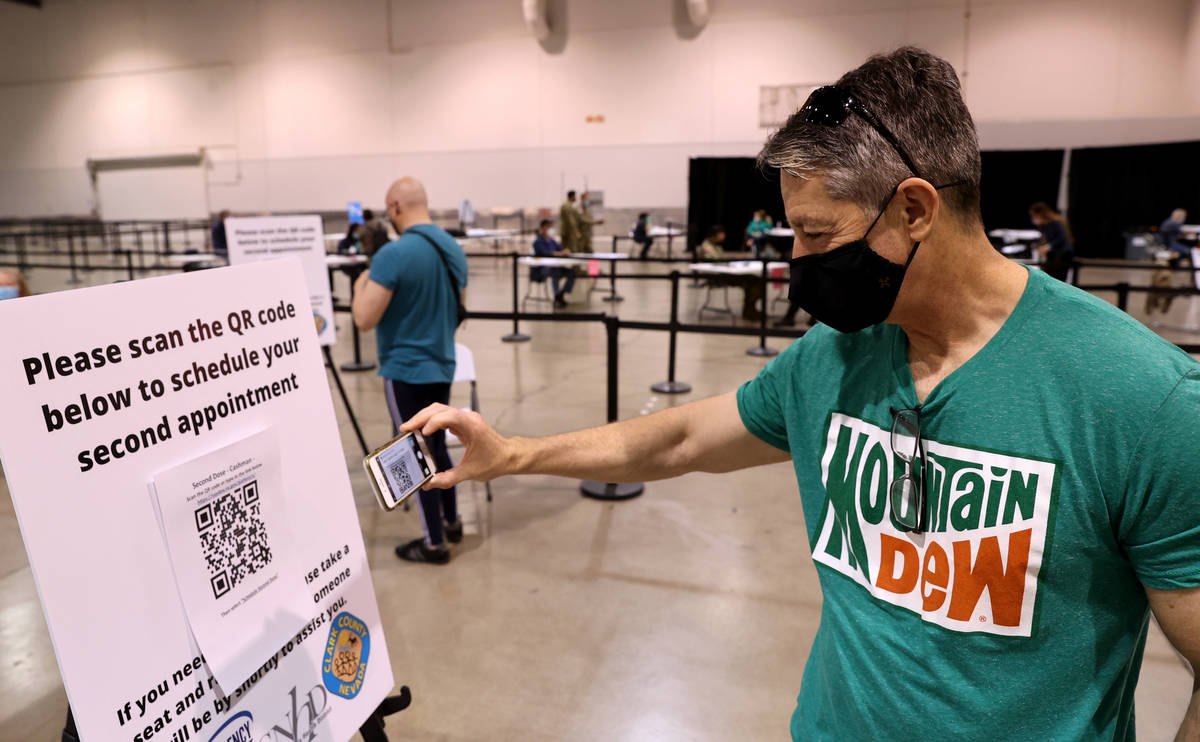 Pat McKeever, 53, who is a pilot with Southwest Airlines, scans the QR Code for his second appointment after receiving the first dose of the COVID-19 vaccine from Nevada National Guard Spc. Keith Davis at Cashman Center in Las Vegas Tuesday, March 2, 2021. (K.M. Cannon/Las Vegas Review-Journal) @KMCannonPhoto

Nevada on Saturday dropped for the first time below the 5 percent positivity rate the World Health Organization’s says governments should hit for 14 days straight before beginning to reopen.

The two-week positivity rate, which essentially tracks the percentage of people tested for COVID-19 who are confirmed to be infected, decreased by 0.2 percentage points to 4.9 percent.

The state reported 271 new coronavirus cases and 10 additional deaths over the preceding day, with both metrics remaining above recent averages for the third day in a row, according to state data.

Updated figures posted to the Department of Health and Human Services’ coronavirus website brought totals in the state to 300,951 cases and 5,171 deaths.

Despite the recent above-average daily reports, all major disease metrics have been trending lower in the state since mid-January or earlier, health officials have said.

State and county health agencies often redistribute data after it is reported to better reflect the date of death or onset of symptoms, which is why the moving-average trend lines frequently differ from daily reports and are considered better indicators of the direction of the outbreak.

The data also showed 309 people in Nevada were hospitalized with confirmed or suspected COVID-19 cases, which is the same as the previous day. The figure peaked at 2,126 on Dec. 22, according to state data.