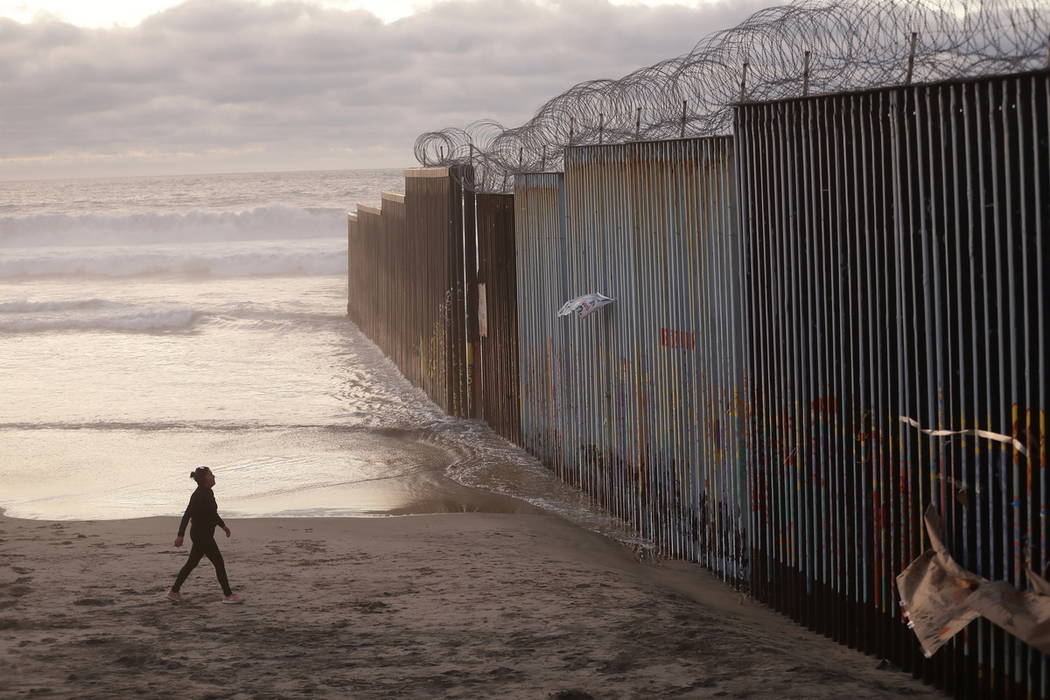 A woman walks on the beach next to the border wall topped with razor wire in Tijuana, Mexico, in January 2019. (AP Photo/Gregory Bull) 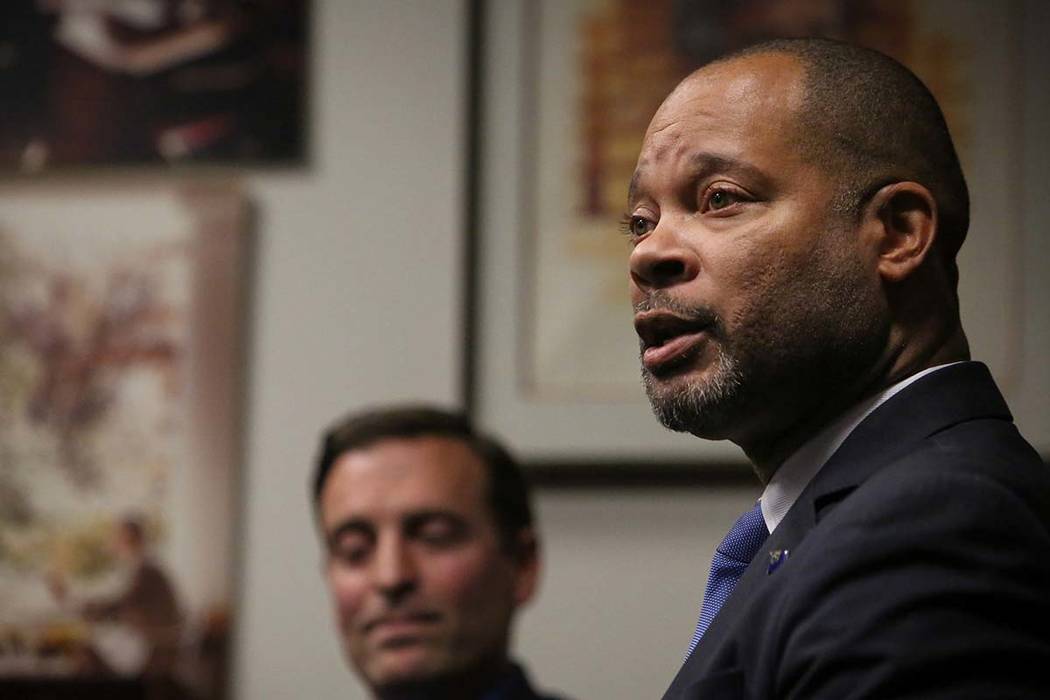 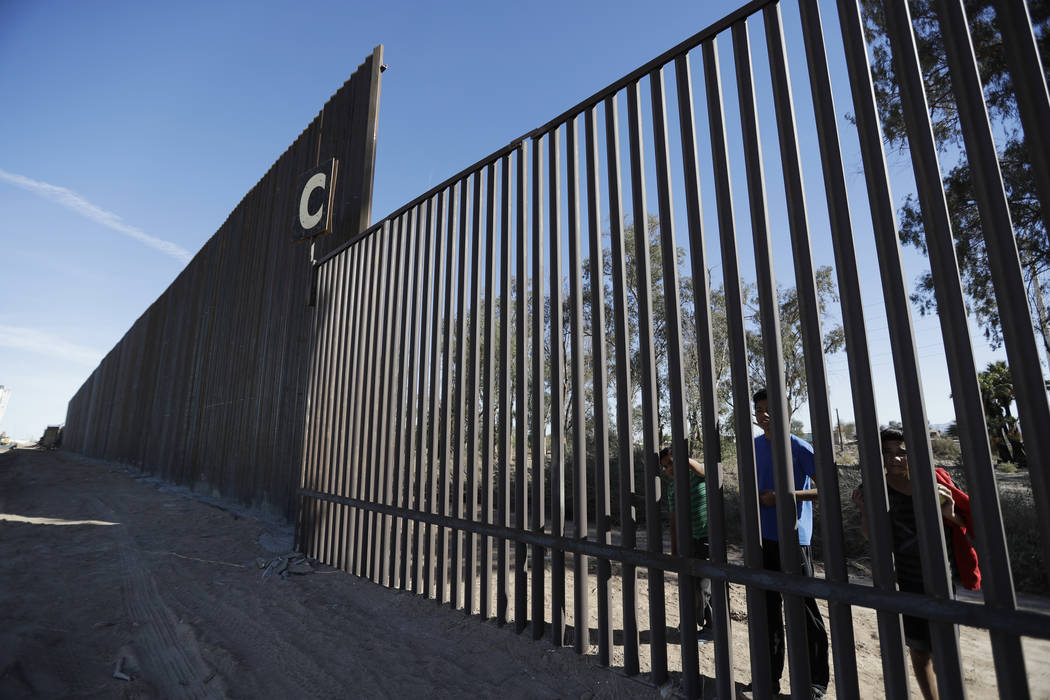 FILE - In this March 5, 2018, file photo, boys look through an older section of the border structure from Mexicali, Mexico, alongside a newly-constructed, taller section, left, in Calexico, Calif. (AP Photo/Gregory Bull, File)

The lawsuit was filed in the Northern District of California and is being led by California Attorney General Xavier Becerra. Sixteen states have signed on to the suit.

“President Trump cannot sidestep our Constitution for a political ploy,” Nevada Attorney General Aaron Ford said in a statement Monday. “The Trump administration’s proposed diversion of funds would waste billions of dollars that is dedicated to supporting our military and law enforcement agencies. I am proud to join this lawsuit to defend our Constitution, our state’s military bases and Nevada’s law enforcement agencies.”

The lawsuit alleges that Trump’s declaration exceeds his presidential power and that it is simply an excuse to redirect federal funds to build the wall between the U.S. and Mexico, the Associated Press has reported.

“President Trump treats the rule of law with utter contempt,” Becerra said in a statement reported by the AP. “He knows there is no border crisis, he knows his emergency declaration is unwarranted and he admits that he will likely lose this case in court.”