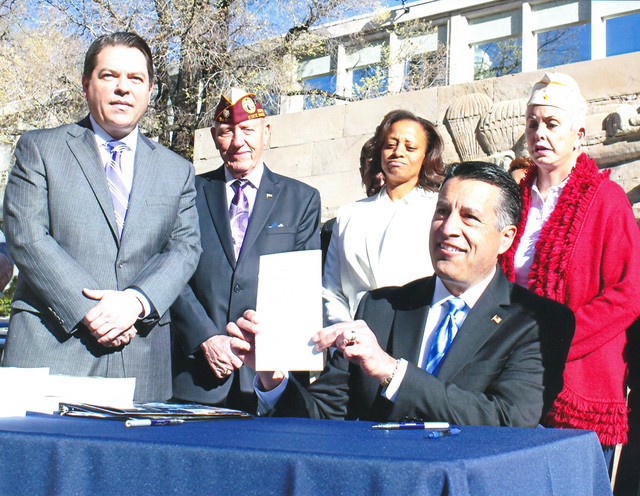 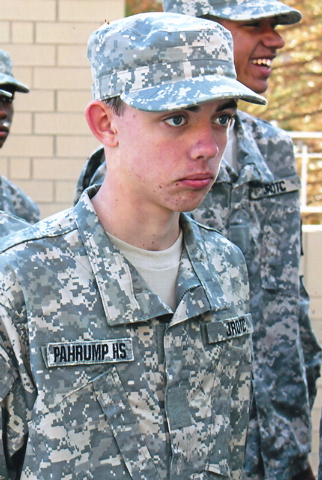 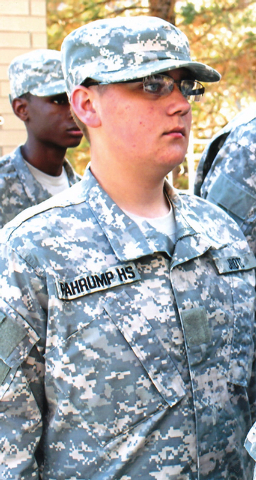 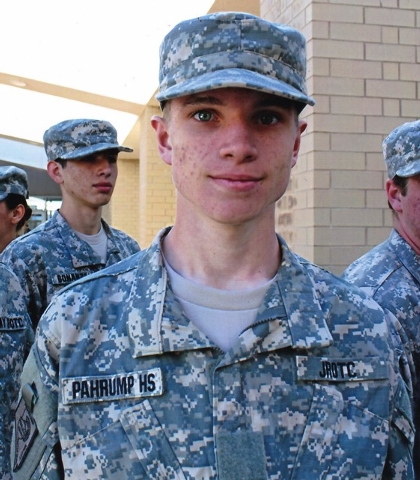 CARSON CITY — Several hundred veterans and several dozen active duty personnel were on hand Thursday to speak with their respective Senators and Assemblymen, as well as to hear an address by Gov. Brian Sandoval and witness him signing a bill into law.

The event was part of Nevada Legislature’s Veterans and Military Day in its chambers.

Kat Miller, the director of the Nevada Office of Veteran Services, was the mistress of ceremonies during the outdoor portion of the event, held in front of the Veterans Wall on the state’s government grounds. She asked several of the speakers on the dais to keep their remarks short.

Bill Baumann, chairman of the Nevada Veterans Service Commission, promptly walked to the microphone, took seconds to thank veterans and their families for all they’ve done, and then sat down. That prompted Miller to add a touch of humor by noting, “I love a man who can follow orders. I wish there were more of them.”

Gov. Sandoval said “Veterans and Military Day is a solemn day.” He added that he wanted Nevada to be “The most military and veteran friendly state in the nation.”

He reported that the start of construction of a state veterans home in Northern Nevada is close to becoming a reality. Regarding Southern Nevada, he noted that groundbreaking for the veterans memorial in Las Vegas will be held on Veterans Day, Nov. 11, and will be scheduled to open on Memorial Day in 2016.

The project will be set on the grounds of the Grant Sawyer building, not far from downtown in Las Vegas. Once set in place, it will be donated to the state.

At the end of the ceremony, Sandoval signed a law extending the length of time veterans with honorable discharges can receive tuition waivers from a Nevada state higher-education school, from two to five years.

“The new law is another step toward continuing my goal” of making Nevada the most hospitable veterans state in the nation, he said. Additional pieces of legislation affecting Nevada’s veterans are currently in various committees and are expected to be voted on soon. The Times asked him if he felt they would pass. “I’m very confident,” he said. When asked if the financing for the new programs was already in the budget, he said “If we don’t have the money, we’ll get it.”

The day also featured a display of Nevada Guard vehicles and equipment.

State Assemblyman James Oscarson, whose district includes Nye County, said he supports all veterans legislation that comes up in the Legislature. But he is frustrated that a new clinic in Nye County planned by the Department of Veterans Affairs has been slow to develop.

“Bids have closed, and that’s a good sign,” he said. But the legislator added that he telephones Isabel Duff, the director of the Southern Nevada Healthcare System, “every week. But she does not respond.”

Duff was out of town and did not respond to comment.

Although a state legislator, he said he pushed the federal agency hard because many of his constituents are veterans, and he feels an obligation to do what he can to get a new clinic built.

State Sen. Pete Goicoechea, who also represents Nye County, also expressed frustration with the lack of communication from the VA.

“We’ve been trying for five years to get a new veterans clinic in Pahrump,” he said. “We’re very close. I hope to see us break ground this year.”

Goicoechea said he has been working through the offices of U.S. Sen. Dean Heller to try and bring the project to fruition.

Army veteran, journalist and author Chuck N. Baker is a Purple Heart recipient of the Vietnam War, and the host of the “Veterans Reporter Radio Show” each Thursday night on KLAV-AM, 1230 on the dial. It’s also streamed live at www.klav1230am.com.