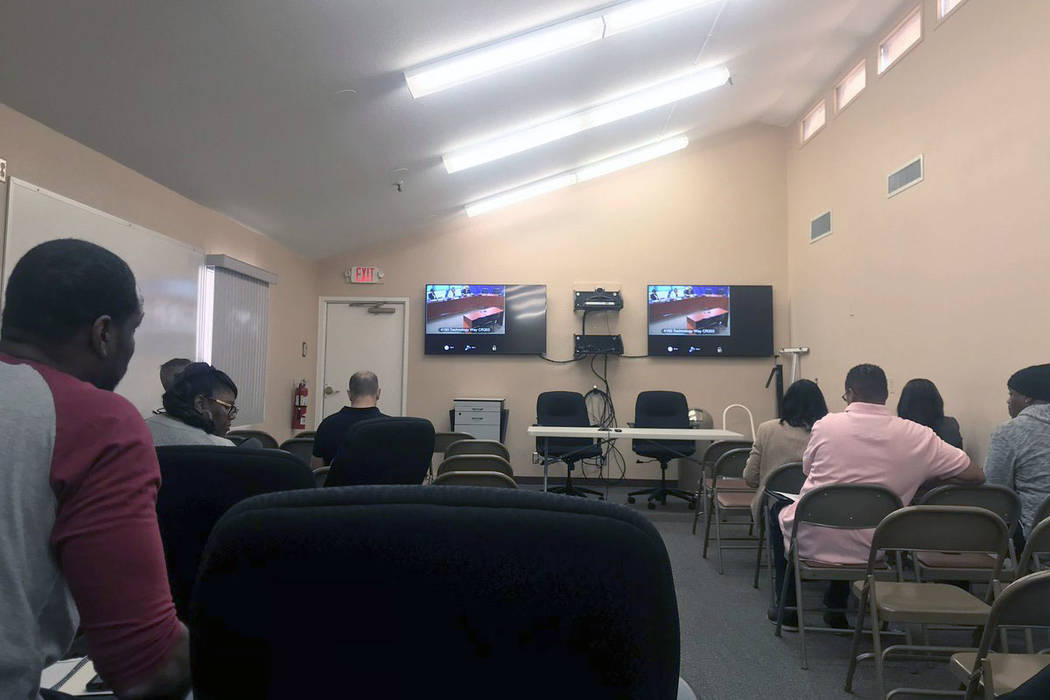 Members of the public attend a public workshop on Nov 20, 2018, for Nevada Medicaid to learn about a moratorium on enrollment of certain mental health providers effective Dec. 1, 2018. (Jessie Bekker/Las Vegas Review-Journal)

Nevada Medicaid officials are putting a temporary stop on the enrollment of some mental health providers while new certification requirements are considered.

State mental health groups had brought up concerns that some enrolled as either provider type were performing services without proper qualification, Medicaid officials said at a recent workshop broadcast in Las Vegas from Carson City.

Concerns about overbilling for mental health services under Medicaid has plagued the state office, housed under the state Department of Health and Human Services, which investigated $73 million in paid claims for fraud in the behavioral health arena in the 2018 fiscal year.

The state office has few tools to combat improper payments and bad actors, but it can start a prior authorization requirement on certain services.

The office strengthened prior authorization rules for psychotherapy and neurotherapy in the summer. But after backlash from providers and patients, the decision was reversed.

“What we’ve discovered in the last year or so in talking with the community and reviewing data is that we clearly need to increase the quality and oversight,” Phinney said on a recent phone call.

While qualified mental health associates are required to hold a bachelor’s degree, qualified behavioral aides can practice with a high school diploma.

Neither is licensed in the state, and after Nevada Medicaid approves an application, pending a background check, the providers work under the supervision of a clinician with no check-ins from the state for five years, until the re-enrollment period rolls around.

With eaving room for overbilling, little oversight can create opportunities for such providers to administer poor or inappropriate care to the state’s most vulnerable patients.

“The moratorium is about fixing those policies to make sure … we’re teaching people at the front end about evidence-based processes and requiring all those skills at the front end so we don’t get to the issue,” Phinney said.

During the moratorium, providers will be allowed to re-enroll if they have current registrations with the state.

Those who work as qualified behavioral aides and qualified mental health associates can keep their positions while the state creates public workshops and assembles focus groups to craft regulations.

Once new rules are approved, Phinney said the state will decide how existing providers are grandfathered in while the necessary time is taken to comply with the new requirements.

Some providers attending the recent workshop or phoning in expressed worry that a six-month moratorium could block access to hiring on aides and associates, but Phinney reassured providers that the state would work on a case-by-case basis to evaluate enrollment for an unmet need.