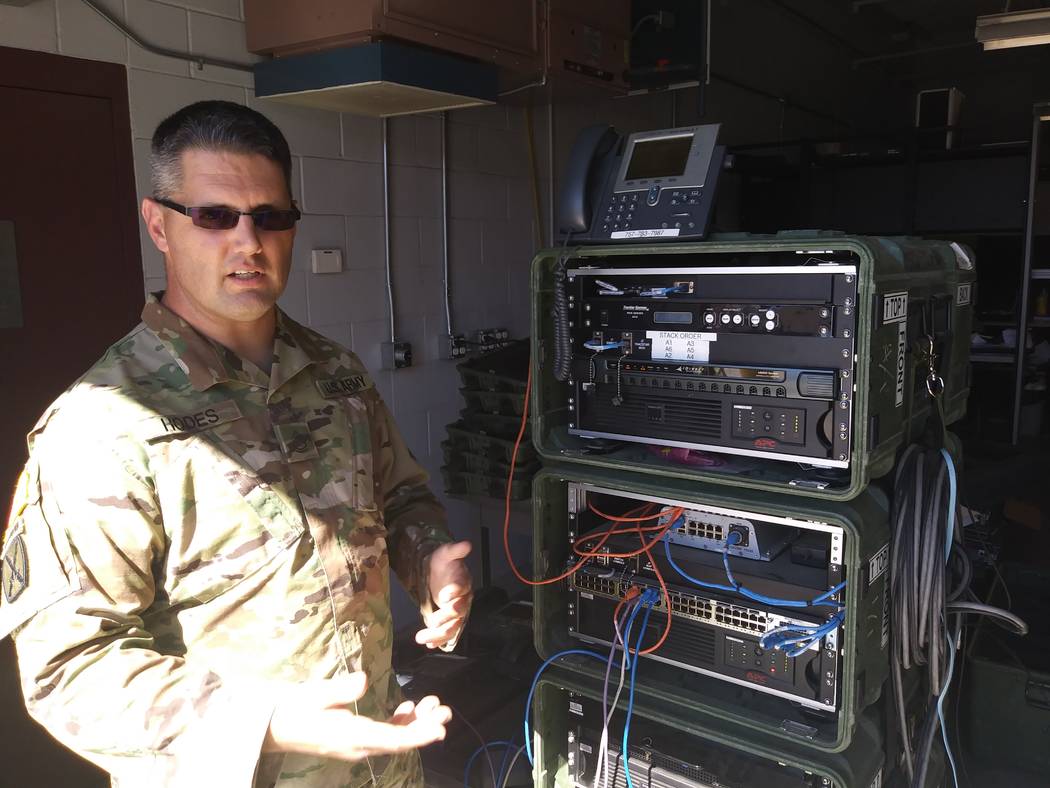 The soldiers, part of Reno and Carson City units, will employ communications gear on the battered island, which continues to be without power. The mission will be up to 30 days.

Some members of the group have deployed to Iraq and Afghanistan. For one member, it will be his first deployment on a mission.

“I’m pretty excited,” said Spc. William Isbister, who moved to Reno from Maine. “This is one of the reasons I enlisted. In the National Guard, you can do both. You can fight ISIS and help your community.”

The team is prepared for long shifts and sleeping in cots or tents.

“It’s all really going to be on the fly,” Isbister said.

While much of the work will be technical, the soldiers could be asked to help in other ways, such as to do humanitarian work.

The exact day of the soldiers’ flight from Reno has not been finalized, but they expect to leave by Saturday.