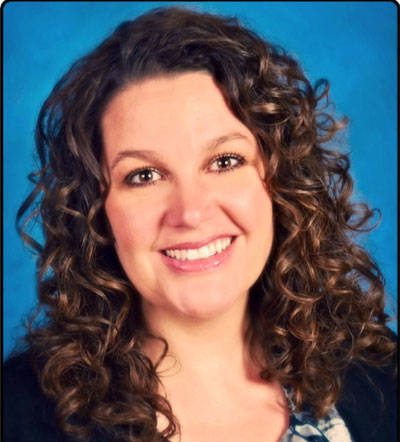 Leadership at a nonprofit organization in Northern Nevada has been developing ways to help fund business owners looking for expansion dollars and others interested in starting a business, along with other offerings in rural Nevada, for more than two decades.

Rural Nevada Development Corp in Ely, Nevada, a 501 (c)(3), has been funding startups and existing businesses in Nevada’s 15 rural counties and rural Washoe and Clark counties since 1992 through federal, state and private dollars.

“We run the gamut” on the types of businesses we fund, said Mary Kerner, CEO of the Rural Nevada Development Corp.

The nonprofit has funded everything from grocery stores and gas stations to other things like day care centers and flower shops, where the owners couldn’t obtain traditional bank financing, Kerner said.

Several businesses have been helped through funding from the nonprofit.

As of the end of the fourth quarter for the Rural Nevada Development Corp., which was at the end of June, the group had helped fund 17 business entities in the Nye County area since the early 90s, a report from the agency showed.

In total, more than $1.4 million had been lent to entrepreneurs in the county since that time for business financing. The total dollars loaned for income injections was $1.875 million in that timeframe, according to a report from Rural Nevada Development.

How to apply for business funding

Kerner said the agency usually wants to discuss where individuals are at in the process of starting a business or need a loan for things such as expansion purposes or other uses, including working capital or obtaining fixed assets.

For whatever reason, credit, cash flow or collateral, these individuals were turned down by the bank for a conventional loan. That’s where the nonprofit can step in to help.

The agency allows entrepreneurs to obtain loans starting at $500 and going all the way up to $250,000 for many business types, according to its website.

Interest rates vary from 6 percent up to 12 percent on the fixed-rate loans, though Kerner said no one has an interest rate that high who is working with the nonprofit.

There are a few fees to consider. A $100 nonrefundable application fee is part of the process, along with a loan packaging fee of 2 percent of the total loan amount, according to the nonprofit’s website. If the loan is approved, the $100 goes toward the packaging fee.

Kerner said the average loan at Rural Nevada Development is about $92,000.

The agency has a goal of playing more of a bridge, until people can get conventional financing.

“Our goal is to get them from nonbankable to bankable,” Kerner said.

One advantage Rural Nevada Development has is its ability to amoritize loans for a longer period on things like fixed assets, where the nonprofit can allow for up to 20 years to pay back the loan.

Most banks want to be out in three to seven years, Kerner said.

The prospect of getting away from a nontraditional lender was a little more difficult following the recession, Kerner said.

“What happened when the market crashed, when banks weren’t lending, is people weren’t able to graduate into that conventional product,” Kerner said.

The nonprofit has always kept up with funding sources despite less people being able to cross over to a traditional lending product. One reason is the money coming back in from loan payments on existing loans helps to regenerate the pool of money available for new loans.

Rural Nevada Development hasn’t run short in the 15 years Kerner’s been there, she said.

The group also has a low default rate, which Kerner estimated to be less than 1 percent.

Overall today, she estimated about 75 percent of her clients successfully graduate to a conventional product.

The nonprofit has a variety of funding sources at the federal and state level, along with private entities: the U.S. Department of Agriculture, the Small Business Administration, the Nevada Governor’s Office of Economic Development, and the U.S. Economic Development Administration, where the nonprofit received a grant for $450,000 earlier this year.

Some of Rural Nevada Development’s partners in the private sector include Nevada State Bank and Charles Schwab Bank.

For parties interested in getting a business loan, they can contact Rural Nevada Development at their main line at 775-289-8519.

Other services and funding

The organization also offers a variety of other services on the residential side, including a weatherization assistance program that works to assist low-income individuals reduce their energy bills. The organization has also worked to help develop affordable housing, offered down payment assistance to homebuyers and home rehabilitation assistance in rural Nevada.

The agency has given funding to affordable housing projects in Pahrump: the 64-unit Palm Terrace Senior Village at 421 Margaret St., and the 60-unit apartment complex, The Courtyards at 2831 E. Dandelion St., according to information on Rural Nevada Development’s website.

In total for all its programs, the nonprofit has injected more than $25 million into Nye County since its inception and more than $128 million in funding statewide, as of the group’s fourth quarter of 2017, which was at the end of June.