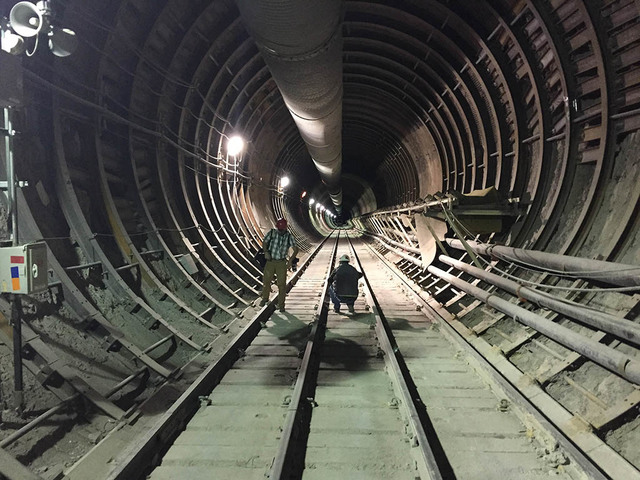 In a bi-annual report and recommendations to the Nevada Legislature and Gov. Brian Sandoval that was approved in a telephone conference by the Nevada Commission on Nuclear Projects on Tuesday, officials said that the state must prepare for the possible resumption of the Nuclear Regulatory Commission’s licensing proceeding, accompanied by a potential reversal in Department of Energy policy on Yucca Mountain.

“As part of seeking to revive the federal high-level nuclear waste program, Yucca Mountain congressional supporters, with encouragement from the nuclear industry, will likely make a concerted effort in 2017 to appropriate new funds for DOE and NRC Yucca Mountain activities,” officials said.

Congress has not provided new appropriations for Yucca Mountain for the past six years after the Obama administration terminated the program in 2010 at the urging of then-U.S. Sen. Harry Reid.

“We expect certainly by the middle of April, we will have a sense of what’s going to happen with possible federal funding for DOE and NRC licensing restart of Yucca Mountain,” said Robert Halstead, director of the Nevada Agency for Nuclear Projects.

The 115th Congress is expected to consider new legislation dealing with the high-level nuclear waste management, according to the report.

“It is apparent to the commission that influential members of Congress and key actors within the nuclear industry and nuclear industry advocacy groups have not given up on finding a way to resurrect the failed Yucca Mountain program,” report said.

The report called John Shimkus, R-Ill. “perhaps the most vocal of Yucca Mountain proponents in Congress” as the Illinois lawmaker repeatedly expressed his intention to renew efforts to provide funding for NRC and DOE licensing after the new Congress convenes in January 2017.

Shimkus spearheaded a congressional tour of the Yucca Mountain exploratory tunnel in April 2015.

Jordan Haverly, Shimkus’ spokesman said in a statement: “Congressman Shimkus looks forward to working with the Trump administration to follow the law where the Obama administration refused to do so. He is ready to help the president-elect get the project back on the right track by immediately working with his colleagues, on both sides of the aisle, to quickly restore funding to continue the licensing process.”

On Jan. 6, Nye County penned a letter to Shimkus where its officials asked to “make clear” to the incoming Secretary of Energy Rick Perry, R-Texas that Nye County “strongly supports” resumption of the licensing proceeding “which is critical to determining if a repository can be safely built and operated at Yucca Mountain.”

“We believe we speak for many counties in Nevada who would like to see the Trump administration follow the law of the Nuclear Waste Policy Act (NWPA) and base location of the repository on science, not politics,” Nye County Commission Chair Dan Schinhofen said in a letter.

Schinhofen has long argued that the project could provide a much-needed economic boost for Nye County as it would bring jobs and infrastructure.

“The county’s position on Yucca Mountain remained the same for decades, which is follow the law. Let’s have the science vetted by the NRC which the law calls for,” Schinhofen said referring to the 1987 law that designated Yucca Mountain as the sole place to store the nation’s high-level nuclear waste.

Nevada officials said that Reid’s retirement, combined with the onset of a new Congress and a new administration in January 2017 have created opportunities for the resurrection of Yucca Mountain.

The Trump administration has yet to make its stance known on the proposed repository, and Perry didn’t rule out the possibility that Yucca Mountain could store the nation’s nuclear waste in its conversation with the Senate Energy and Natural Resources Committee on Jan. 19, according to the Las Vegas Review-Journal.

Completion of the legally mandated licensing process for Yucca Mountain could cost $2 billion or more, Nevada officials said in the report.

The Nuclear Regulatory Commission is expected to have at least $1 million remaining in available nuclear waste funds, and it’s possible that these remaining funds could be used to restart the suspended adjudicatory proceeding, officials said.

Without funding from Congress, little could be accomplished “other than possibly convening the parties for a case management conference and some preliminary procedural and process-related activities,” report said.

Nevada officials meanwhile have laid the groundwork “for expeditiously re-engaging in a full licensing proceeding and preparing for an early resumption of discovery and hearings.”

The state of Nevada currently has 218 admitted contentions to the NRC licensing and Halstead said that the state is also developing up to new 50 contentions.

The scientific and technical challenges to Yucca Mountain, such as transportation routes for shipments of nuclear waste and potential volcanic activity in the vicinity of Yucca Mountain also remain in place, according to the report.

The DOE abandoned the Yucca Mountain site in 2010 and under the leadership of Secretary Ernest Moniz, insisted that Yucca Mountain is “unworkable.” Its latest initiative, a consent-based siting process, was started in December 2015.

At the end of 2016, the DOE published a summary of a content-based siting that was received from the public and officials.