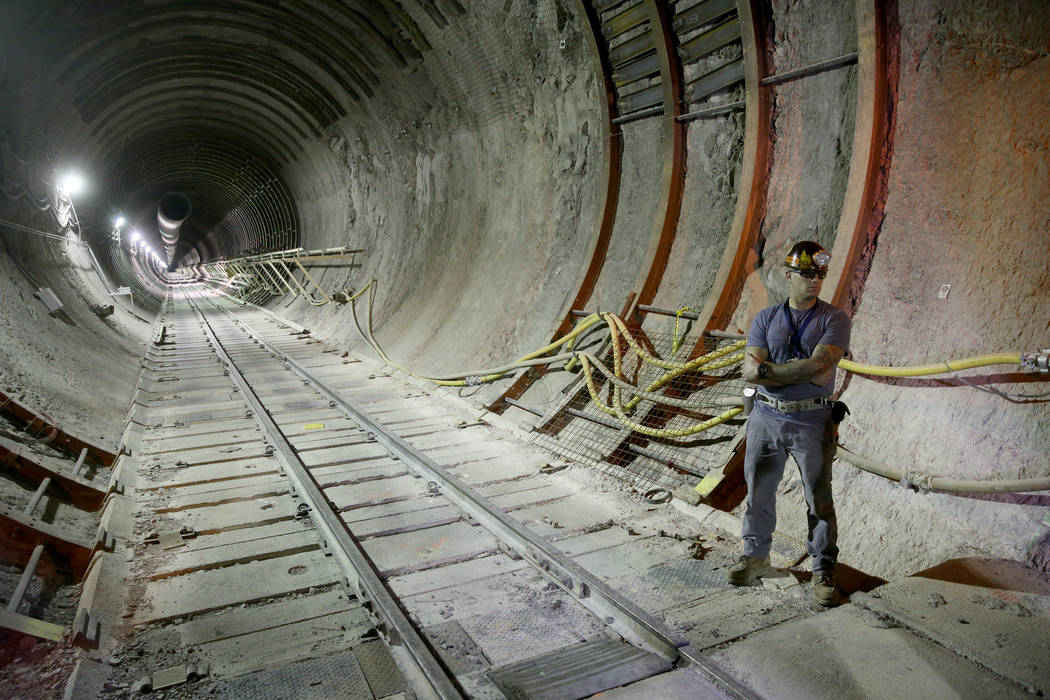 K.M. Cannon/Las Vegas Review-Journal Yucca Mountain was designated in 1987 as the site for permanent storage of radioactive waste from power plants, but political opposition has halted the process and Congress has failed to find an alternative solution. 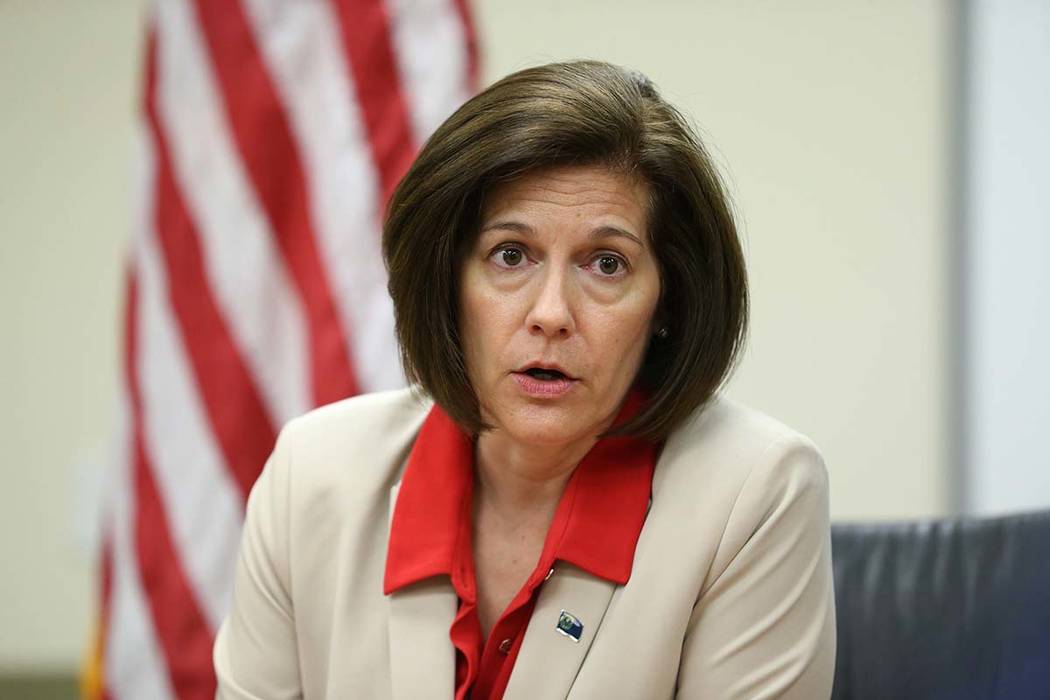 Erik Verduzco/Las Vegas Review-Journal U.S. Sen. Catherine Cortez Masto, D-Nev., said it was imperative “that our next energy secretary respect the voices of the overwhelming majority of Nevadans who oppose the Yucca Mountain project.”

Days later, Trump said he would appoint Dan Brouillette, the deputy secretary, to become head of the Energy Department. The department oversees 17 laboratories and facilities, including the Nevada National Security Site.

Trump said Brouillette’s “experience in the sector is unparalleled.”

“A total professional, I have no doubt that Dan will do a great job,” Trump said.

Nevada’s elected leaders, however, sounded wary of the nominee, and his past support for administration policy to develop Yucca Mountain as a nuclear waste repository 90 miles north of Las Vegas.

U.S. Sen. Catherine Cortez Masto, D-Nev., said it was imperative “that our next energy secretary respect the voices of the overwhelming majority of Nevadans who oppose the Yucca Mountain project.”

The Senate confirmed Brouillette to be deputy secretary in 2017 on a 79-17 vote.

Cortez Masto and former U.S. Sen. Dean Heller, R-Nev., both voted against the nomination, citing concerns about Brouillette and his position on Yucca Mountain.

“He has spent his whole career working for people who have been in favor of Yucca Mountain. When he was considered for the No. 2 jobs, some of that came out, so I don’t think he’s going to be any different from Perry,” said Rep. Dina Titus, D-Nev.

Earlier this year, in a department publication, Brouillette said the “DOE is all in on new nuclear energy” and outlined 11 steps that have been taken to advance technology to make nuclear energy more efficient and affordable.

That article didn’t mention nuclear waste and the 30-year stalemate that has left spent radioactive fuel rods and materials stored at nuclear power plants across the country.

Yucca Mountain was designated in 1987 as the site for permanent storage of radioactive waste from power plants, but political opposition has halted the process and Congress has failed to find an alternative solution.

The Bush administration pushed licensing of Yucca Mountain, but that was later shelved in 2011 by the Obama administration. It remains on hold.

Trump has sought to revive the licensing process the past three years, only to be blocked by the Senate and the House.

“Once we receive his nomination and paperwork, we will proceed with a hearing so that we can confirm him as soon as possible,” Murkowski said.

The ranking Democrat on the panel, Sen. Joe Manchin, D-W.Va., said Brouillette has done a good job at the department, but would review the nomination to make sure he is up for the task.

Cortez Masto, who also sits on the panel, said that in addition to issues with Yucca Mountain, she wants a commitment from Brouillette to uphold a promise from Perry to remove weapons-grade plutonium from the Nevada National Security Site by 2021.

The Energy Department secretly shipped a half-ton of plutonium to Nevada last year as the state was preparing litigation to prevent the shipment from South Carolina. The department was under federal court order to move the plutonium, and signaled early in 2018 that it would go to Nevada and Texas.

Nevada filed a lawsuit seeking an injunction, and the National Nuclear Security Administration revealed later that the shipment was already in the state for temporary storage.

“He didn’t just fail to make the relationship between the Department of Energy and Nevada better. Secretary Perry made the relationship worse,” said Bob Halstead, executive director with the Nevada Agency for Nuclear Projects.

While the state and the Energy Department continue to battle in federal court over the shipment, Cortez Masto said she wants Brouillette to “honor the written commitment I secured from Secretary Perry to remove the secret shipment of plutonium from our state beginning in 2021.”