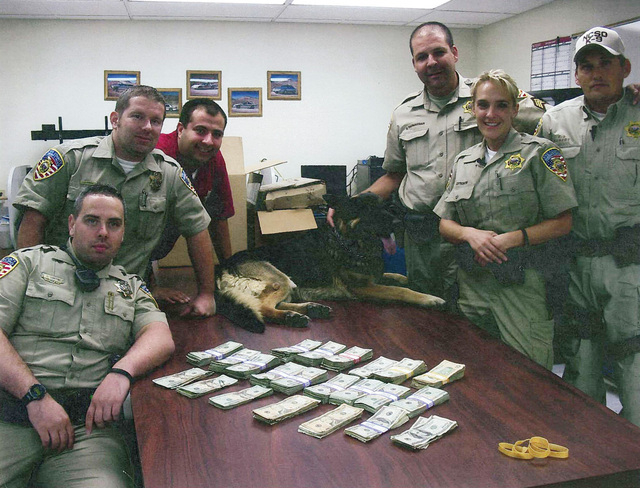 CARSON CITY — The funded ratio of Nevada’s public employee retirement plan improved in fiscal year 2014 over 2013 and now stands at 71.5 percent fully funded, an analysis from an independent actuary shows.

The pension plan, when regular employees and police and fire employees are blended together, was 69.3 percent fully funded in 2013, according to information prepared by Segal Consulting for the board of the Public Employees’ Retirement System of Nevada. The 71.5 percent rate is the best showing since 2009, when the plan was 72.5 percent fully funded.

At its high point in 2000 Nevada’s public employee retirement plan was 85 percent funded.

The reduction in the long-term unfunded liability is due in part to the strong return on investments, which totaled 17.6 percent in fiscal year 2014, the fourth best in its 30-year history. The fund grew by $4.8 billion in assets and totaled $33.5 billion as of June 30, 2014.

Tina Leiss, executive officer of PERS, said there is a lot of good news in the report with the improvement in the funded ratio.

“Basically we’re headed in the right direction,” she said.

Despite the positive news, the board might decide to increase the contribution rate for regular public sector workers by 2.25 percent from 25.75 percent now to 28 percent. The cost of the rate is shared by the public employer and the employee. Police and fire rates are expected to remain the same at 40.5 percent.

The board will meet Wednesday to consider the report.

The board’s recommendation will be forwarded to Gov. Brian Sandoval and the Nevada Legislature with an implementation date of July 1, 2015. State law obligates the Legislature to adopt the contribution rates approved by the board.

For state employees, the contribution increase would mean a salary loss of 1.125 percent. It would also mean an equal hit on the state budget, but the dollar impact of that increase has not yet been determined.

The potential contribution rate increase is due in large part to the overall payroll of the public sector workers, which has either declined or grown very slowly, Leiss said. One of the plan’s assumptions is that payroll would grow by 6.5 percent per year. Contributions to the plan are based on payroll.

But the actuarial report suggests this trend might reverse itself in the next two budget cycles. The large investment returns from 2014 could lead to reductions in future contribution rates if the plan continues to achieve its goal of an 8 percent return on investments, the Segal report said.

The retirement assets are invested primarily in stocks and bonds but PERS has other investments including real estate. The plan saw a 12.4 percent gain in 2013. It grew by 2.9 percent in 2012 and a record 21 percent in 2011.