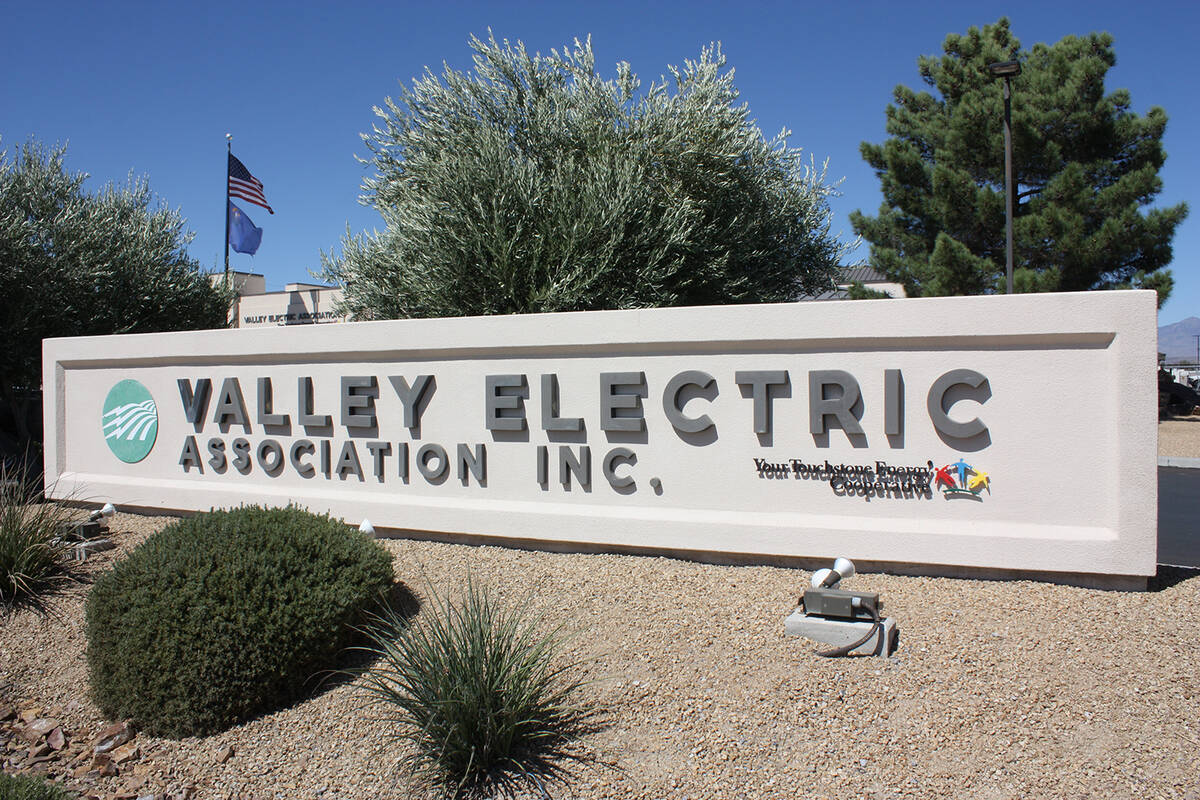 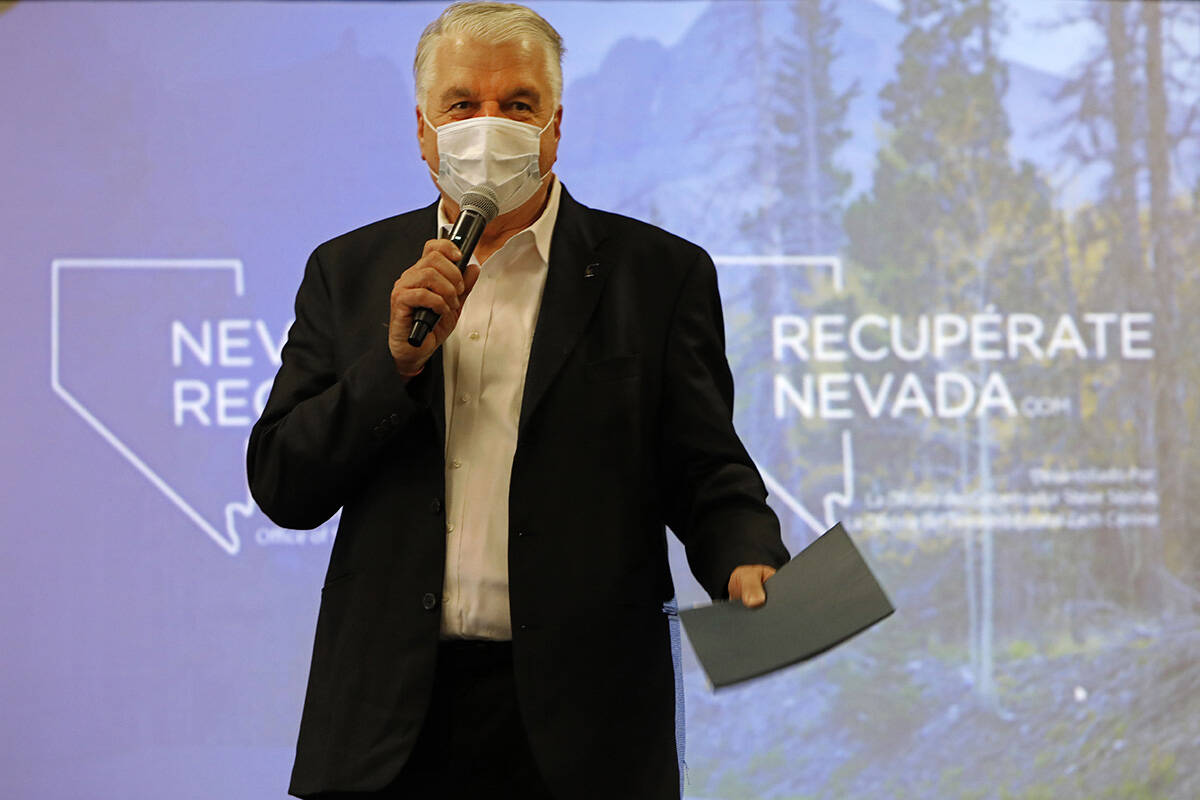 Chitose Suzuki/Las Vegas Review-Journal Nevada Gov. Steve Sisolak speaks during a kick-off event of the Nevada Recovers Listening Tour for American Rescue Plan funds at the East Las Vegas Community Center in Las Vegas, Tuesday, Aug. 3. Sisolak's office is partnering with the Nevada Treasurer's Office for the Listening Tour, which is geared toward collecting input from stakeholders all around Nevada on how the state should utilize its federal COVID recovery monies.

For members of the Pahrump community, their opportunity to chime in and provide their thoughts on the matter is just around the corner, with the Nevada Recovers Listening Tour scheduled to make a stop in the valley on the final day of September.

The event is being brought to the valley with the help of the Pahrump Valley Chamber of Commerce, which announced the upcoming visit on its Facebook page this month.

“The Pahrump Valley Chamber of Commerce is proud to be partnering with Nevada Recovers, a listening tour designated to ask our communities to share their ideas on how the federal aid received from the American Recovery Plan should be spent to help prioritize funding and shape Nevada’s future,” the announcement read. “We encourage you to please join us for the next listening event to share your thoughts!”

An entire website has been dedicated to the Every Nevadan Recovers framework that was passed by the Nevada Legislature as part of Senate Bill 461 during this year’s legislative session. This website gives the state the ability to reach even more people throughout the process of collecting proposals and ideas from community stakeholders, including businesses, nonprofits, families and individuals, and anyone unable to attend a listening tour session in their area is encouraged to head over to the website www.NevadaRecovers.com to take a survey or, for those who have a well-defined program or project in mind, to simply submit that idea.

The survey begins by posing a broad question, asking residents to choose from a list of items which they believe will have the most positive impact on Nevadans as they strive to recover from the fallout of the pandemic. Choices include greater access to health care and medical services, strengthening education, supporting disadvantaged communities and more, and those taking the survey can select as many of the given options as they would like.

All questions come with multiple choice answers, giving survey-takers the ability to hone in on the areas they are most interested in seeing addressed as Nevada utilizes its billions in recovery funding. The survey contains a dozen questions in total and will take around seven minutes to complete.

“The American Recovery (Rescue) Plan brings an unprecedented investment into Nevada from the federal government,” the Nevada Recovers website states. “The state will receive $6.7 billion in aid through a variety of programs to address the social, economic, community health and other effects of COVID-19. At a time when the livelihoods of Nevadans have been severely impacted by the pandemic, we have a tremendous opportunity to invest directly in the people and communities who have been hit the hardest. A successful recovery plan depends on input from all Nevadans. We are hosting a listening tour throughout the state to learn about your priorities, perspectives and concerns.”

The Nevada Recovery Listening Tour in Pahrump is set for Thursday, Sept. 30 at the Valley Electric Conference Center, 800 E. Highway 372. The event will begin at 11 a.m. and is scheduled to run until 12:30 p.m. that afternoon.

Anyone interested in attending the listening tour is asked to RSVP by no later than the day prior to the event, Wednesday, Sept. 29. RSVPs can be made by emailing events@purduemarion.com