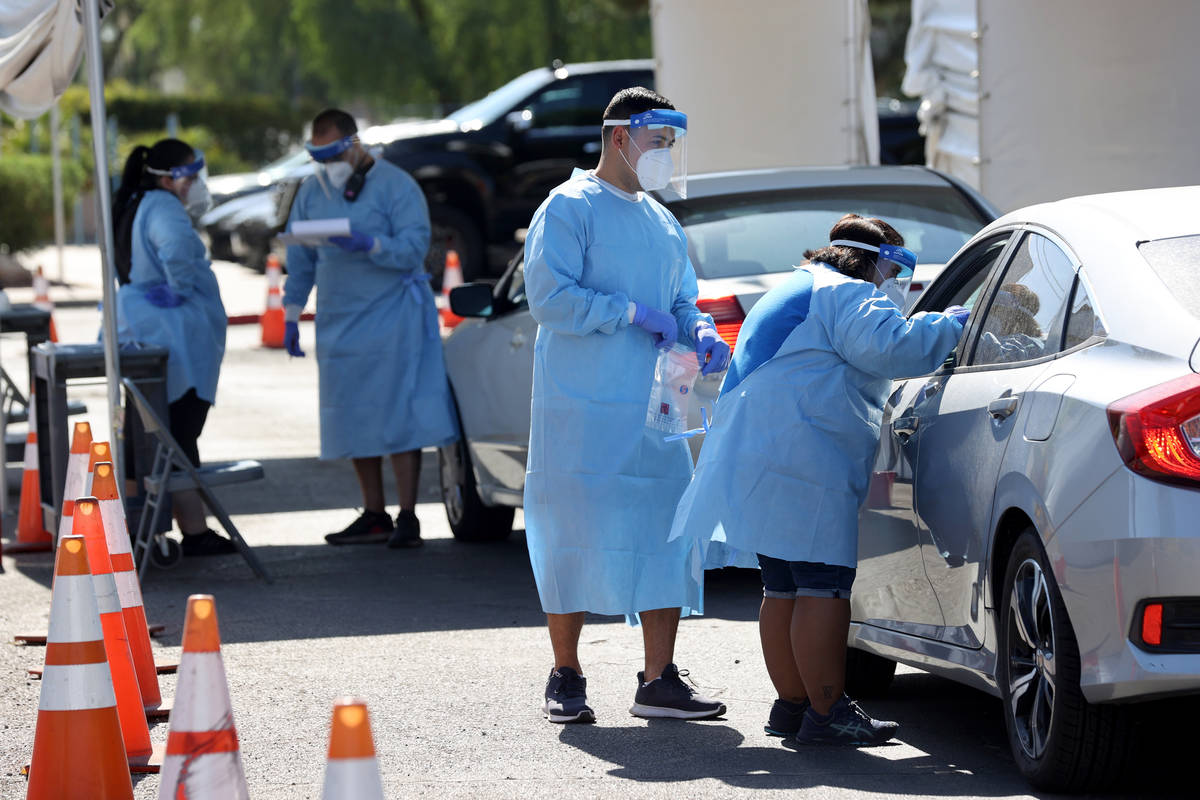 Nevada recorded 253 new cases of COVID-19 — the lowest daily increase in more than two months — and 20 additional deaths over the preceding day, according to state data posted Wednesday.

Data posted to the Department of Health and Human Services’ nvhealthresponse.nv.gov website bumped the state case total to 66,666 and the death toll to 1,250.

New cases were well below the daily average of just over 539 for the preceding week, and was the lowest single-day increase reported since the agency added 234 cases on June 17.

Fatalities from the disease caused by the new coronavirus were slightly above the daily average of just over 18 for the period.

The state’s infection or positivity rate, considered a better indicator of the trend of the outbreak in the state than daily new cases and deaths numbers, remained unchanged at 11.47 — just the fourth time since June 17 that the rate has not risen.

COVID-19 testing, which can impact the infection rate, continued to slow, according to the state data, with 3,407 tests reported. That was well below the daily average of nearly 8,153 for the preceding week.

Hospitalizations of confirmed and suspected COVID-19 patients in the state registered another decline, dipping by 11 to a total of 661.

The Nevada Hospital Association said in an update on its website that the state’s “health care infrastucture continues to appreciate a decline in COVID-19 demand and currently is not being significantly stressed by the virus.”

The trade group also said that the situation also is improving at Clark County hospitals, some of which were said to be at or near capacity as recently as last week.

“Relative demand of COVID-19 on the Clark County health-care infrastructure continues to decline,” it said, adding that the current total of confirmed and suspected hospitalized cases in the county of 684 was more than 100 lower than the 796 cases reported on Aug. 18.

Interactive: Tracking the coronavirus’ impact on Nevada through data

New figures for Clark County were expected shortly from the Southern Nevada Health District. As of Tuesday, the district had reported 57,131 COVID-19 cases and 1,058 deaths.