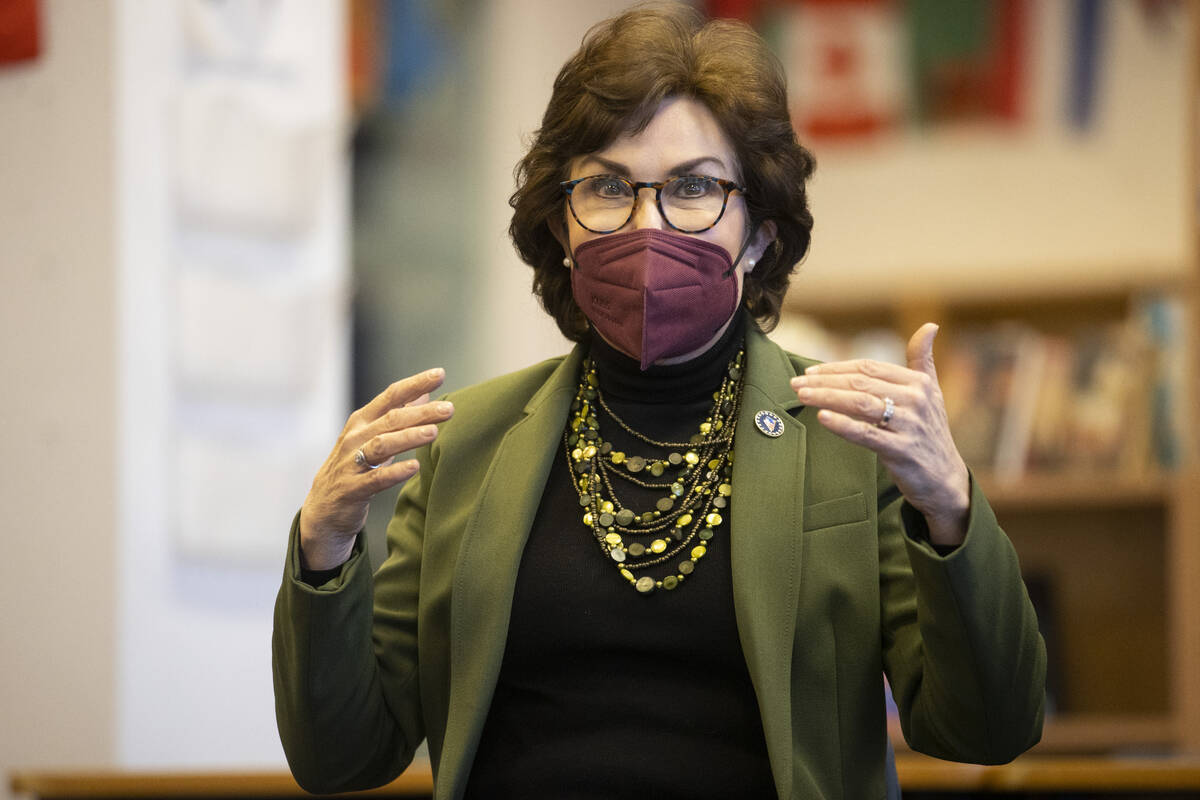 WASHINGTON — Using a Nevada facility as a backdrop, U.S. Sen. Jacky Rosen this week unveiled her bipartisan rebuke of the Biden administration’s extension of tariffs on foreign-made solar panels and cells that have resulted in higher prices and cost U.S. jobs.

Rosen is one of eight senators who have urged the Biden administration to drop the tariffs imposed by the Trump administration on foreign makers of the panels — a penalty that was meant to spur domestic production of the equipment.

But that did not happen, and instead resulted in price increases for panels and components, making it more expensive for domestic producers of solar energy in states such as Nevada.

Rosen, along with Sen. Jerry Moran, R-Kan., has filed legislation to repeal the Biden administration’s extension of the tariffs and to direct the Department of Energy to create a program to step up domestic manufacturing of panels and cells.

“Tariffs were the wrong approach when President Trump imposed them, and I have to say they were wrong when President Biden extended them,” Rosen said in a telephone interview with the Review-Journal.

Rosen appeared Wednesday at residential solar energy company Sunrun in Henderson with David Bobzien, director of the Nevada governor’s energy office, which backs the Rosen legislation and has made solar an energy priority.

Nevada is one of the top 10 states for solar energy, according to the Solar Energy Industries Association. But the majority of the roughly 6,100 solar jobs in the state are in installation, distribution and maintenance.

Higher costs for components would curb growth of the solar industry, said Rosen and state officials.

“Here in Nevada, we have nothing but sun and we need to use it,” Rosen said.

But the sweeping solar farms that cover acres of land in Nevada also have drawn opposition from Native American tribes, environmental and conservation groups concerned about the health of fragile desert ecosystems and native species.

And not everyone in the solar energy industry agrees that the tariffs should be repealed. Some companies and executives believe the tariffs strike a fair trade balance.

President Donald Trump imposed the Section 201 tariffs on solar panels and cells in 2018 to boost American production of the components that were being imported from China and other countries. Biden, this month, let some of the tariffs expire, but extended others for another four years, something the Solar Energy Industries Association claims could risk investment in current systems and cost 67,000 clean energy jobs nationwide.

Before the extension was granted, Rosen and eight bipartisan senators, which included Moran, Dianne Feinstein, D-Calif., Martin Heinrich, D-N.M., Michael Bennet, D-Colo., Tom Tillis, R-N.C., and others, wrote to Biden explaining the harm of keeping the tariffs in place.

“We fully support efforts to promote domestic manufacturing throughout the solar supply chain. However, it will take time to achieve this worthwhile policy objective, as current domestic production only meets 15% of the U.S. solar demand,” the senators wrote on Jan. 19.

Rosen now has filed legislation to repeal the extension that she said would keep the clean energy industry booming and lessen U.S. demand for fossil fuel energy.

The bipartisan bill also wants the Energy Department to ramp up programs to accelerate American production of the panels and cells to lessen American dependence on foreign-made components.

Energy programs would help establish American manufacturing of solar components with factories that will “take a few years to get them up and running.”

With events unfolding in Ukraine that are likely to impact global energy markets, Rosen said this country needs to be resilient and independent from others, either friendly or not so friendly.

“We can no longer, in this world, be reliant on just one other country for what we need,” Rosen said.