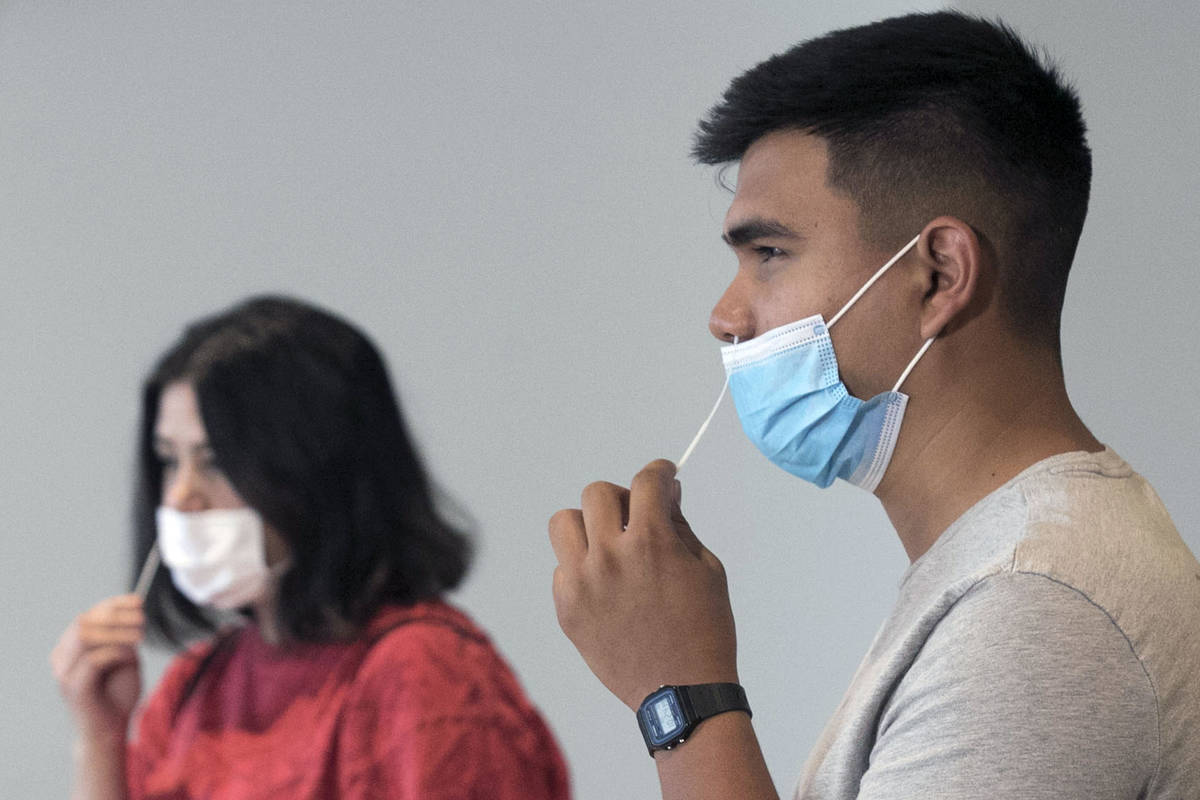 For the second time in the past week, Nevada on Thursday reported more than 1,000 new coronavirus cases across the state, according to the Department of Health and Human Services.

There were 1,075 new cases reported Thursday, along with three additional deaths, according to the state health department’s coronavirus website. On Saturday, 1,146 new cases were reported in the state.

Before that, the last time more than 1,000 new cases were reported was more than two months ago, on Aug. 14, according to state data.

Thursday’s updated figures brought totals in the state to 98,554 cases and 1,769 deaths.

Related: COVID-19 in Nevada: Tracking the spread through data

The state’s positivity rate, which is calculated by the Review-Journal as the total cases divided by the number of people who have been tested since the start of the pandemic, increased by 0.13 percentage points on Thursday, reaching 12.34 percent, state data shows.

The rate has been slowly increasing since mid-September, when daily case reports also started rising. The daily reports of fatalities have not seen the same increase, although rises in deaths typically lag several weeks behind increases in new cases.

The health department calculates a positivity rate over a two-week period, and it decreased by 0.10 percentage points on Thursday to reach 10 percent.

The rate is calculated using total “testing encounters,” which produces lower percentages because the figure includes people who received multiple tests at different points during the pandemic.

The updated figures posted to the Southern Nevada Health District’s coronavirus website brought totals in the county to 80,794 cases and 1,508 deaths.