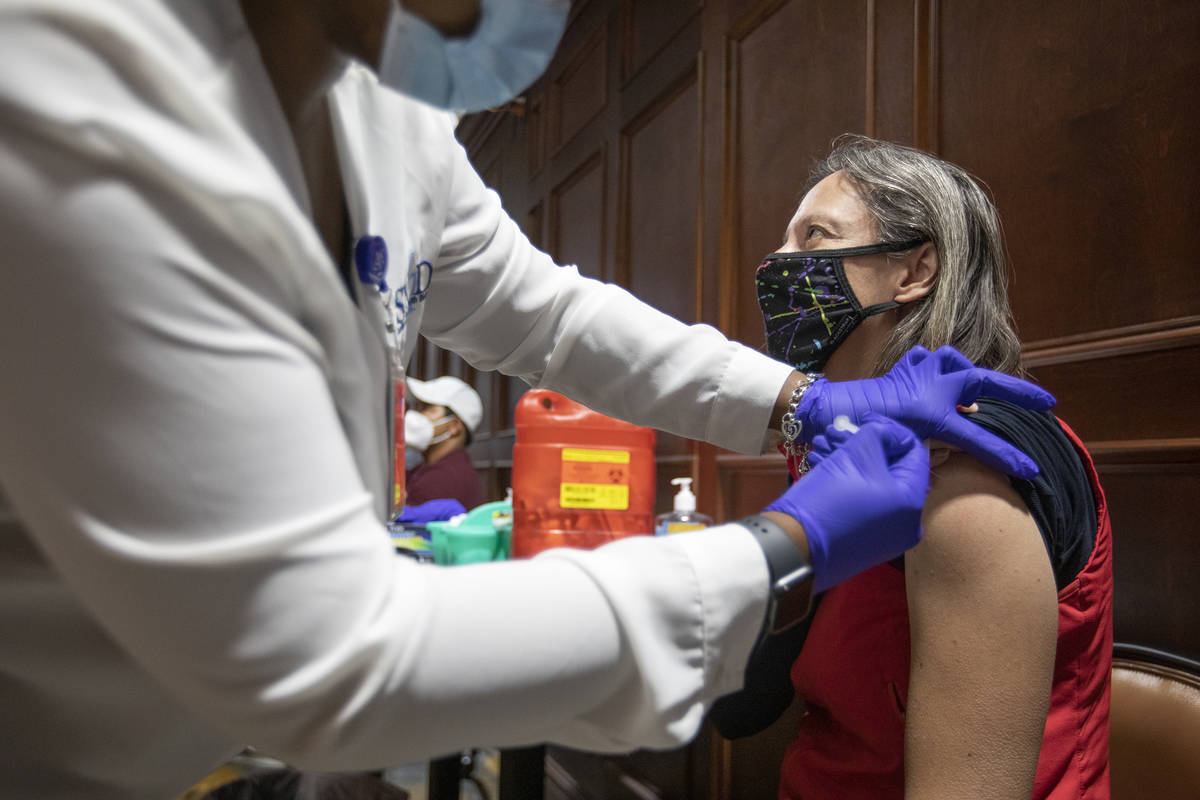 Nevada on Tuesday reported a coronavirus test positivity rate of 3.8 percent — the lowest number the state has reported in nearly a year.

The rate, which essentially tracks the percentage of people tested for COVID-19 who are found to be infected, dropped 0.3 percentage points from Friday’s report. It’s the lowest the rate has been since June 16, 2020, according to state data.

The milestone coincided with Clark County’s reopening to 100 percent capacity on Tuesday.

The state Department of Health and Human Services posted the updated data covering Friday through Monday on the state’s coronavirus website. The state has stopped reporting COVID-19 metrics over the weekend and did not report during Memorial Day.

Public health officials have said the reports posted after weekends will typically be inflated as a result of the delayed reporting.

New cases continued to trend lower, with the two-week moving average of daily cases declining from 243 on Friday to 212 in Tuesday’s report.

The data also showed 212 people with either confirmed or suspected cases of COVID-19 were hospitalized in the state, a decrease of 31 from the last state report on Friday.

Meanwhile, the Southern Nevada Health District reported 448 new cases in Clark County for Friday through Monday, bringing the local cumulative case total to 251,460. It also reported four deaths, bringing the number of deaths in the county to 4,410.