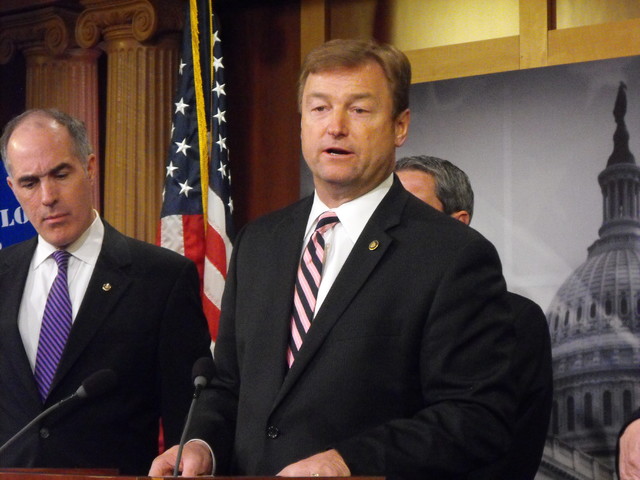 It also requires the Government Accountability Office to examine the accuracy of and improvements to the National Broadband Map to examine whether this data is accurate and how it is relied upon to award grants for broadband expansion in rural areas.

“Access to high-speed broadband is a pillar of economic growth in the U.S., yet Nevada’s rural communities continue to lag behind because bureaucratic red tape prevents expansion of broadband infrastructure,” Heller said in a news release. “Given that nearly 85 percent of Nevada is owned by the federal government, many applications to deploy broadband on federal lands remain stalled in a lengthy interagency approval process.

“From Ely to Pahrump, I continue to hear that this bureaucratic hurdle is stifling innovation and job creation in our rural communities,” Heller said. “Our legislation addresses the federal agencies’ inefficient and inconsistent approval process in order to expand broadband access to keep and attract new residents and businesses to Nevada’s rural communities.”

Thomas Husted, CEO of Valley Electric Association, welcomed the bill in a statement saying that it’s “significant” for a state such as Nevada with such a large amount of federal lands.

“For more than a year, Valley Electric has had a request in with BLM to string fiber-optic lines on existing poles in Clark County to serve Sandy Valley, Mountain Springs and other small rural areas. While there has been progress, we still have no idea when we are going to be able to serve the people of Sandy Valley with the high-speed communications they need,” Husted said.

“The approval process is very cumbersome. The people in the rural communities we serve want this service,” Husted added. “The requirement for them to have high-speed communications for their schools, for their medical services for their emergency services is more important than it is in the urban areas.”