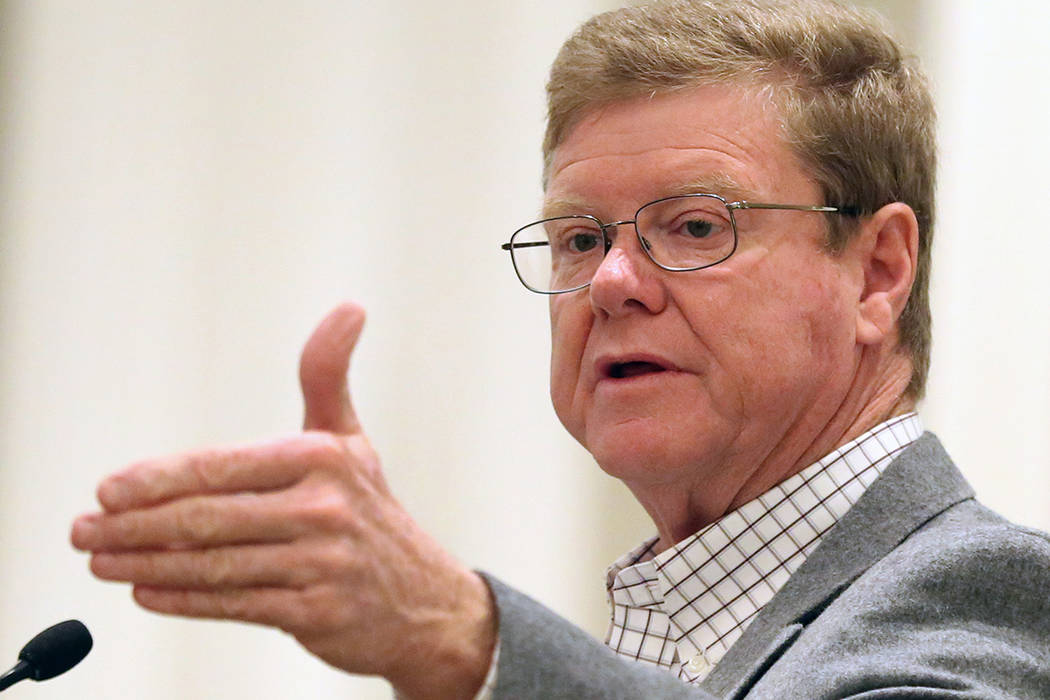 But U.S. Rep. Mark Amodei, the 2016 Trump state chairman, who came out in support of the impeachment process recently, is not listed as a chairman for the 2020 team. When Amodei, the lone Republican in Nevada’s congressional delegation, came out in support of the process last month, insiders predicted that the re-election campaign would pull his name from the leadership post, which was expected to be his. Amodei clearly said he does not support impeaching Trump but simply wanted to know about the president’s dealings with Ukrainian President Volodymyr Zelensky. “Were rules broken?” he asked.

Amodei also was an early endorser of Trump in 2016.

U.S. Rep. Adam Kinzinger, R-Ill., also didn’t make the list of his state’s campaign chairmen, although all four other Republican House members from Illinois made the cut. Kinzinger said it was “beyond repugnant” when Trump retweeted a post that predicted a civil war if Congress impeached and removed him from office.

We can all disagree on the process, and argue merits. But never should we use terms like “lynching” here. The painful scourge in our history has no comparison to politics, and @realDonaldTrump should retract this immediately. May God help us to return to a better way. https://t.co/URKNgxUfiv

“Any Republican who associates himself with the impeachment inquiry can expect plenty of pushback from the White House,” said Larry Sabato, founder and director of the Center for Politics and the University of Virginia. “This is true even for those like Amodei who got on the Trump train in 2016. No doubt Amodei expected this.”

In Nevada, the Trump campaign and the Republican National Committee listed former state attorney general and unsuccessful 2018 gubernatorial nominee Adam Laxalt, state Senate Minority Leader James Settelmeyer and Assembly Minority Leader Robin Titus as leaders. Laxalt, who was undone by the same blue wave that felled Republican Sen. Dean Heller, released a statement in which he said he was “honored” to serve as a chair to the Trump campaign.

“No matter which Democrat wins the nomination, we will have a clear contrast next year between those who cherish their freedom and individual liberties and those who will seek to turn every aspect of our lives over to the heavy hand of the federal government,” Laxalt added.

Republicans are optimistic that a strong economy can help them win the Silver State despite Trump’s loss to Hillary Clinton in 2016 by 2.4 percentage points and the Democrats’ gains of all but one statewide office in 2018.

Nevada Democratic Party spokeswoman Molly Forgey countered that “the Trump campaign couldn’t be in a worse position in Nevada as they approach one year out from the general election. They named failed gubernatorial candidate Adam Laxalt as a campaign co-chair, the lone Republican congressman from Nevada publicly supports the impeachment inquiry, and Democrats continuously out-register Republicans forcing the GOP down a path to becoming the equivalent of a third party in Clark County.”

Neither Amodei nor the Trump campaign responded to the Review-Journal’s requests for comment.

In September after he supported the impeachment inquiry, Amodei told the Review Journal he had spoken with the Trump campaign and “they haven’t finalized anything yet, but if they ask us to do it, we’d be happy to do it.”