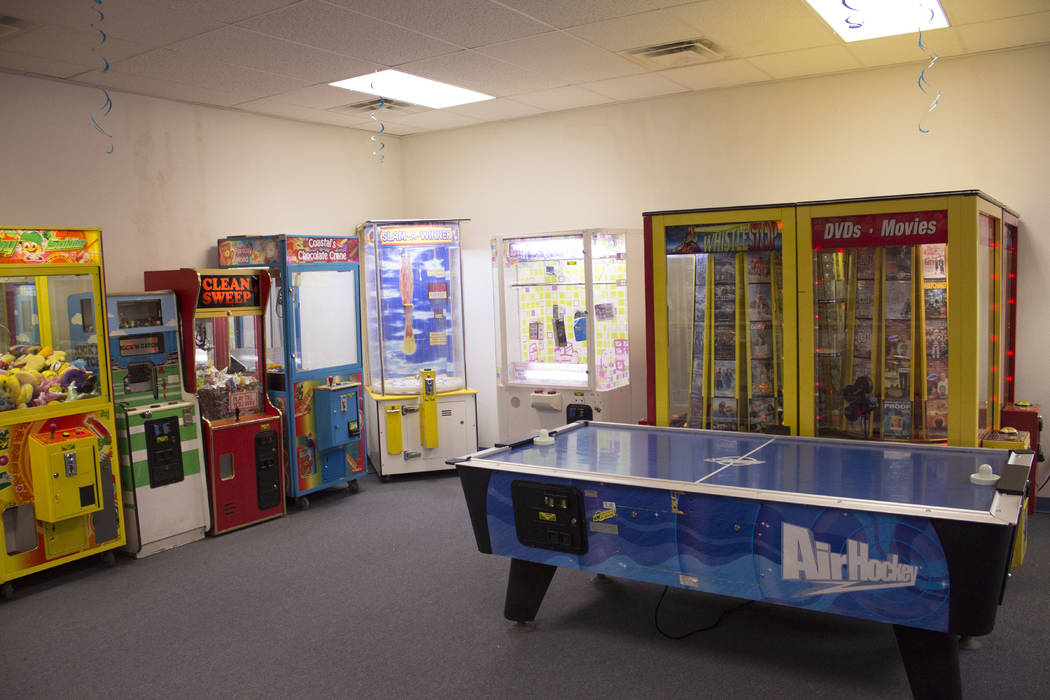 Jeffrey Meehan/Pahrump Valley Times Prize Zone Arcade at 1330 S. Highway 160 opened July 26, 2017. The space has machines ranging from one or more tokens that pay out in instant prize redemption, along with ticket-based machines that players can use to redeem prizes. 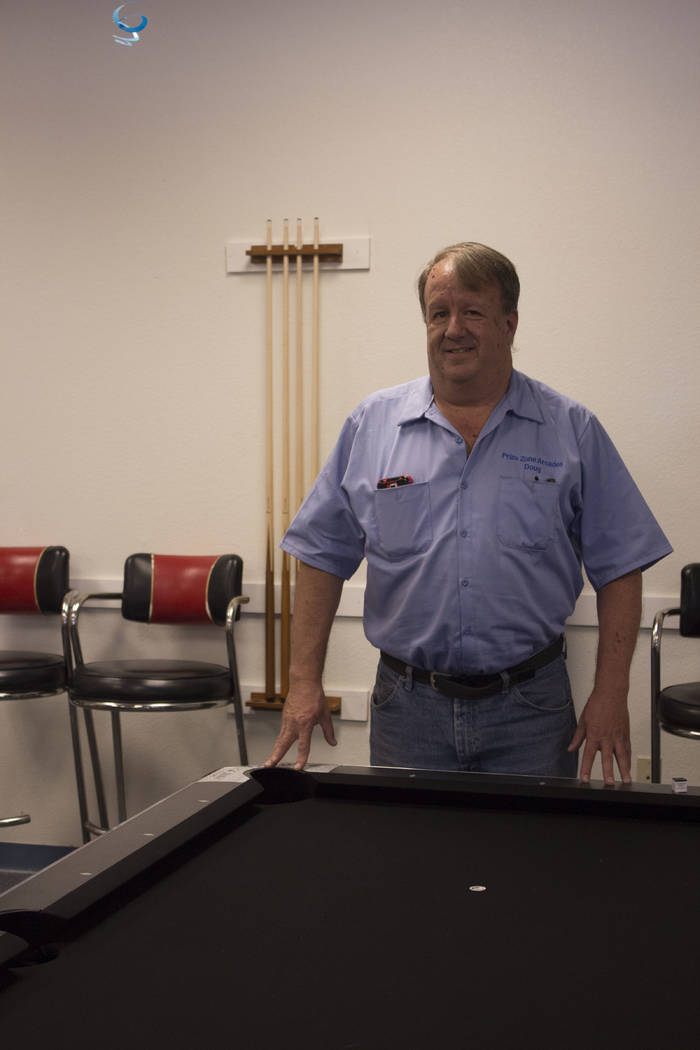 Jeffrey Meehan/Pahrump Valley Times Doug Bale, owner of Prize Zone Arcade, stands at one of his two pool tables at 1330 S. Highway 160 on July 27, 2017. Eight-pool tournaments are available for kids 17 and below every Saturday 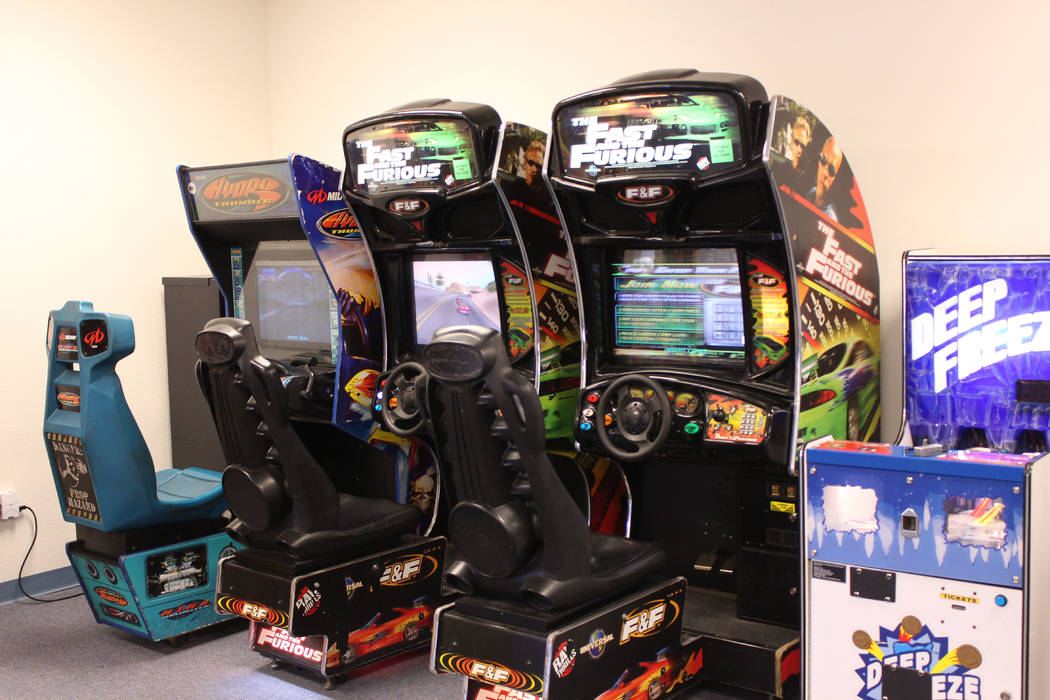 Jeffrey Meehan/Pahrump Valley Times The Prize Zone Arcade contains arcade-style gaming machines such as Fast and Furious, along with ticket-based machines. Tickets can be redeemed for prizes. 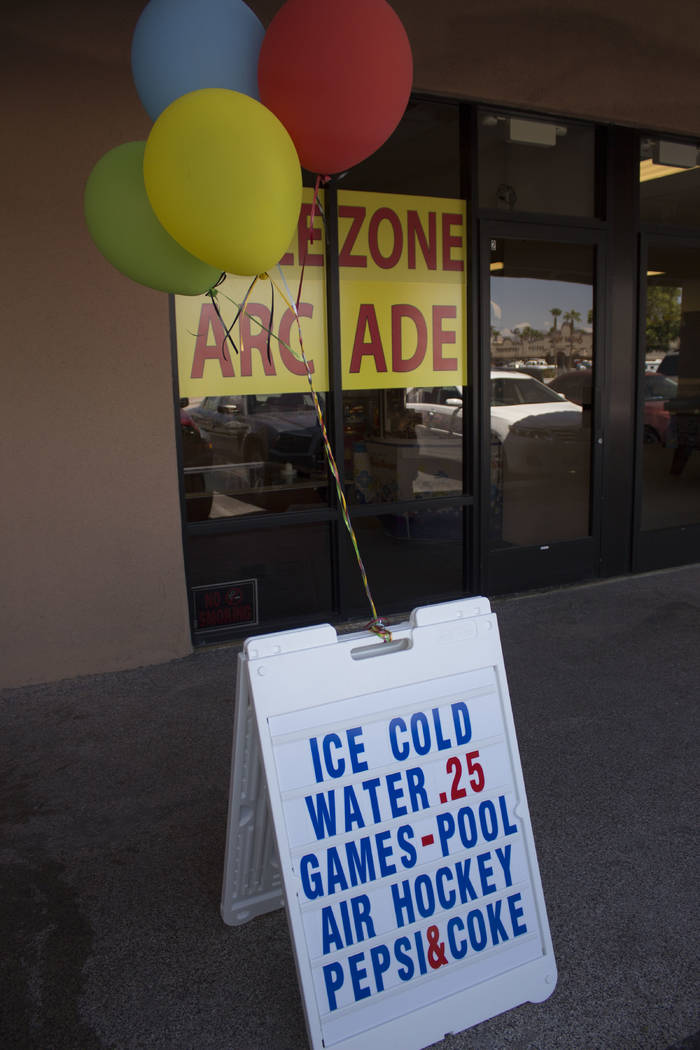 Jeffrey Meehan/Pahrump Valley Times The Prize Zone Arcade at 1330 S Highway 160 had its grand opening on July 26, 2017. It offers players and others 25 cent water. The arcade opens at 11 a.m. and closes at roughly between 9 p.m. and 10 p.m., depending on business traffic. 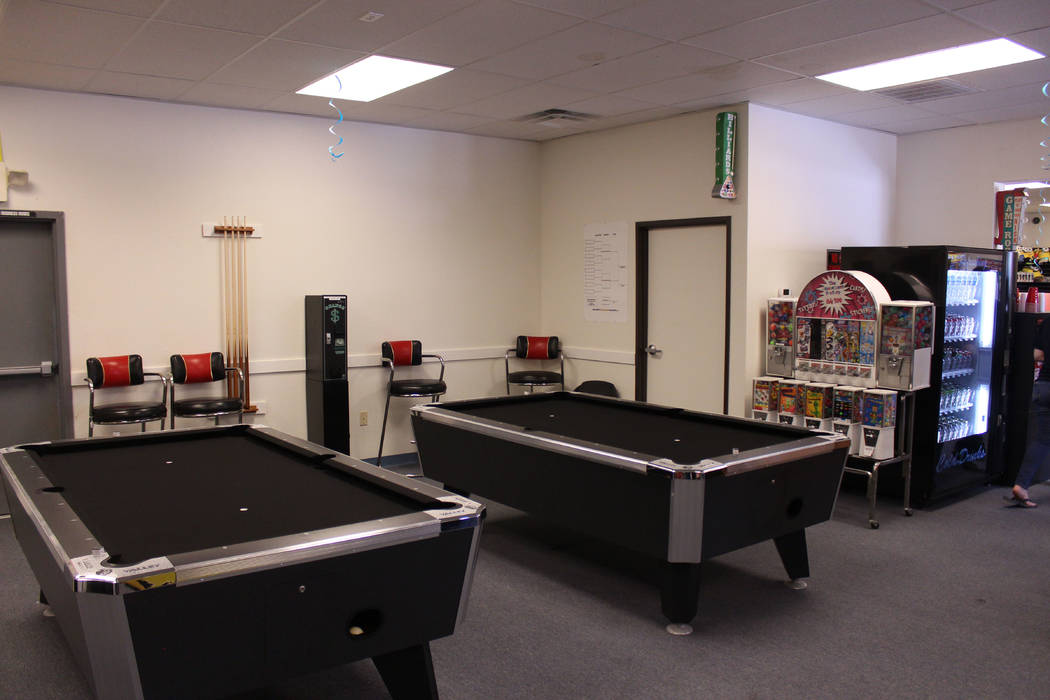 Jeffrey Meehan/Pahrump Valley Times The Prize Zone Arcade at 1330 S Highway 160 offers two new pool tables available for play. There is a free eight-ball tournament for kids 17 and under every Saturday, with a potential for adult tournaments, which would be at a small cost, in the coming weeks. 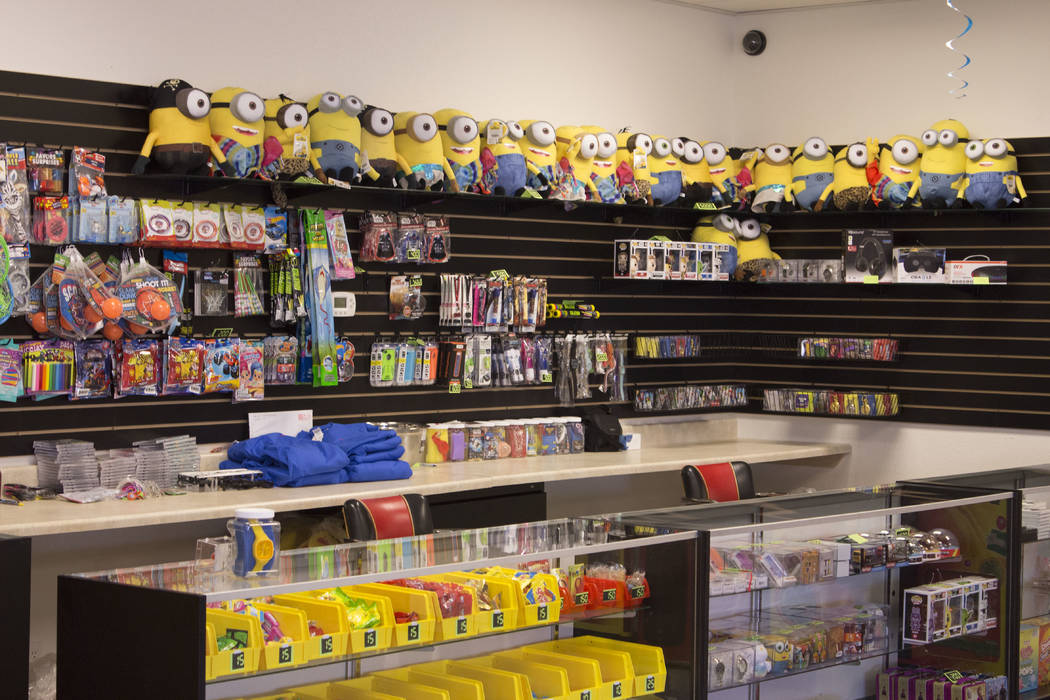 Jeffrey Meehan/Pahrump Valley Times The prize redemption area at the Prize Zone Arcade on July 27, 2017. Prizes range in size from candy to small electronics, up to large prizes like a giant stuffed Minion.

A new outlet for entertainment in Pahrump opened at the end of July.

The Prize Zone Arcade, which had its grand opening on July 26, offers adults and kids a place to win prizes, play arcade-style video games and table games such as air hockey and pool tables.

Doug Bale, owner of the new arcade that sits just east of the Saddle West Hotel and Casino at 1330 S. Highway 160, said he had about 100 people stop by on opening day.

The 1,800-square-foot space features ticket-based machines, about one-third of the arcade, with the rest of the space based on instant prize redemption.

One machine, called the Whistle Stop, allows a player to drop a coin in and potentially win a DVD or movie instantly. Other machines like Deep Freeze, allow for players to collect tickets, which they can redeem for a variety of prizes from candy to electronics, to a giant stuffed Minion.

The cost to play varies by machine, with some machines starting at one token per play. The cost of one token is roughly equal to a quarter. Bulk purchases can lessen this cost.

Bale has been in the business for more than three decades—though his focus has been mostly on vending equipment sales, which he sells throughout the country.

“I have a flagship store, which is my sister’s store, in Oakland, California,” Bale said.

Bale said there is about 8,000 pieces of vending equipment at that shop at any given time.

Bale started out in the late ‘70s in San Jose, where he sold amusement equipment. He later moved to Reno, where he was a vending equipment distributor for 27 years.

For the last 10 years, Bale was in Las Vegas, where he was a vending distributor, he said.

Bale said he is now living in Pahrump full time, though he’s been in and out of town for the past 15 years, he added.

“The reason I set this store up is because I want to show people that in a small town, you can make this kind of business work,” Bale said. “It’s a good living for a couple.”

Bale said he’s set up about a dozen arcades over the last 30 years.

“I either set them up for other people, sold them equipment, got them on their feet or I’ve run them myself until I found a buyer,” he said.

Bale said he’ll hold onto this location “as long as I feel I’m having fun,” he said.

Having the store is also a great vehicle for Bale to sell equipment, he added.

The Pahrump location opens at 11 a.m. and closes at 9 p.m. Sunday through Thursday and 10 p.m. on Friday and Saturday.

Beverages are available through vending machines inside the arcade—with Pepsi and Coke products and water. The cost of a bottle of water is 25 cents.

Prize Zone offers a free eight-ball pool tournament every Saturday at noon. Sign-ups begin at 11 a.m. There is a limit to the first 16 entrants and players can not be older than 17 years of age.

Prize levels include 100 tokens for first place, 50 tokens for second and 15 for third place.

Eventually, there will be a space for tournaments for people in their 20s and 30s, said Bale.

“Because a lot of people like to play pool, some of them don’t like the bar atmosphere,” Bale said.