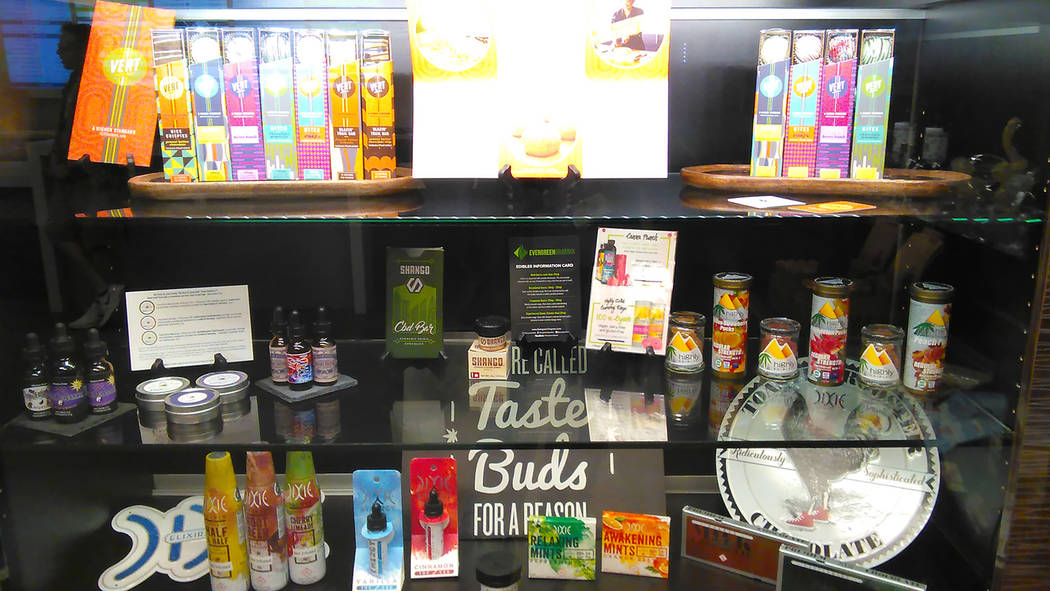 Selwyn Harris/Pahrump Valley Times The revenue from licensing establishments that cultivate marijuana, produce products from the plant or dispense marijuana products has been in dispute for years but a bill passed this year makes it clear that from July, 2020 onward, unincorporated towns are not entitled to any of that revenue, which will instead belong to the counties those towns reside in. 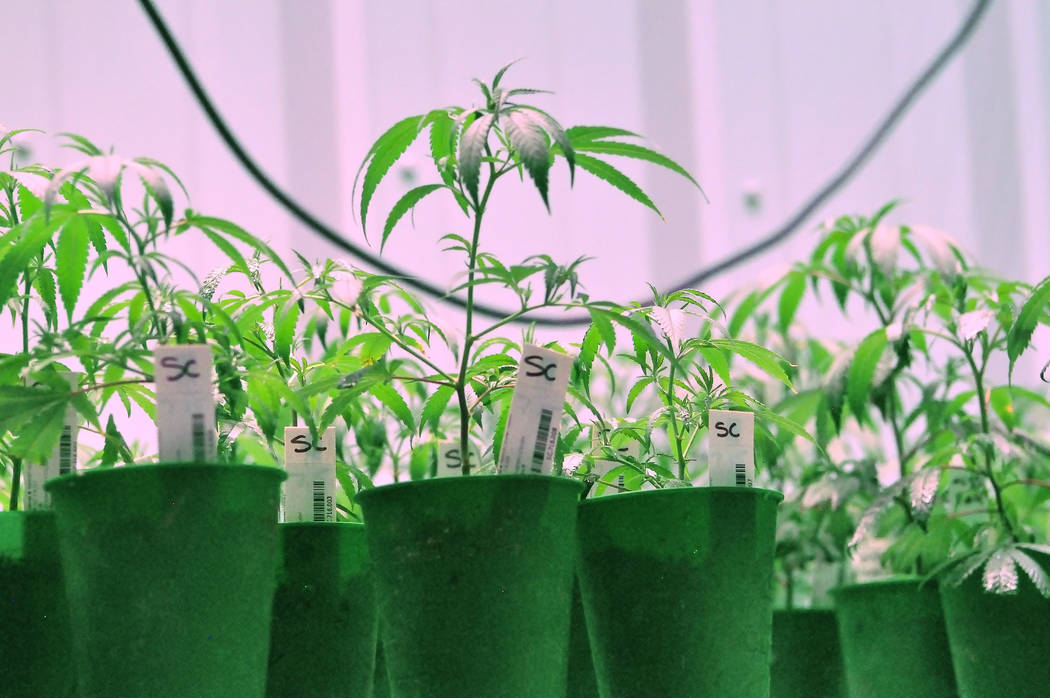 Horace Langford Jr. / Pahrump Valley Times Cannabis cultivation, production and dispensing has taken off all around Nevada and lawmakers recently passed an amendment to the law dealing with which entities are entitled to marijuana business licensing.

A bill passed by the Nevada Legislature this past session will change the law regarding which entities, unincorporated towns or the counties in which they reside, are entitled to the revenue from the licensing of marijuana businesses in those towns.

The new law has been altered so that revenue will go to the counties rather than the towns. This specific change, which applies only to unincorporated towns and their associated counties and does not include to incorporated cities, is set to go into effect next year.

In light of the new law, the Nye County Commission recently addressed an agenda item to petition the Nevada Legislative Counsel Bureau to reverse the opinion it issued late last year which said cannabis licensing money belongs to the towns. The county requests that bureau change its opinion to reflect the new amendment to Nevada Revised Statute 244.

Additionally, the commission agenda item came with two other parts addressing possible methods of dealing with the cannabis licensing money that has already been collected by Nye County. To date, that money has been held in a special account due to the questions surrounding who is entitled to those funds.

One of the agenda item options called for giving the affected towns, Amargosa, Beatty and Pahrump, a full share of the money already garnered and any licensing revenue that will be collected until July 1, 2020 when the new law goes into effect. The other option called for only a 60 percent share to be distributed to those towns. However, neither option was approved during the commission’s discussion on July 2.

“On June 12, 2019, Governor Sandoval signed Assembly Bill 533, a bill which created a Cannabis Compliance Board and, among other various things, deleted two words in the Nevada Revised Statute regarding how license monies from marijuana would be allocated. Those two words in section 198 of Assembly Bill 533 are ‘and towns’,” the agenda item detailed.

“That change becomes effective on July 1, 2020. A decision by the LCB had determined that towns should be awarded license money from marijuana, Assembly Bill 533 says otherwise and DTax recommended the change with a statement that ‘remove all references to town or townships as it pertains to licensing since towns or townships do not have the ability to license’. The LCB likely will change their opinion upon being informed of this. Regardless, the changes will go into effect on July 1,2020,” the item reads.

During the county’s July 2 meeting, Nye County Commissioner Debra Strickland made the first motion on the item, selecting the option that outlined giving the towns a 60 percent cut of the monies already collected and to be collected until July 1, 2020. However, she did not receive a second and her motion died.

Commissioner Donna Cox then took a swing at making a motion, calling for 100 percent of the funding previously collected and to be collected to be handed over to the towns. That motion also died for lack of a second.

Commissioner Lorinda Wichman explained her reasoning for not providing a second, remarking, “Whatever the LCB (Legislative Counsel Bureau) comes up with on their opinion may guide how we do (option) number three (distribution of licensing revenue).”

“What I would really like is to get the LCB to change their opinion, and then we can maybe decide what we want to do with the money,” commission chairman John Koenig agreed.

Going into further detail, Koenig explained, “The reason the Legislature changed the law was because DTax (Nevada Department of Taxation) said to remove all references to towns and townships since towns and townships do not have the ability to license. They did no work to get any money… therefore they are not entitled to get the money,” Koenig stated. “Planning and zoning did a lot of work to do the licensing, the sheriff’s office did a lot of work to vet the people. We did the work, we should get the money.”

Koenig likened the issue to licensing of liquor establishments, which is regulated by the county and all associated revenue goes to the county. It should have been that way with marijuana since the beginning, he asserted.

Strickland then put forward a motion to simply petition the Legislative Counsel Bureau to change its opinion, which passed 3-2 with Koenig, Wichman and Strickland in favor and Cox and commissioner Leo Blundo against.