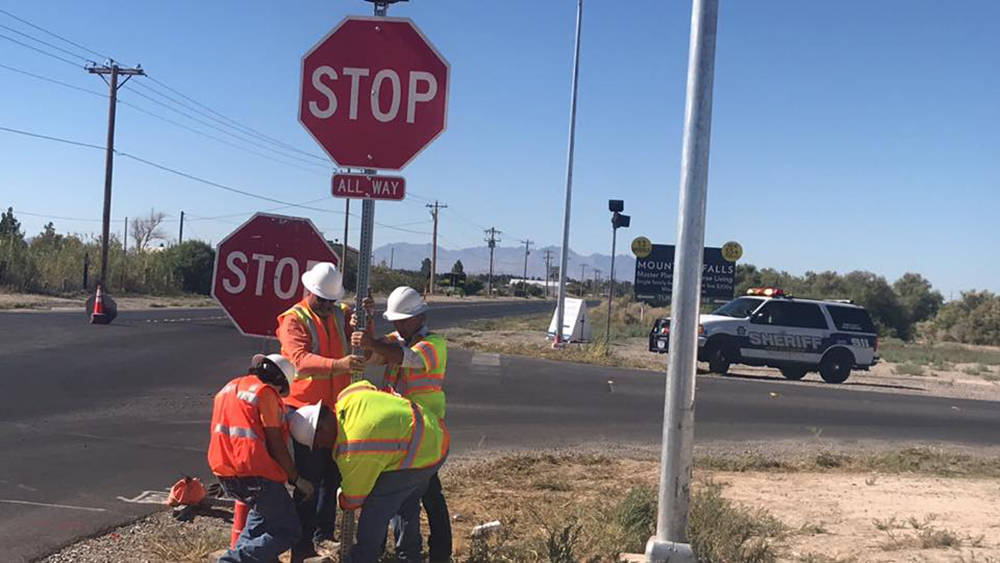 Special to the Pahrump Valley Times Provided by Nye County, this photo shows road crews erecting brand new stop signs at the corner of Homestead Road and Manse Road on Tuesday, July 2. The intersection is now a four-way stop. 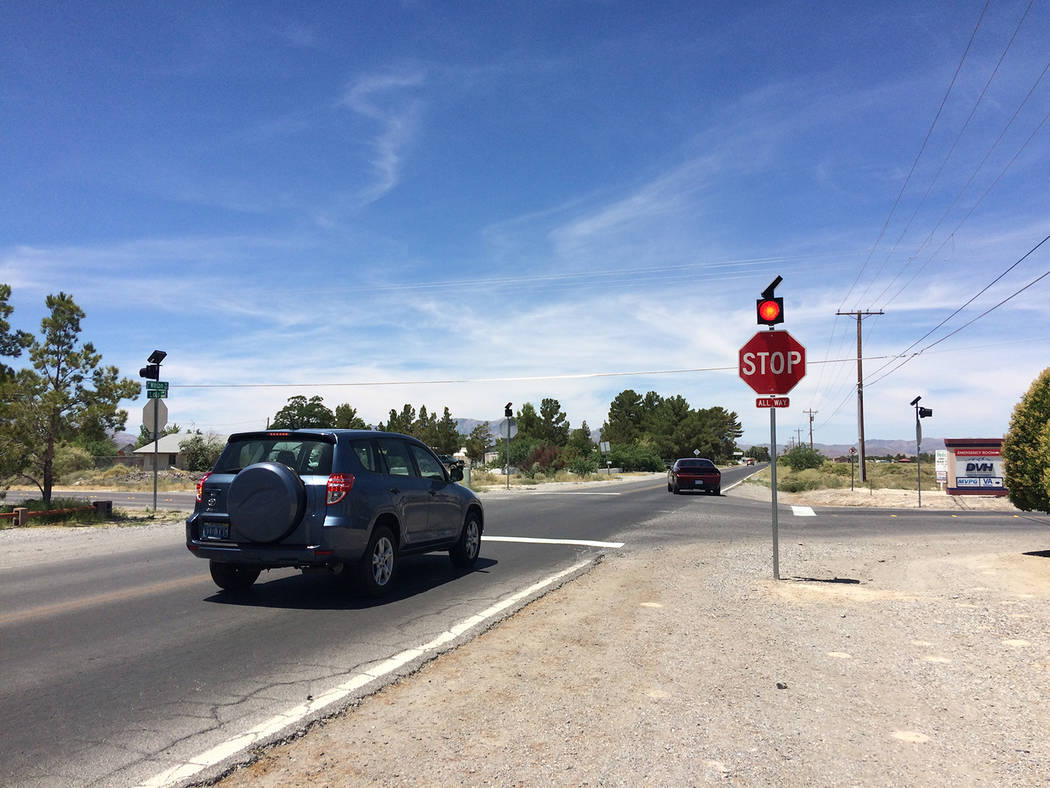 Robin Hebrock/Pahrump Valley Times New stops signs were also added to the intersection of Wilson Road and Lola Lane, as shown in this photo taken July 2.

The intersection of Homestead and Manse roads, as well as Wilson Road and Lola Lane, are now officially four-way stops with new stops signs, complete with flashing red lights, installed earlier this week.

The Nye County Road Department, at the request of the Nye County Sheriff’s Office and concerned valley motorists, undertook the placement of the new stop signs in Pahrump after providing the public with notice via electronic roadway signs indicating the looming changes.

The stops signs were installed on Tuesday, July 2, along with rumble strips to help alert drivers as they approach the intersection that they are now required to come to a halt.

New stops signs were also installed at the intersection of Blagg Road and Mesquite Avenue earlier this month.

The necessity of the new stop signs is supported by crash data and an associated report from Charles Abbott Associates, which recommended the installation of four-way stops as a method of curbing accidents in those areas.

According to information posted to the Nye County website, the crash data detailed a total of 17 collisions at Wilson Road and Lola Lane between since July 2014. Of that total, 14 were considered avoidable with a four-way stop. Seven of those 14 accidents involved injuries.

At Homestead Road and Manse Road, though crash data did not specifically determine the number of correctable accidents at the junction, the volume of traffic at that location was enough to warrant the install of a four-way stop. As detailed on the county website, since 2016, eight of the 13 reported crashes at this intersection resulted in injuries.

For Blagg Road and Mesquite Avenue, the crash data showed that since June 2015 there had been eight collisions, six of which were correctable with an all-way stop and three of which involved injuries.