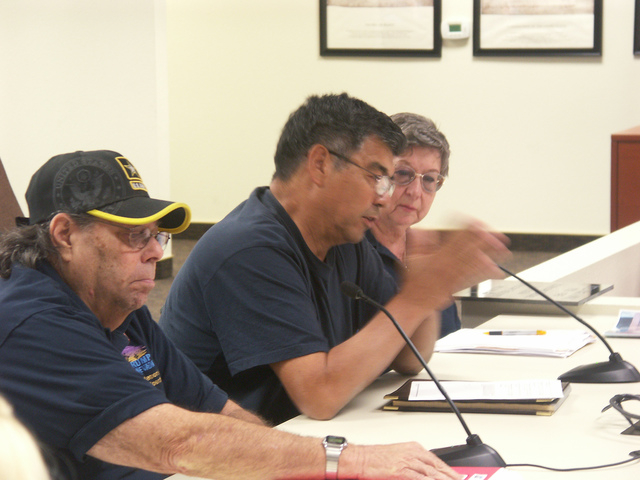 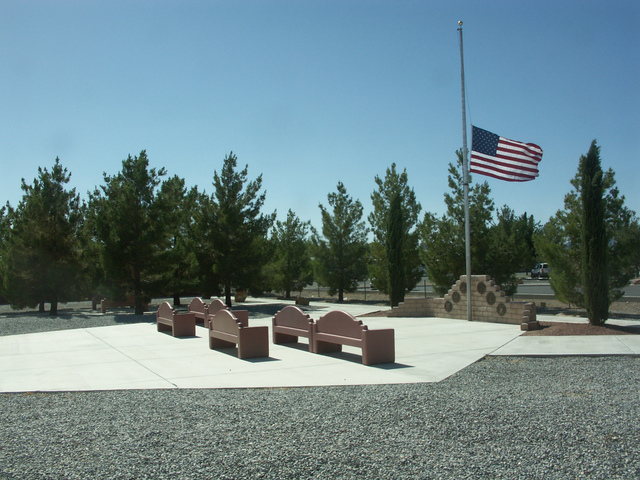 Pahrump Town Board members voted unanimously for some major upgrades to the veterans’ section of Chief Tecopa Cemetery this year. The addition of a Pahrump Veterans Memorial Walk was approved late last month.

The board’s decision comes after a series of Pahrump Veterans Memorial Advisory Board (PVMAB) meetings on the topic.

The proposed memorial walk, according to the board, would serve as an educational tool, which would include memorial markers or plaques commemorating each conflict of U.S. involvement from the American Revolutionary War to the war in Afghanistan, including the dates and length of the conflicts.

The markers will contain pertinent information on the wars including the number of personnel deployed within all branches of the military, as well as fatalities.

PVMAB member Alice Lubbers told town board members that along with the markers, there will be materials produced for local groups and students who tour the site.

“As visitors walk through the memorial we have a study guide with a brief synopsis of each war. These guides can be given free to school groups visiting the memorial and can be sold to the public,” she said.

PVMAB member Dina Williamson-Erdag said the board chose granite as the preferred material for the markers, which will be displayed along the memorial walk.

“The markers we are going to use will be approximately 16 x 16 inches. They will be placed around the perimeter of the veterans memorial section in a wedge shape so they won’t be flat on the ground, making it easier to read. They will also be placed in concrete,” she said.

Williamson-Erdag also noted that the board selected one of three local vendors, Richard Cloutier, owner of Rhino Graphics, for the project.

“We did verify this particular vendor, and other vendors, were licensed and had taxpayer IDs by the Town of Pahrump. We did not want to proceed with anyone who did not meet those specifications,” she said.

Town Board Vice Chair Bill Dolan questioned if there would be 12 or 13 markers along the memorial walk which prompted PVMAB Chair Carl Jones to explain an issue with the local Paiute Indian Tribe in relation with the project.

“We had 13 markers and one was about the Indian War. We had a sub-committee to try and get the Paiutes to see how they wanted it represented. We had 13, but if there were any problems we could just go with 12. We didn’t want to hold up the process. The sub-committee is working on that right now,” he said.

Though both boards felt comfortable enough with moving forward on the proposal, one local resident, Eddie Jim had strong feelings against the memorial walk.

Jim, Pahrump Paiute Tribe Chairman, told both boards in no uncertain terms that he was opposed to the memorial walk at Chief Tecopa.

He said he should have been advised of the project when plans were first made.

“This is the Pahrump Paiute Tribe Cemetery and you guys just don’t understand Native American culture,” Jim said in part.

His comments were countered by Harley Kulkin who said Jim had plenty of opportunities to voice his concerns at PVMAB meetings many months ago.

“I have invited Mr. Jim many times to get involved with the advisory board so they have a presence where we can hear them and address their concerns. It makes it a little difficult when you won’t get involved and just show up at a meeting and have something negative to say. It puts people on the spot to wait till the last minute, when we have spent so much time trying to do things,” the chairman said.

Nevertheless, town board members voted 5-0 to move forward with the memorial walk project.