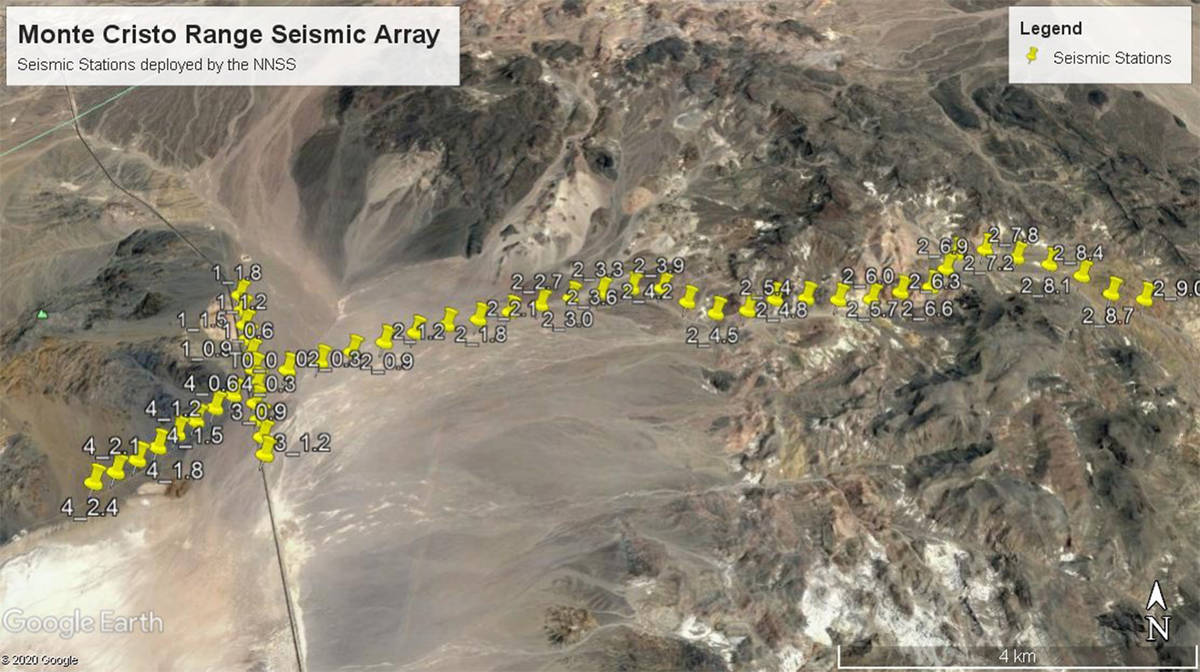 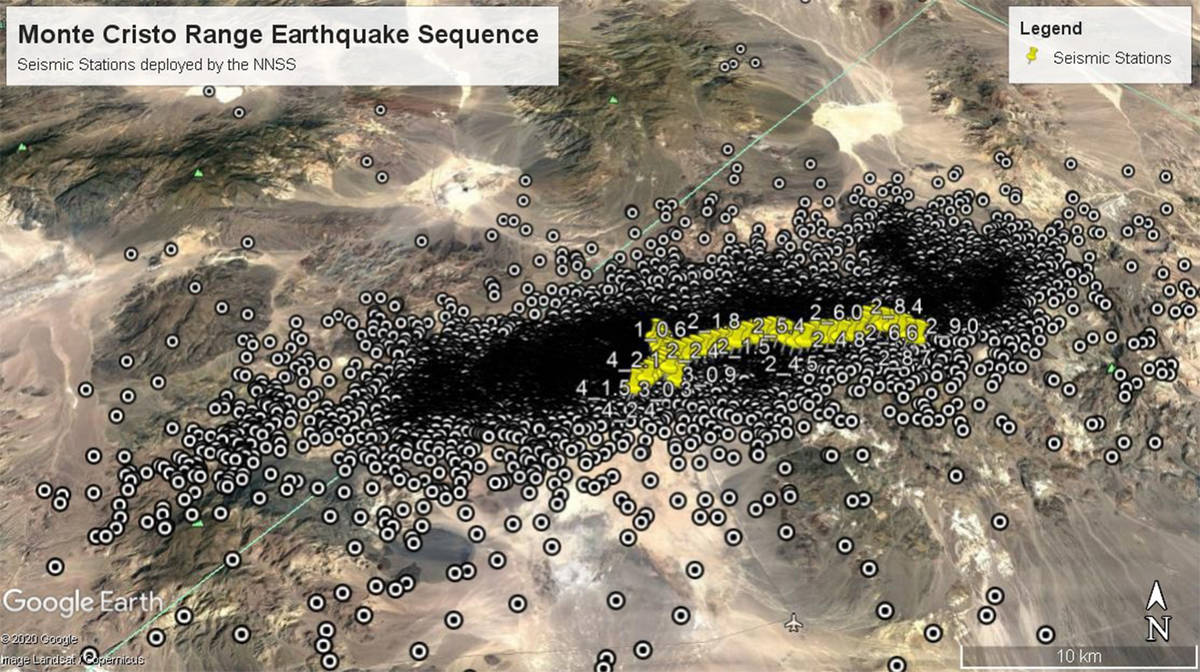 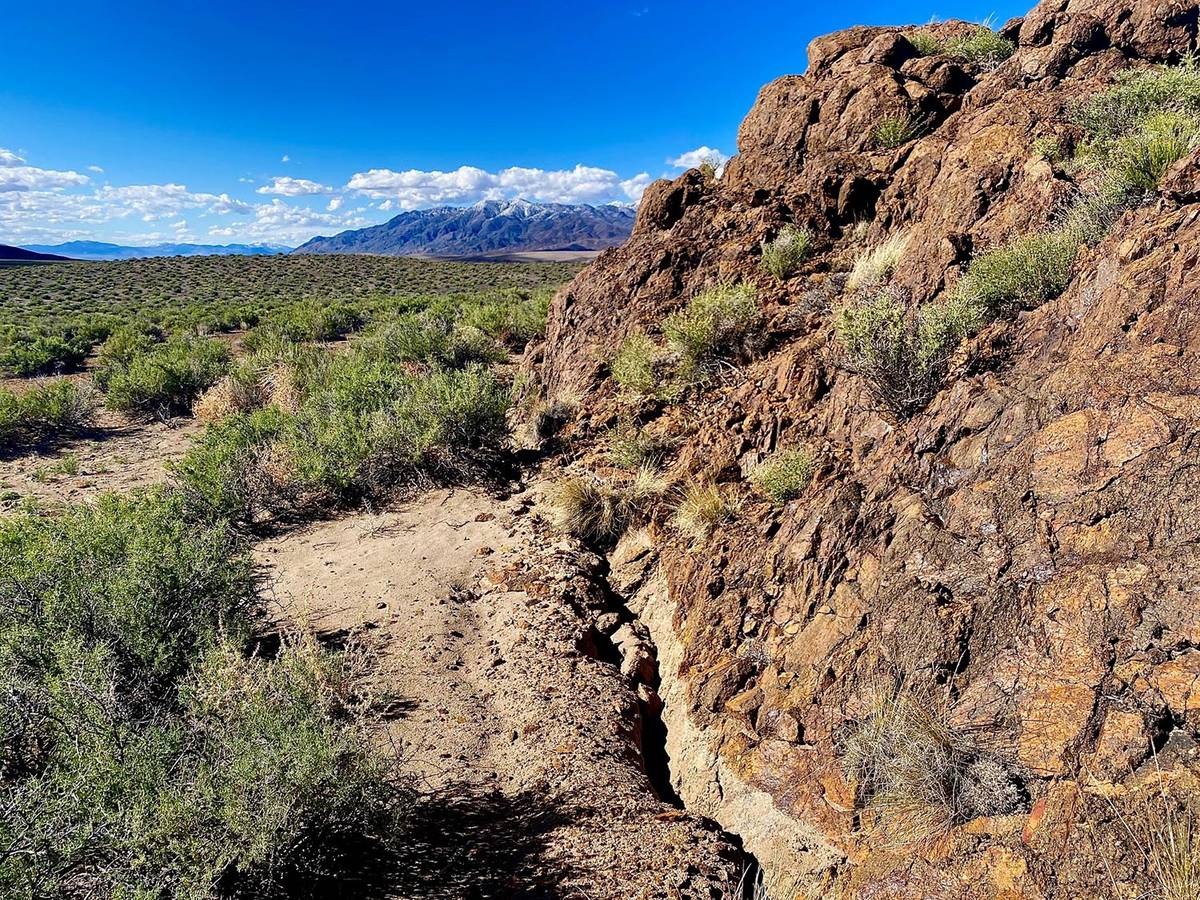 Special to the Pahrump Valley Times Following the 6.5 magnitude earthquake that struck the Monte Cristo Ridge area in central Nevada on May 15, the NNSS deployed 48 seismic stations. The quake was the largest in over six decades.

The Nevada National Security Site is improving the nation’s capability to detect nuclear testing by ongoing monitoring of a recent Nevada earthquake.

Following the 6.5 magnitude earthquake that struck central Nevada on May 15, the NNSS deployed 48 seismic stations. The event, which struck the Monte Cristo Range, was the largest earthquake Nevada has experienced in 66 years.

In 2018, the NNSS received a new capability for the Dry Alluvium Geology experiment in the form of 500 portable seismic stations. These stations can be deployed in a short amount of time and can collect data up to 30 days.

NNSS senior principal scientist Cleat Zeiler, Ph.D., safely responded to the event after coordinating with the United States Geologic Survey and University of Nevada, Reno to optimally place sensors along the fault. With the help of facility personnel, Zeiler programmed and prepared 48 systems, weighing a total of 1,000 pounds, to deploy across the fault in central Nevada. As Zeiler was preparing a site for deployment, he felt a 3.0 magnitude aftershock and heard the sound of breaking rocks.

“That experience alone made my tired and aching body rejuvenate,” Zeiler said. “It put the whole collection in perspective. I would be collecting a one-of-a-kind data set.”

Within 24 hours of the main shock, he had all 48 stations operational. Normally, this level of effort would take several teams a couple of weeks to deploy, but the new capability provides a unique opportunity to respond quickly and effectively.

While most earthquake sequences wrap up in a month, this sequence was active for three months. Since the seismic stations only last 25 to 30 days, student interns Michelle Dunn and Ryan Jensen assisted Zeiler in swapping instrumentation and conducting seismic hazard assessments during the active period. Dunn is also using the data to determine the seismic hazard associated with the region.

The primary reason for the data collection from this earthquake is the shallow nature of the aftershocks. Most events are 8 to 10 kilometers deep; this sequence had events ranging from 1 to 20 kilometers deep. This information will allow the NNSS to understand how to determine if shallow aftershocks are explosions or earthquakes, as the depth of an aftershock is typically the best indicator.

With this set of data, the NNSS will be able to show the range of earthquake signatures and further the nation’s capability to detect nuclear testing.