By Steve Tetreault and Howard Stutz Special to the Pahrump Valley Times
December 12, 2014 - 7:01 am 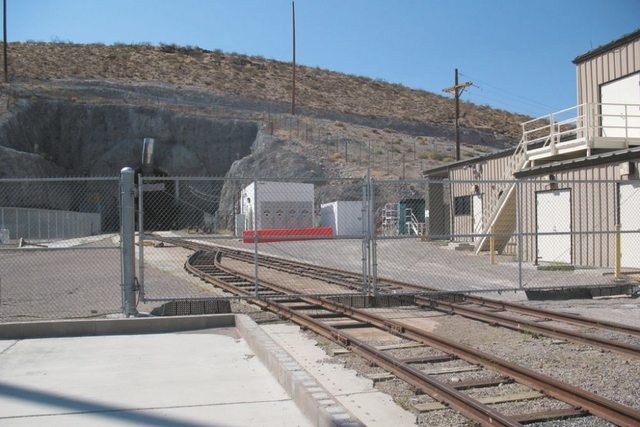 WASHINGTON — Congress in its final major bill of the year unveiled Tuesday declined to support a call by billionaire casino owner Sheldon Adelson for a ban on legalized Inter­net gambling.

The bill also provides no funding to revive the Yucca Mountain nuclear waste project. But it does allocate $442 million of “payments in lieu of taxes” to be divided among Western counties that contain substantial tracts of federal land.

The $1.1 trillion measure would fund most government operations through September of next year, making it a must-pass measure. It also contains dozens of individual policy provisions sought by lawmakers and special interests.

House leaders also declined to get involved in a battle that caused a major split in the casino industry and sparked speculation of an unusual alliance between Senate Majority Leader Harry Reid of Nevada and Adelson, a leading conservative.

The omnibus spending bill did not contain Adelson-sought provisions that would reinstate federal law to ban all forms of Internet gambling. A December 2011 Justice Department opinion held that the relevant law, the Interstate Wire Act of 1961, only outlaws sports betting online.

Reid said Tuesday this year’s debate over online gaming essentially would be over if the spending bill was silent. It would be the third consecutive Congress that tried to form a federal strategy on legalized Web gambling only to fall far short of agreement or consensus.

“If we can’t get it into the omnibus, it won’t be in anything,” Reid said in a brief interview of the online prohibitions. The spending bill is the last must-pass bill being formed before lawmakers adjourn this week or next week.

Caesars Entertainment Corp. officials were happy anti-Internet gaming language was out of the bill. The company operates online gaming sites in Nevada and New Jersey.

“We believe that banning Internet gaming is bad public policy from our perspective,” said Caesars Senior Vice President of Government Affairs Jan Jones Blackhurst. “We’re pleased this issue will be discussed openly and not hidden in some omnibus bill.”

Reid has said little about Internet gambling this year.

He had supported legislation that would ban online wagering but carve out an exemption for Web poker whose advocates argue is a game of skill and not of chance. That position was consistent with Nevada law that legalized Internet poker but not other forms of online gaming.

In recent months Reid became the subject of speculation that he was in alliance with Adelson, chairman of Las Vegas Sands Corp., and one of the nation’s prominent conservatives. The two have said they have a friendly relationship even though their politics are diametrically opposite. Adelson also is a major financial supporter of Republicans, who could cause problems for Reid’s re-election in 2016.

The $1.1 trillion spending bill also contained other items affecting Nevada. Among them:

• It grants the Environmental Protection Agency $7.85 million to begin re­locating Las Vegas offices and laboratories from the campus of UNLV to the Harry Reid UNLV Research and Technology Park in the southwest valley.

• It renews the Travel Promotion Act, the federal-private sector partnership that promotes U.S. destinations to visitors from overseas.

• It prohibits the Fish and Wildlife Service from writing a final decision in 2015 whether sage grouse populations in Nevada should be declared an endangered or threatened species.

• It allocates $2 million for programs combating the invasive quagga mussel, with priority to go to Lake Mead in Nevada and Lake Powell in Utah and Arizona.

• It prohibits the Drug Enforcement Agency from spending funds in any way that might undermine medical marijuana programs in states where they are legal, including Nevada.