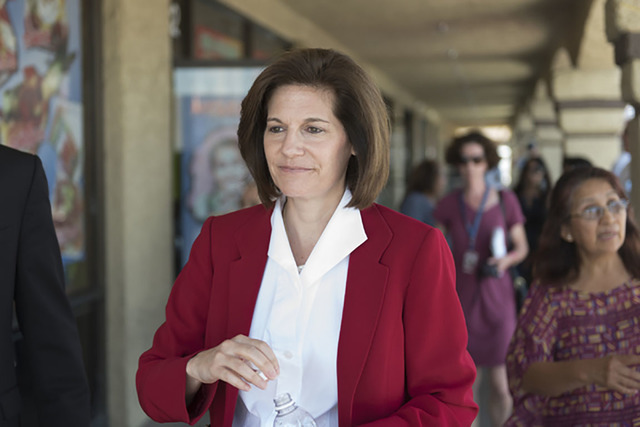 Dark money is flowing into the U.S. Senate race in Nevada, including a shadowy group with a reputation for controversy in its portrayal of foreign policy issues.

The groups nonprofit status allows it to spend money against candidates without disclosing its donors to the public as political action committees are required to do.

Dark money groups bankrolled by special interests are propping up Congressman Hecks campaign to distract from his voting in Washington with Republicans against Nevadans, said Zach Hudson, a spokesman for Cortez Masto.

The organization didnt respond to queries from the Review-Journal. Outside groups such as SecureAmericaNow.org arent legally allowed to coordinate with campaigns, though they can spend money supporting and opposing candidates.

The group has drawn attention in the past not for spending large money but for the content of its ads. For example, the magazine Foreign Policy reported the organization pulled an ad during the 2014 election cycle that attacked Democrats and showed U.S. journalist James Foley shortly before a terrorist beheaded him. The group replaced the ad with an edited version after a barrage of criticism, the magazine reported.

SecureAmericaNows website says little, if anything, about those supporting the effort, but boasts on its homepage that its grassroots army is 3,200,000 strong and that its focus is fighting to keep our nation secure.

In its 2014 filing with the IRS, the organization calls itself a nonpartisan advocacy and social welfare organization dedicated to mobilizing a broad-based grassroots coalition of national security activists. Further, the group says it has a focus on the dangers posed to America by the development of nuclear weapons by Iran and radical Islam.

The organization reported raising $3.2 million in 2014 but after expenses netted $87,651. Most of its expenses, nearly $2 million, are classified as costs tied to program service expenses and fundraising efforts. Other expenses include $91,215 for an international factfinding trip. Records dont indicate where the group traveled.