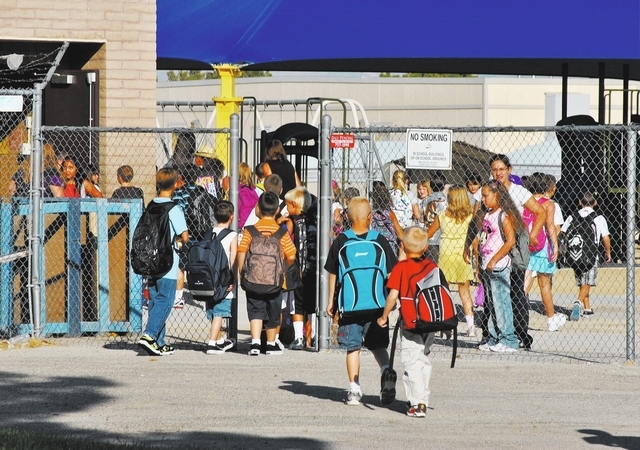 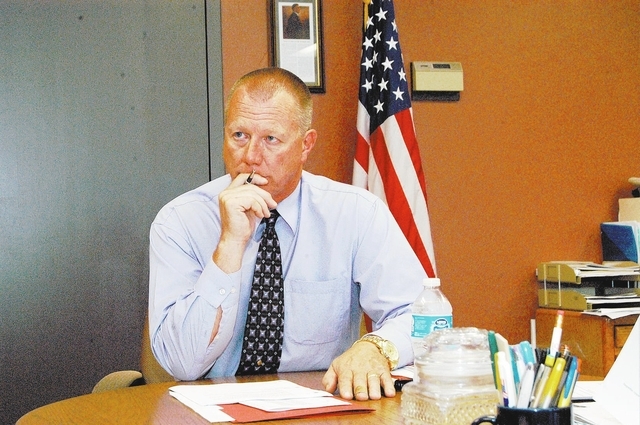 To re-zone or not to re-zone?

That’s the question facing the Nye County School District Board of Trustees this month.

NCSD Superintendent Dale Norton said the board recently gave approval for the district to conduct studies for the possible re-zoning of Pahrump’s K-5 attendance area.

He noted that the issue is not a very popular one, especially for parents whose kids have attended the same school for the past several years.

“I know it’s not anyone’s favorite topic and I just wanted the board to allow staff to look at the enrollments at elementary schools.” Norton said. “We have some disparities in the number of students at each site. We also want to look at the educational issues and values of re-zoning and of course the fiscal impact and responsibility of maintaining those four elementary schools,” he said.

It’s not the first time the district has been faced with re-zoning matters.

The action resulted in the relocation of more than 500 students to other elementary schools in the valley.

NCSD Trustee President Traci Ward said even though the board voted to approve the study, nothing has been set in stone.

“I don’t know exactly what Mr. Norton wants. He does want to at least look at it so we will look at it,” she said.

Ward did say that the action is not something that most parents would embrace.

“It’s very disruptive for both the parents and students. I personally like to avoid the issue as much as possible. I haven’t seen what Mr. Norton has planned, but I don’t see how you can make things better than what we are doing now. He obviously sees something that I don’t see. I am going to wait and find out exactly what he has planned,” Ward said.

Board member Robert Mobley said this week that the crux of the matter relates to schools located on the valley’s south end of town.

“It’s the issue of having both Floyd and Hafen elementary schools about a mile and a half apart. You have folks who live really close to one another where the street separates them. All of the kids play together but they go to two different schools,” he said.

A local parent whose child attends Floyd Elementary School said on Tuesday that she does not favor any type of re-zoning that would uproot her child from his original school.

The woman, who would only give her first name, Nancy, said she would urge district officials not to take any action on the study.

“My son started here as a kindergartener and now he’s in the fourth grade. He’s made a lot of friends and really likes his teachers. I would hate for him to have to finish at a different school because he’s made such good progress in his classes. I really think this is a bad idea and I hope they don’t do it,” she said.

According to the district’s most recent Class Size Report (CSR), more than 1,700 students are enrolled in Pahrump’s four elementary schools.

NCSD Director of Maintenance and Transportation Cameron McRae said this week that he has been tasked with providing all of the planning and coordination for the study.

His work will focus mainly on making enrollment more uniform throughout all of the elementary schools in the Pahrump attendance area.

“I have been asked to look at and put together the logistics of what re-zoning could look like in a couple of options based upon the attempt to level out the school zone populations. We also have an obligation as a district to stay within what’s called a comparability standard but I am only doing the logistical numbers for this study,” he said.

Once the study is completed, the district will seek public opinion about the re-zoning issue during an upcoming Board of Trustees meeting.