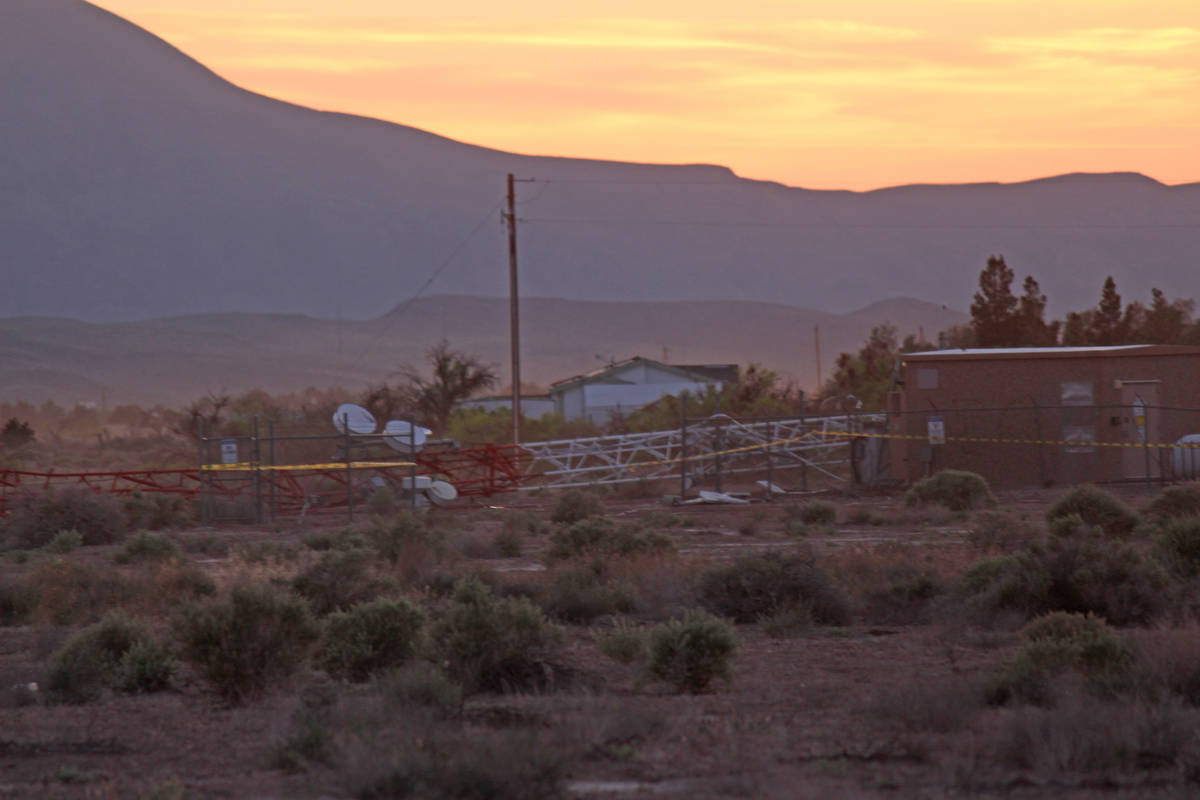 Jeffrey Meehan/Pahrump Valley Times Nye County Sheriff’s Office detectives are conducting an investigation, in coordination with the Joint Terrorism Task Forces, and the FBI on the destruction of a cell phone tower in Pahrump. 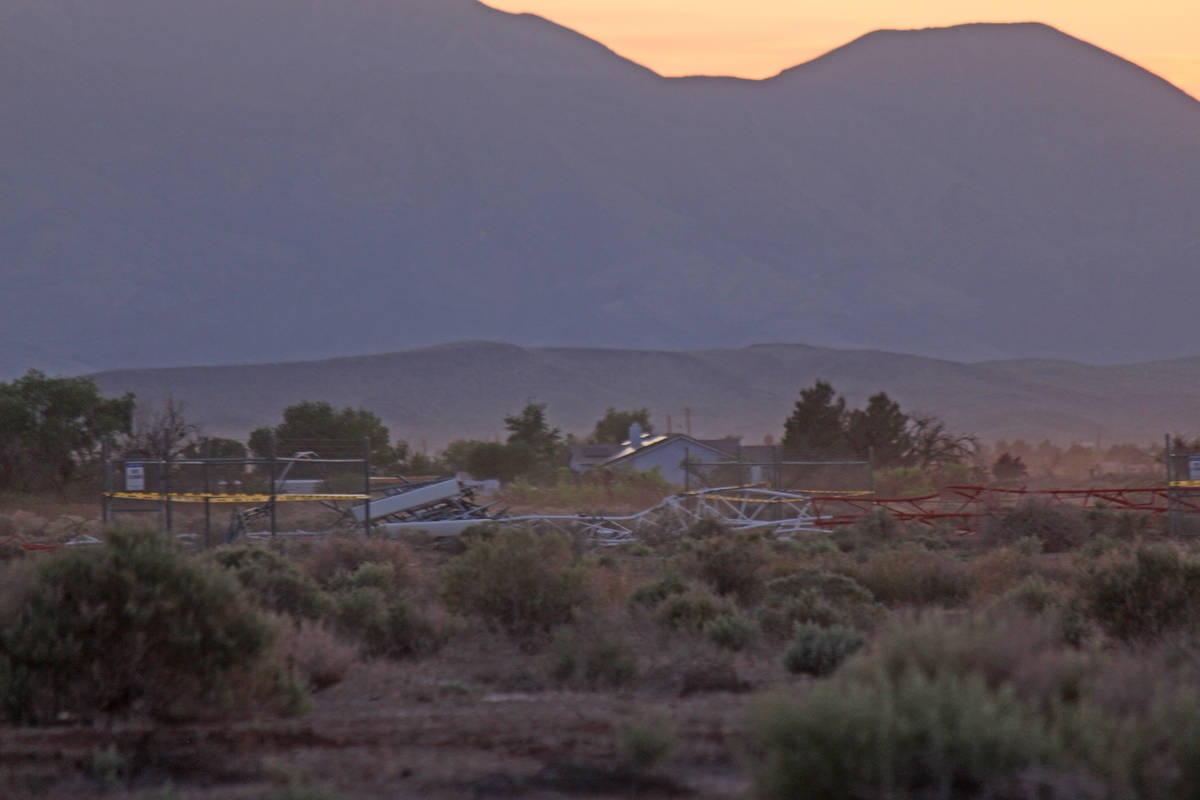 Jeffrey Meehan/Pahrump Valley Times A more than 350-foot-tall cell phone tower near Gamebird and Blagg roads was destroyed, according to a May 5 report from the Nye County Sheriff's Office. 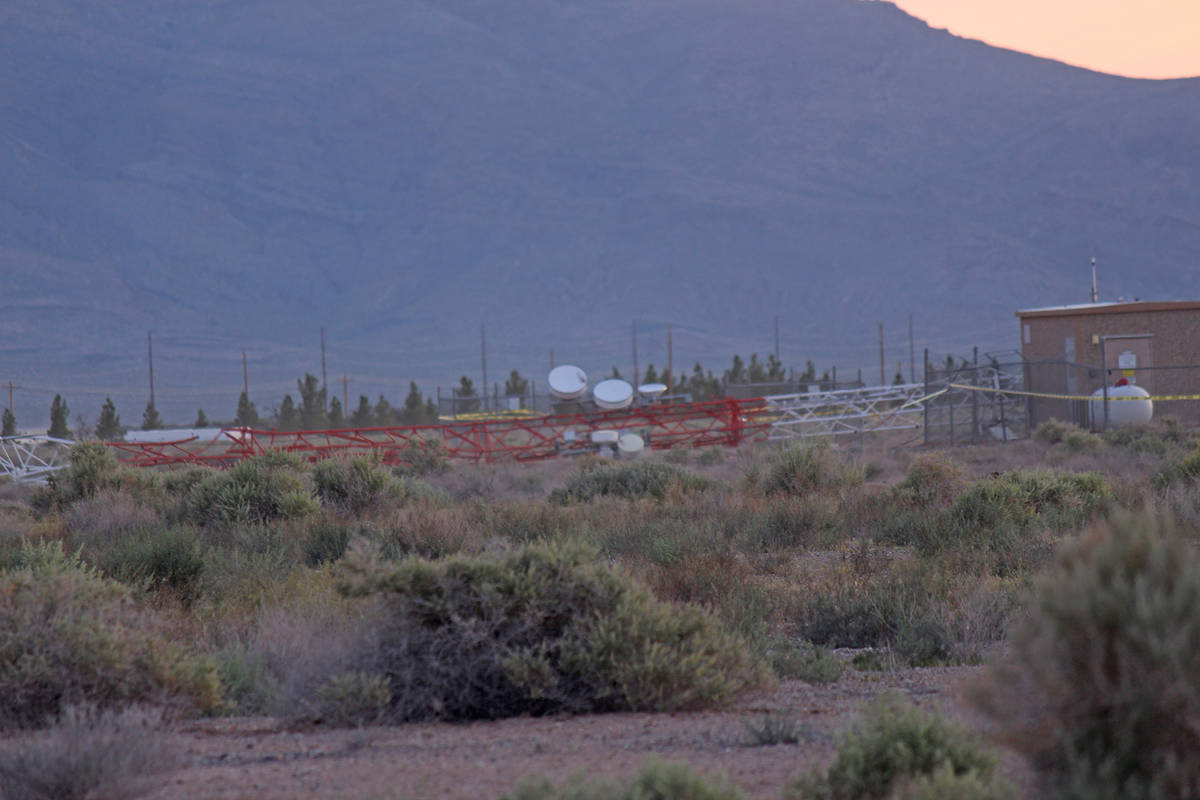 Jeffrey Meehan/Pahrump Valley Times A more than 350-foot-tall cell phone tower near Gamebird and Blagg roads was destroyed, according to a May 5 report from the Nye County Sheriff's Office.

An apparent act of “vandalism” in Pahrump has prompted a multi-agency investigation that includes county and federal officials.

As stated in a Nye County Sheriff’s Office video news release, deputies were dispatched to the area of Blagg and Gamebird roads on the morning of May 5 for a report of a felled cell tower.

“Upon arrival, deputies discovered that the cell tower had been vandalized, and had been knocked to the ground,” the release stated. Nye County Sheriff’s Office detectives are conducting an investigation in coordination with the Joint Terrorism Task Forces and the FBI.

According to the FBI’s website, the Joint Terrorism Task Forces are locally-based multi-agency partnerships between various federal, state, and local law enforcement agencies tasked with investigating terrorism and terrorism-related crimes, led by the Federal Bureau of Investigation and the U.S. Department of Justice.

No other details have been released about the tower’s destruction.

American Tower, the company that owns the more than 350-foot cell phone tower in Pahrump, now spread across the desert floor, is planning to rebuild the tower once authorities finish with their investigation.

“American Tower is planning to rebuild the site once local authorities finish their work on it,” said Matt Peterson, vice president of communications at American Tower, in an email. “To assist customers who had equipment on the tower, we are working with them to install a temporary cell on wheels so that service continues.”

Cell phone carriers were affected by the destruction of the tower.

In an email, a spokeswoman for Verizon said the company “leased space on the tower for our wireless facility (cell site) equipment.”

Heidi Flato, public relations manager for Verizon Consumer Group, said in a Wednesday email, “Since the tower was destroyed earlier this week, we have made adjustments to cell sites in the surrounding area to make up for much of the lost coverage, so the customer impact is minimal. We are working on a temporary solution that will compensate until the site can be rebuilt.”

According to information from the Federal Communication Commission’s website, the tower was constructed in 1998.